Luke Youlden was declared the winner of the opening ARMOR ALL Race for the Grid after a major accident brought out the red flags.

Todd Hazelwood walked away from a destroyed #4 Brad Jones Racing Holden after a high-speed crash at Turn 6 on the penultimate lap.

Hazelwood was tagged into a spin by Jonathon Webb before hitting the tyre wall rear-on and flipping multiple times before the Commodore landed on its side.

Webb, who had been directly behind David Russell’s Nissan on the 265km/h approach, locked a right-front tyre before nudging Hazelwood. 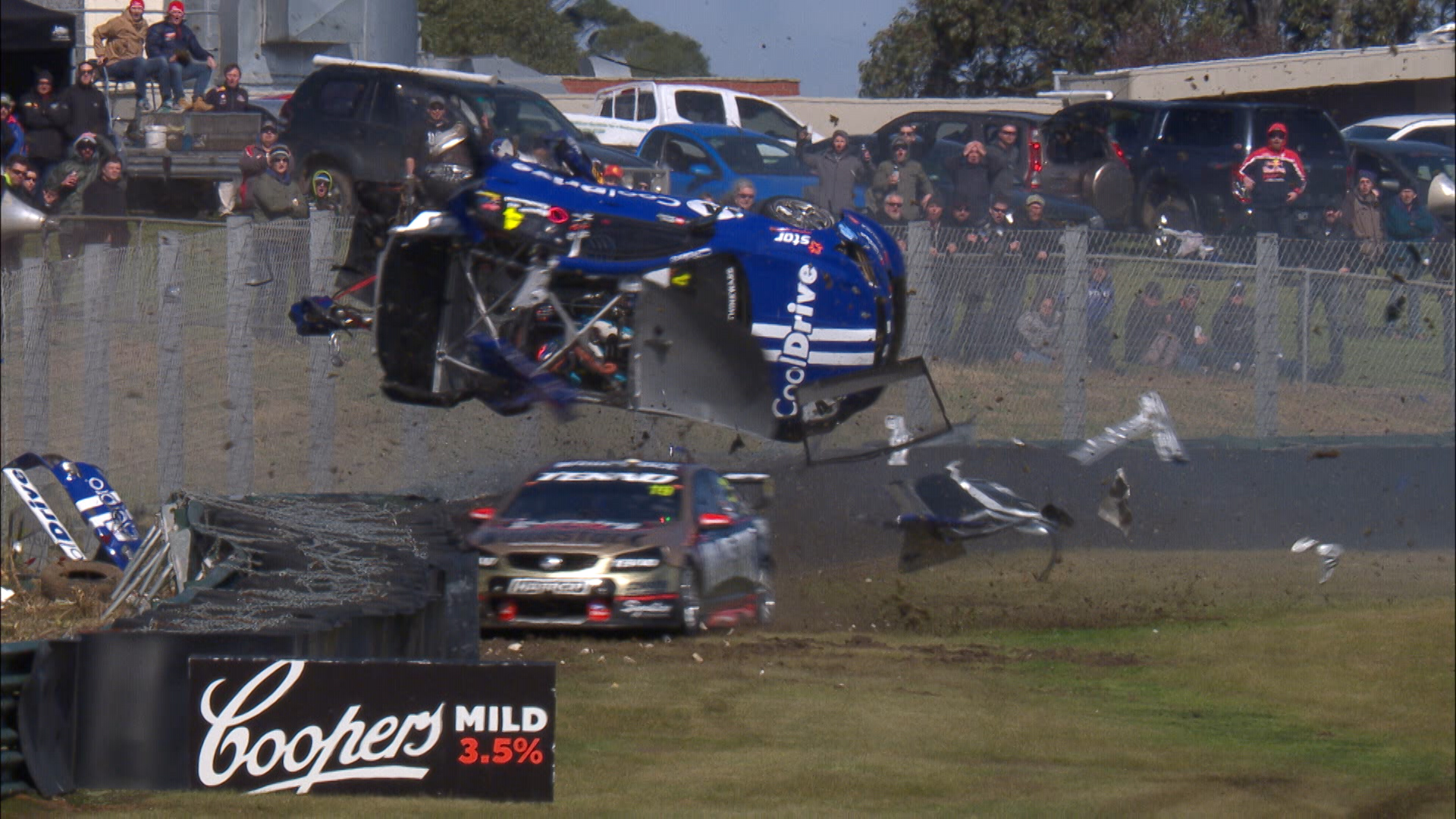 Youlden meanwhile was awarded the win having made the most of David Reynolds’ effort aboard the Erebus Holden in the earlier qualifying session.

It is the second time that Youlden – in his first PIRTEK Enduro Cup with Erebus after spending 2016 with Shell V-Power Racing – has won one of the Sandown qualifying sprints, having done so in 2012 while driving alongside Shane van Gisbergen at Stone Brothers Racing, a year after splitting with Ford Performance Racing.

"Last time I got sacked by a team, I won the race a year later, so maybe it’s one thing I need to do every year, get sacked!" he joked.

"I don’t think it’s the motivation I need, to be honest, but I found myself in a really good team, really good car and fingers crossed Dave can do it again and we can start from P1 tomorrow."

The result sets the starting order for the second ARMOR ALL Race to the Grid, which in turn determines the grid for tomorrow's Wilson Security Sandown 500.

Alex Premat (Shell V-Power Racing) stalked Youlden throughout the race before losing second to a flying Richie Stanaway just prior to the stoppage.

Red flag regulations, however, mean the result is taken from the end of the previous lap, handing the place back to the Frenchman.

Dean Canto and Paul Dumbrell rounded out the top five, with the latter having provided much of the race’s entertainment as he passed James Golding and then Steve Owen.

Dumbrell proved unafraid to take risks in order to move up from seventh on the grid, twice running through the grass at the top of the hill as he battled with Golding.

Sixth through 10th in the final result were Owen, Tony D’Alberto, Golding, Chris Pither – who charged from 18th on the grid – and Dean Fiore.

Matt Campbell was 25th in Shane van Gisbergen’s Red Bull Holden after his race fell apart on the opening lap.

Starting 16th, Campbell lost several spots off the line before a touch from Taz Douglas at the exit of Turn 4 spun the Porsche factory driver.

Despite bouncing off both Hazelwood and the inside guardrail, Campbell rejoined with the car undamaged and soldiered on to the finish.