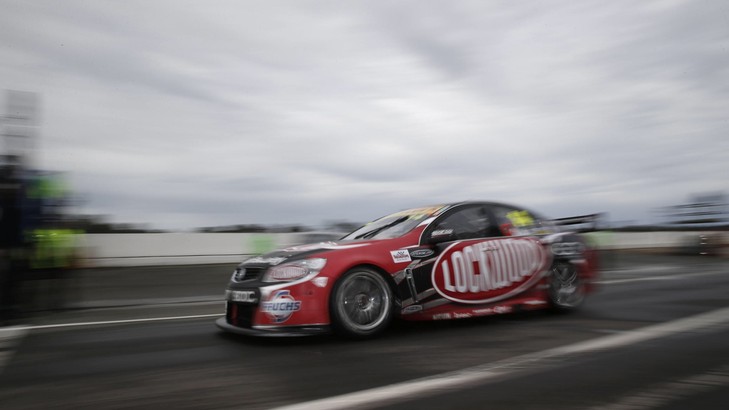 “It feels like I’m driving a Formula One car!” van Gisbergen declared over the radio, after having told engineer Geoff Slater earlier the track was "really grippy".

A red flag appeared at the halfway point for the third time in as many sessions, Michael Caruso again veering off-track.

Tim Slade shot to the top on green tyres, but another red flag for Scott Pye meant it was a five-minute dash to the chequered flag.

Craig Lowndes, Slade, Jason Bright, Jamie Whincup, Rich Kelly, Scott McLaughlin and Will Davison made the top 10 – making Ford the only manufacturer not to feature.

Others to note include first Falcon David Reynolds in 13, Mark Winterbottom 19, Garth Tander 20 and James Courtney 22.

The V8 Supercars hit the track for back-to-back 10-minute qualifying sessions at  11am, with two 100km races around Winton to follow.

Fabian Coulthard  ›
15' Team BOC and Freightliner Racing ›
2014 Winton 400  ›
Stay In The Know
Sign up to the Virgin Australia Supercars Championship Newsletter
This website uses cookies to improve your user experience. By continuing, you will be providing your consent to our use of cookies.Ok