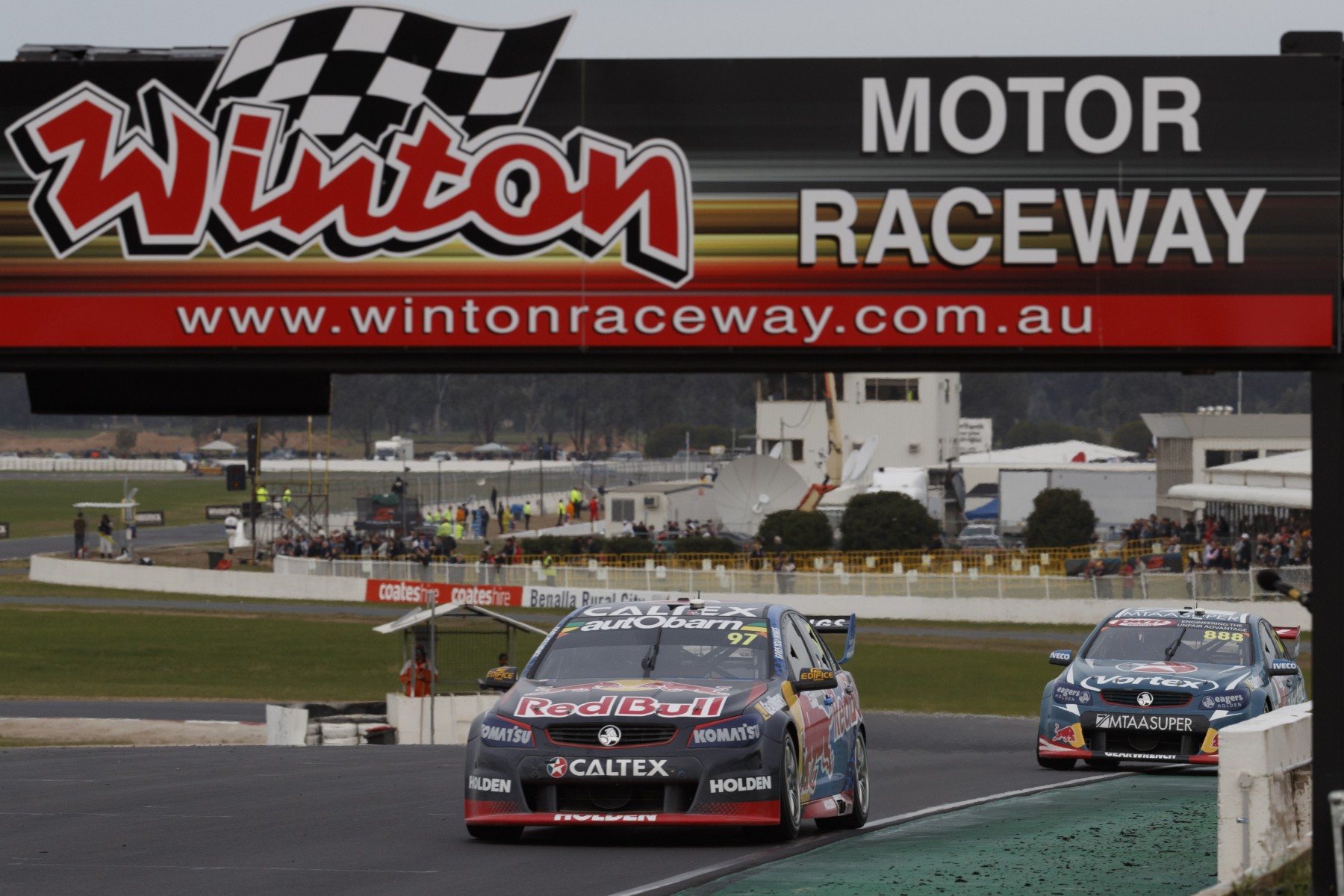 Supercars drivers will again have new bitumen to explore during practice at the Winton SuperSprint following recent upgrades to the surface.

The entire 3.0 km layout was resurfaced at the start of 2016, dramatically increasing grip levels and seeing the Supercars qualifying and race lap records smashed.

Bitumen at several corners broke up under the strain 12 months ago, requiring patchwork to be undertaken.

Several corners have received further reinforcements ahead of this weekend, which Benalla Auto Club CEO Chris Lewis-Williams is confident will be up to the task.

The work has been done alongside upgrades to the inside of kerbing at Turns 1, 2 and 6, which will also be felt out by the drivers in practice.

“Initially we did some quite small patches (last year), but about five weeks ago we extended those to be about two car widths wide on quite a few corners.

“We’ve had a couple of Supercars, Porsche Cup cars and the like testing, as well as a couple of state-based race meetings, and we’re fully confident that it’s up to the task.

“Everything we’ve done has been about getting through this May period of Supercars and Winton Historics and we’re working with Downers on a permanent solution after that.”

Among those to have tested following the latest resurfacing is SuperSprint wildcard driver Macauley Jones.

Jones says that the nature of the patchwork will add an extra challenge for drivers, especially if rain arrives as forecast.

“It’ll play a big part in it,” Jones told Supercars.com.

“They haven’t done the whole corners, they’ve just done patches that are about three metres wide, which might play a part in passing.

“The wet conditions will make it tricky as well with different surfaces on the inside and outside of some corners.

“The patches look very polished, they’re smooth with not much in the way of gaps between the stones, but I think it’ll be quite grippy with some more rubber down on it.

“The grip felt reasonably consistent (during the test), but there’s a few bumps between the old and new surfaces which are noticeable in the car.

“I don’t think it’ll break up again though, which is the most important thing.”

Heavy rain is forecast to hit the circuit today, which Lewis-Williams says the circuit has also prepared for the best it can.

“Part of the upgrade plan was that we did quite a lot of drainage work as well, particularly to move the water away from the verges,” he said.

“Time will tell, but hopefully it’s not a deluge. The weather reports have been improving so once we get through today hopefully we will be alright.”

Supercars action will kick-off with an additional driver session at 10:50am, where Jones will drive Nick Percat’s #8 Holden.

18/05/2017
Stay In The Know
Sign up to the Virgin Australia Supercars Championship Newsletter
We use cookies to ensure that we give you the best experience on our website. If you continue to use this site we will assume that you are happy with it.Ok