Winton ‘a weight off the shoulders’ for Holdsworth

Season-best qualifying and race results on Sunday at Winton came as a relief to 2019 Tickford Racing recruit Lee Holdsworth.

The Bottle-O Racing entry started eighth and finished the 67-lap race as the top Tickford Mustang in fifth.

By contrast to the other five Mustang runners, Holdsworth has largely struggled with the new package, particularly in qualifying.

“It was great, a big weight off the shoulders to get it into the 10 today,” said Holdsworth, who has risen to 12th in the championship standings.

“I knew if we could start towards the front we would end up making some moves in the race and moving further up.

“I said I'd be happy with a top five and we brought it home in the top five.

“It’s good to finish with a stronger car than we started with.

“The most positive thing for me is that we've made another step in the right direction, I feel, for qualifying and for the racecar, to make me comfortable, rather than me coming to the car.

“Hopefully we can build on this for the rest of the year.”

Asked what he’s struggled with the most this season, Holdsworth explained there’s more work required to completely have the car to his liking.

“The car is very loose on turn-in and with my driving style it’s really just not gelling and the harder you drive it the worse that gets because it creates more pitch and you unload the rear more,” he added.

“It is about thinking ahead and making sure we patch that up coming into qualifying when you actually brake super-deep.

“Once we have the fix for it I'm sure it'll be an improvement for the rest of the year, it has been a consistent problem for qualifying up until this point and we've made a big gain with that today.”

Holdsworth crossed the line eighth on Saturday, but fell to 22nd with a pair of penalties. 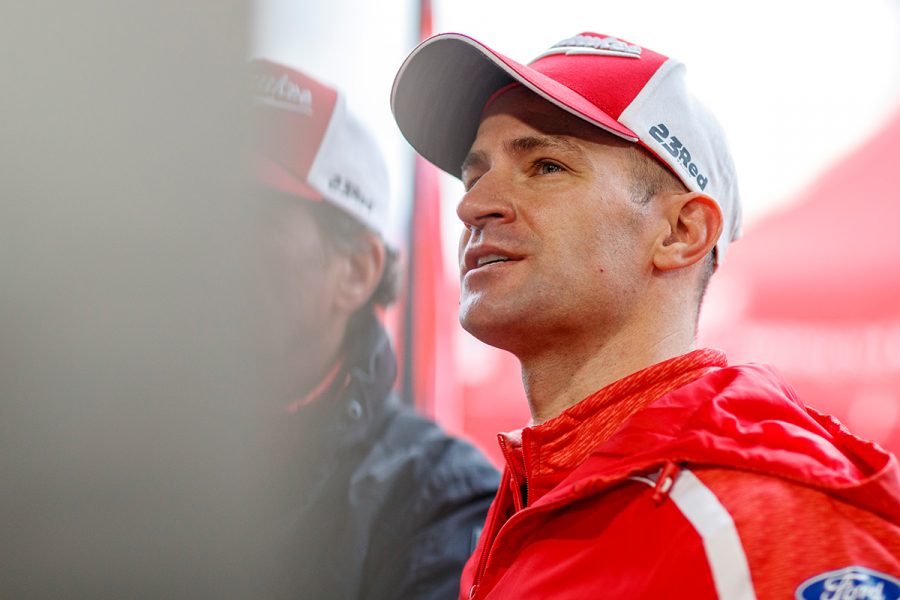 Davison out of luck

While all four Tickford Mustangs qualified in the top 10 on Sunday, only three finished there, with Will Davison the exception.

The Milwaukee Racing entry slowed to a halt while running seventh 10 laps from the finish, triggering the only Safety Car of the weekend.

“I said about 30 laps earlier that 'cross everything you've got because this thing isn't pretty on the upshifts'.

“It was quite violent as I was engaging gears on the upshift, I was doing everything I could to nurse it.

“No temp warnings or anything, so I don't know what it has done, but it has lunched itself and had a box full of nothings in third gear there.”

Davison is now ninth in the championship, one place behind Cameron Waters, and three adrift of team leader Chaz Mostert.