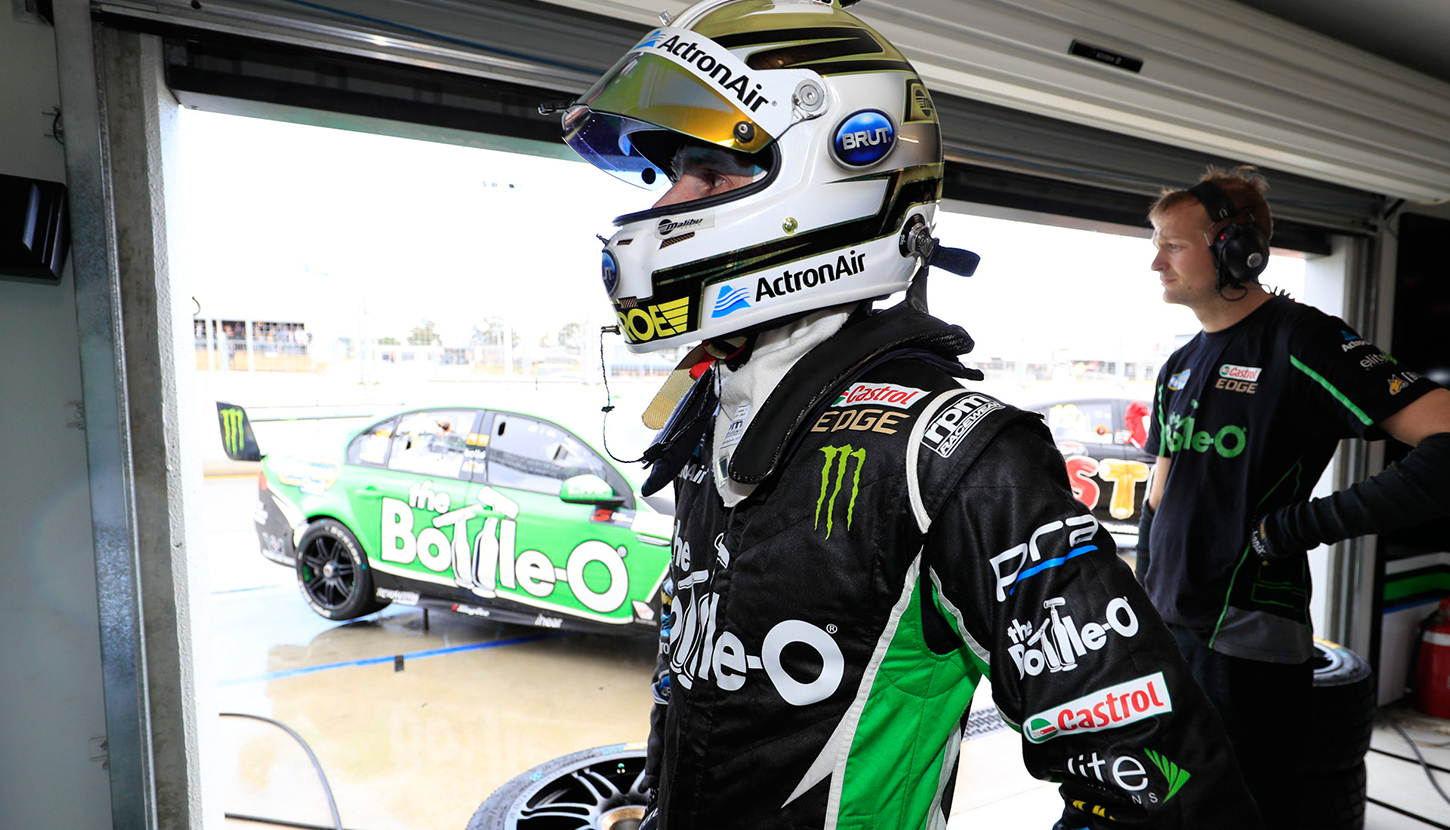 He starred in Perth on Saturday last year, but this time around Mark Winterbottom had his ‘worst day in a while’.

After starting fifth, the 2015 champion’s pit stop was compromised with eventual winner Craig Lowndes hitting one of his tyres laid out in pit lane.

Winterbottom’s 36.8157 sec pit stop time was three and a half seconds slower than stablemate Cameron Waters.

It went from bad to worse, with Winterbottom driving through the dirt at the final corner after running off-track, and spinning after contact with Dale Wood, though the Nissan driver was not penalised after a post-race investigation. That prompted another pit stop for a clean out, leading to a finishing position of 22nd.

"It was the worst day I’ve had in a while,” Frosty lamented.

“We weren’t great in the wet; the tyre pressures were a bit low.

“Lowndes hitting my tyre delayed me in pit lane and that put me back down the field, I was getting hit by cars on hotter tyres and then I hit the wet patch at turn seven so it escalated from there.

“We had to pit for new tyres and we were quick after that – but the tyres I damaged means I have one less set for tomorrow which adds to the challenge.”

Mostert admitted flat-spotting a tyre early hurt him, and Edwards revealed tyre life was an issue in general for the team.

Super Black’s Chris Pither was the highest finisher for the four-car Prodrive group, notching up eighth and surely getting a confidence boost after a difficult , damage-ridden start to the season.

"Today was one of the tougher days we’ve had in recent times so while we’ll quickly switch focus to tomorrow we will be looking long and hard at the data to work out how we can improve our tyre life which let us down today,” Edwards said.

“Cam’s pole in challenging conditions was a highlight and Chris [Pither’s] strong drive was encouraging for everyone.

“We also finished first and third in the Dunlop Series race so we’ll be drawing on everything we can to ensure we’re in the fight to the end tomorrow.”