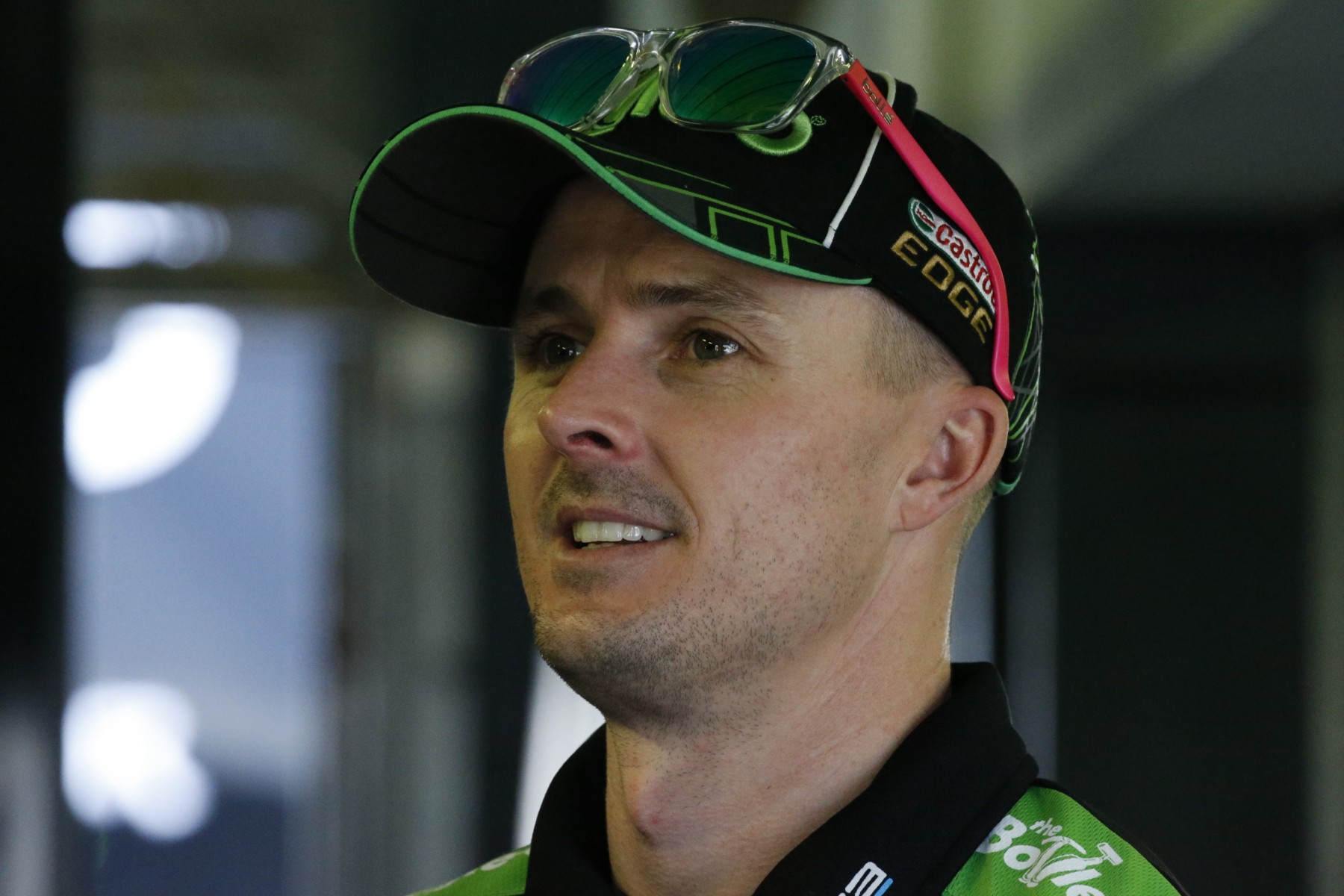 Watching the Indy 500 live was a fun motivator for championship leader Mark Winterbottom, who doesn’t have to wait long to get behind the wheel of his Supercar.

The defending champ arrived home from the USA on Sunday and shakes down his new Ford Falcon FG X at Winton today after stopping into the workshop yesterday for a final check.

Experiencing the race he described as the open-wheeler equivalent of Bathurst with a small group of mates –  including teammate Cameron Waters and Dunlop Series driver Marcus Zukanovic – gave Winterbottom an extra dose of excitement about getting behind the wheel of his new chassis.

“It was pretty good to go and see the biggest Indy event,” Winterbottom told supercars.com.

“You have high expectations, but it was pretty cool – it just makes you want to get home and race your category, surprisingly.”

This year was the 100th running of the race and Winterbottom’s first time watching IndyCar live, other than when the category raced on the Gold Coast.

“Indy was always on the bucket list of things to go and watch,” he said.

“They do some things really well and it’s kind of cool to go and sit in the stand, chill out, have no work to do, and enjoy the racing. At the same time, you can’t help but look at what they do and what we do, compare it a little bit as well.

“It was cool to see all the Aussies there. Will Power I’ve obviously driven with at the Gold Coast in the past and had a lot of dealings with, so it was good to go and cheer him on, try and see him do well. It was pretty cool. To see them live, the cars coming past you at that speed was a big eye opener – it was just completely different to what you’ve ever watched.”

After IndyCar stopped racing at the Surfers Paradise event, teams were required to hire international drivers to steer the Supercars on the Gold Coast. Having raced with and against some of the competitors meant Winterbottom was that extra bit enthused.

“I reckon sport’s good to watch when you actually know people, you’ve met a few of those guys and have enemies, villains and heroes, you go for one and not the other. It was cool to watch.”

Winterbottom was glad he attended the event as a fan.

“I don’t think I’ve ever been to a motor race in the last 15 years without having to work,” he said.

“It was cool just to sit in the stands … we’d just look at the merchandise, line up, get a hot dog, line up, get a beer – just what people do at the rounds week in week out, it was enjoyable. I loved it.”

It’s back to reality now – although Frosty gets to jump into a new Falcon for a shakedown today, before the next event in Darwin from July 17-19.

Teams are allowed 60km in a new chassis to ensure it is ready to race and Winterbottom said it was important to take the opportunity in case there were vibrations or electrical issues, which can be time consuming to pinpoint and fix.

“Imagine you’re building a new car with all new bits – to just get those little fundamentals right it can be harder than people probably assume it would be,” he said.

“It’s pretty exciting because the old car has been one of my most successful cars.

Triple Eight and TEKNO Autosports test at Queensland Raceway, while DJR Team Penske shakes down a new car for Scott Pye and runs an evaluation day for international Austin Cindric.