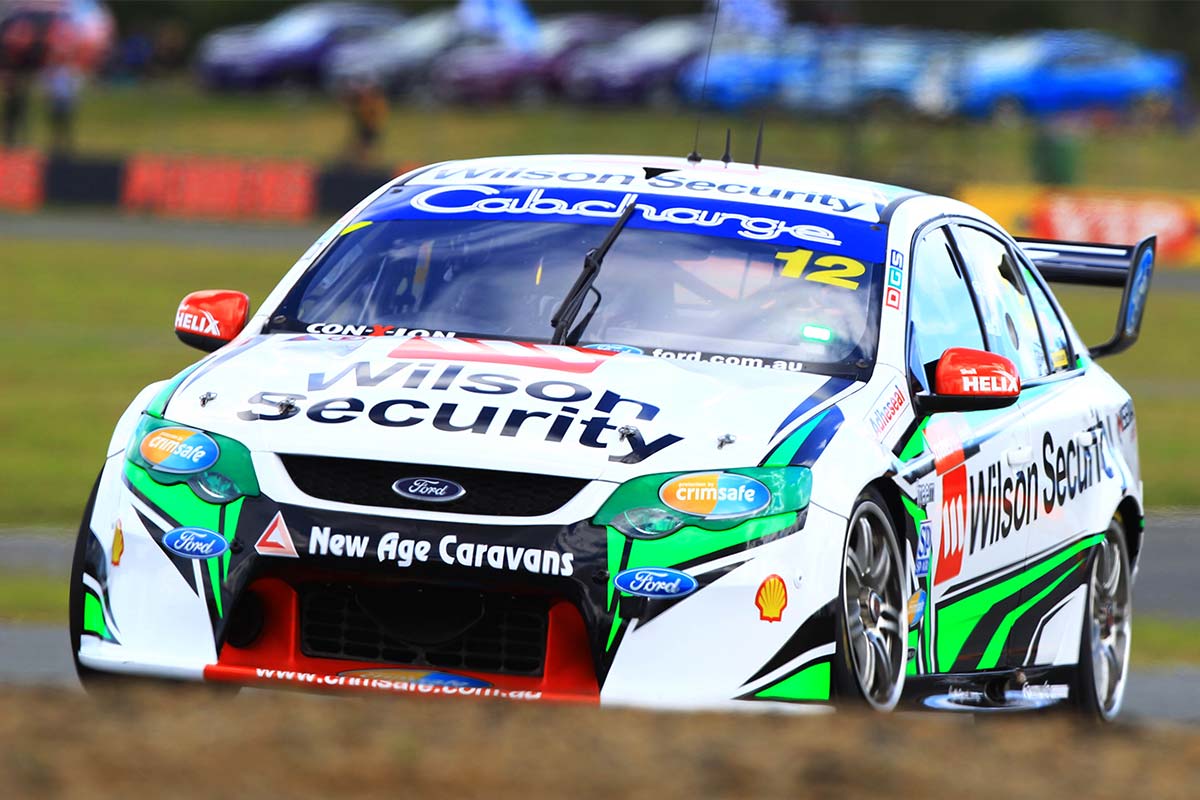 Part of the fun of researching a book on the history of every single touring car and Supercar built and raced by Dick Johnson Racing and DJR Team Penske across its 40-year history is stumbling across things you either didn't know or had long since forgotten.

Like the time when Mark Winterbottom drove for DJR.

If you'd blinked you'd have missed it; indeed, the only way you could have seen it was if you were trackside at Morgan Park Raceway during a DJR rookie test day in late April 2013.

The then-Ford Performance Racing pilot only did 10 laps behind the wheel of the team's #12 Wilson Security-backed FG Falcon that day, the maximum allowed under the rookie test rules.

The rookie who did the bulk of the day's running in the car was Chaz Mostert, fresh from a breakthrough Dunlop Super2 Series campaign but still a fortnight away from making his first Supercars Championship race start.

With both drivers contracted to FPR, Winterbottom was flown to the Warwick circuit to help Mostert get up to speed in a Car of the Future-spec machine.

"I tried to give Chaz a few pointers and a few tips, but he was pretty quick straight out of the box so he didn’t really need too much of my advice to be honest," Winterbottom said at the time. 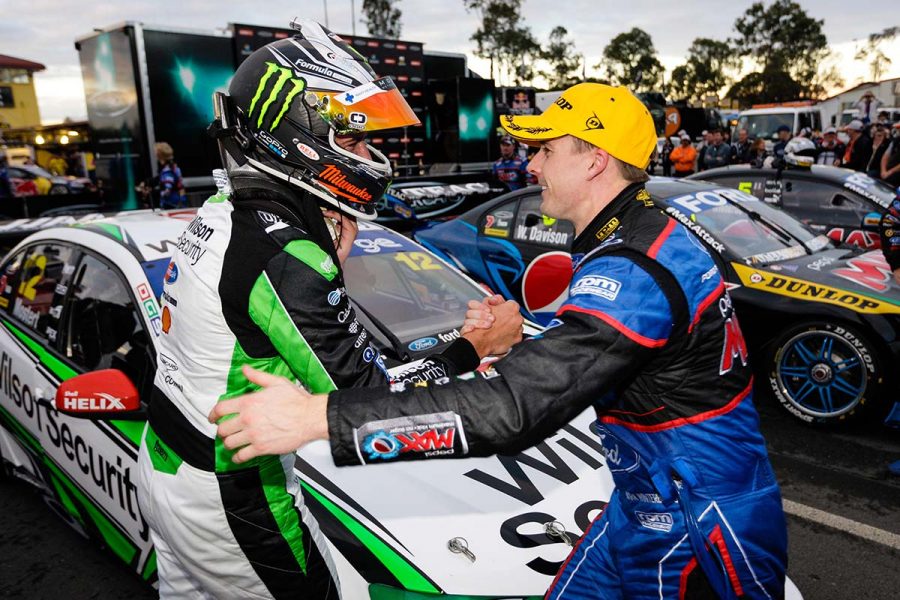 Frosty's brief stint as a DJR driver is one of a host of interesting tidbits contained in V8 Sleuth's new soon-to-be-released collector’s edition book documenting the history of DJR/DJR Team Penske’s race cars from the last 40 years.

Winterbottom's brief DJR drive came during a tumultuous time in the squad's history.

Its game-changing deal with Team Penske was still over a year away, and the start of 2013 saw DJR fighting to stay financially afloat and put two cars on the racetrack.

Aiding the latter was an engineering and parts deal with FPR, meaning the DJR-built Falcon contained many of the same parts contained in Winterbottom's own.

“It felt pretty good; it had strengths in areas that ours doesn’t and vice versa,” he said at the time.

“But everything is the same apart from the engine, and one of our guys is engineering it, so there was never going to be much of a difference."

That 'guy' who Winterbottom referred to was Adam DeBorre, then acting as FPR's technical liaison with its customer, but soon to resume duties as Mostert's race engineer in his graduation to the main game.

History shows Mostert took to Supercars like a duck to water, finishing inside the top 10 in his debut race weekend at Barbagallo before claiming a shock maiden victory for DJR at Queensland Raceway.

While Mostert returned to FPR for 2014 as Winterbottom's teammate, neither driver retains their links to the Blue Oval as a new decade dawns.

Mostert will race a Holden for Walkinshaw Andretti United this year, joining Winterbottom as a Commodore driver after the 2015 series champion moved to Team 18 last year.