‘I don’t know what to say’: Winterbottom’s ‘cruel’ moment

A despondent Mark Winterbottom has spoken of the "cruel" moment that brought his front row start undone in Race 12 of the Merlin Darwin Triple Crown.

Winterbottom's car lost power as he rolled up to the start line alongside pole-sitter Anton De Pasquale, seeing the #18 IRWIN Racing driver unable to reach his start box properly.

Winterbottom managed to get his Holden firing albeit momentarily, only for it to lose power when he pulled for second gear off the start line.

The 40-year-old was forced to move to the right-hand side while he tried to fix the problem off the start, returning to the pack in the back of the top 10 heading into Turn 1.

Winterbottom hit the stricken De Pasquale and was simultaneously hit in the rear, amid a monstrous multi-car pile-up that ended seven drivers' races within 30 seconds of the start.

The 2015 Supercars champion headed to pit lane for repairs but ended the race nine laps off winner Chaz Mostert.

Visibly broken by losing his chance to convert his best qualifying result since his Tasmania pole in 2019, Winterbottom recounted the drama.

"This sport gives me the s**ts sometimes," he said.

"It’s so cruel to you but you keep coming back. 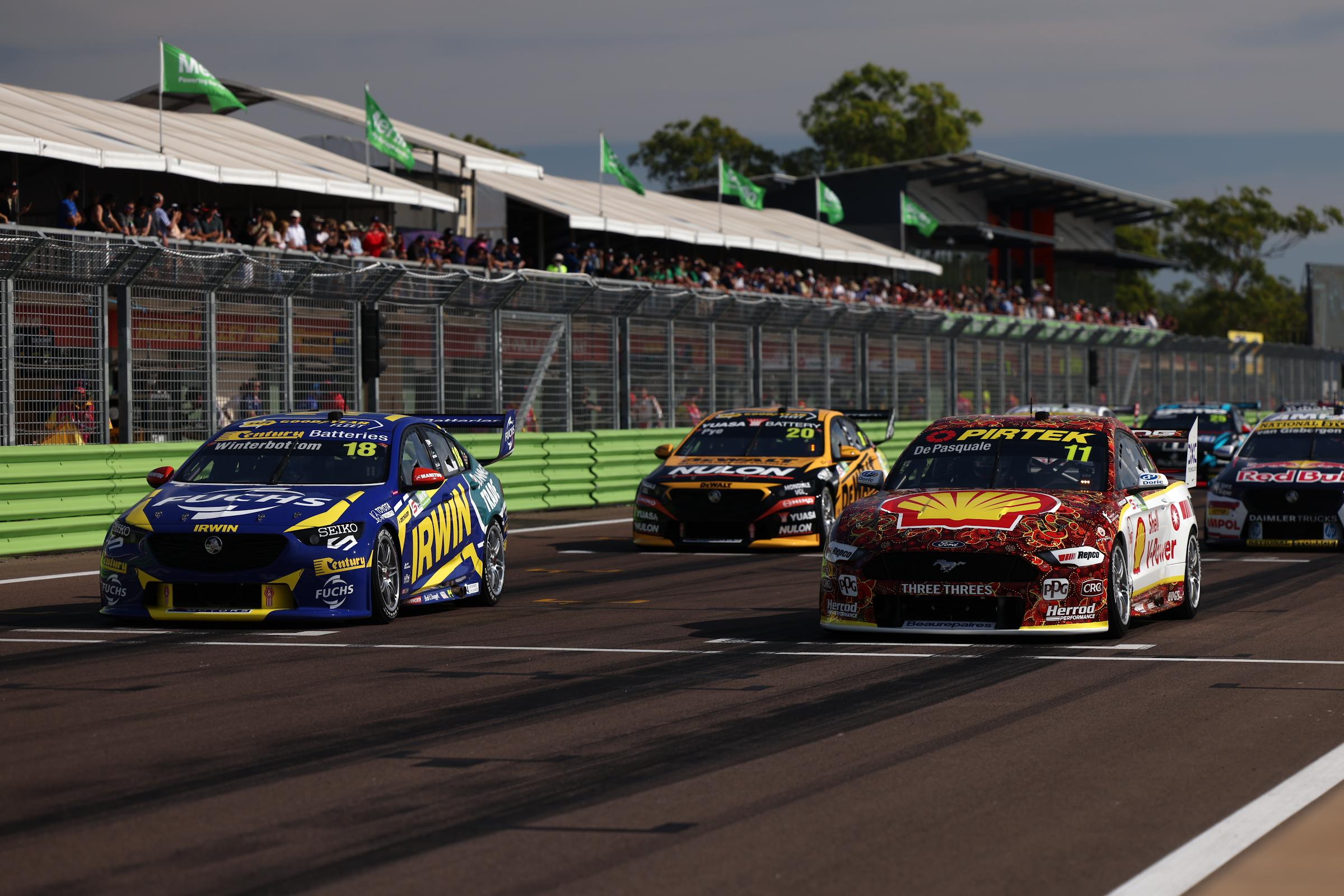 "I rolled up to the line and the power cut off, I did a full cycle power come on, then power come off.

"The five-second board came out and I power cycled and got it going.

"I still beat him [De Pasquale] off the line and then the thing conked out.

"It’s cruel mate, it’s cruel. Because even with all that s**t, I still beat him off the line, I could have led to one and blocked him and get going

The field will return for ARMOR ALL Qualifying for Race 13 at 9:45am on Sunday.