Winterbottom has run in the brand’s green since 2016, and the latest evolution of the livery has been released by the Ford squad ahead of Friday’s pre-season test at Sydney Motorsport Park.

The veteran of the four-car team at 36, Winterbottom is entering the final year of his contract and believes race wins are the key.

On his way to sixth in the 2017 standings, Winterbottom went winless in a season for the first time he joined what was then Ford Performance Racing in 2006.

“I always love this time of the year, it’s like the first day of school.

“As a driver you’re always wanting to get back in the car, and I’m ready to get the new season started.

“Obviously 2017 was a struggle for us, but we finished the year pretty strong which was good.

“I know we’ve got the ability to run up front, so I’m extremely motivated to get to the pointy end and stay there.” 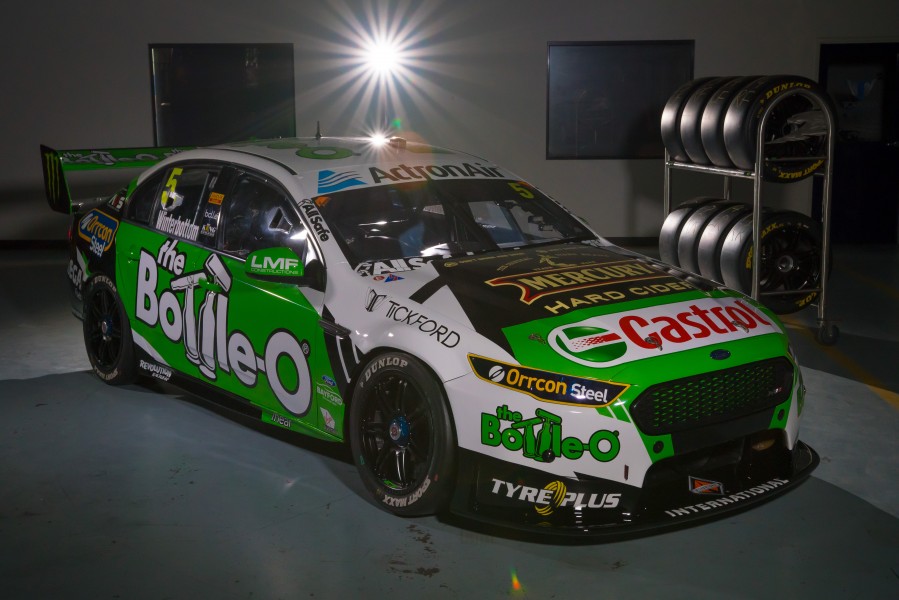 The Monster livery for Cameron Waters is being held until the week of the Adelaide 500, while rookie Richie Stanaway attended Thursday’s season launch in a black racesuit devoid of a major sponsor.

The #6 and #56 Falcons of 2018 garage-mates Waters and Stanaway will run in plain black on Friday.

“It’s exciting to have their continued support of Tickford Racing, and we have high hopes for what’s ahead.

“A new season brings new challenges and new goals, but to have the same sponsor and driver in the same car makes things much more comfortable for everyone involved.”

Tickford Racing has completed its line-up of four co-drivers for the PIRTEK Enduro Cup, which it won last year.

While it is yet to outline pairings, it is expected 2013 Bathurst winner Winterbottom will continue to be partnered by Dean Canto.