The minor contact did little to upset Winterbottom, who returned to set a session-best 1:50.494s.

Championship leader van Gisbergen, who has won six of eight races in 2021, was within 0.04s of the #18 IRWIN Racing Commodore.

Speaking on the broadcast following the session, Winterbottom poked fun at the incident, suggesting it was a posturing effort by van Gisbergen early in the piece.

“That’s just him, isn’t it, he tries to be the alpha-male and bully you around,” Winterbottom said.

“At that time in the session, I was almost running in brakes still, so if he wants to do that, good on him.

“The best way to get back at people is to get in front of them. I’m happy we popped him in the time sheet then, which is hard to do. 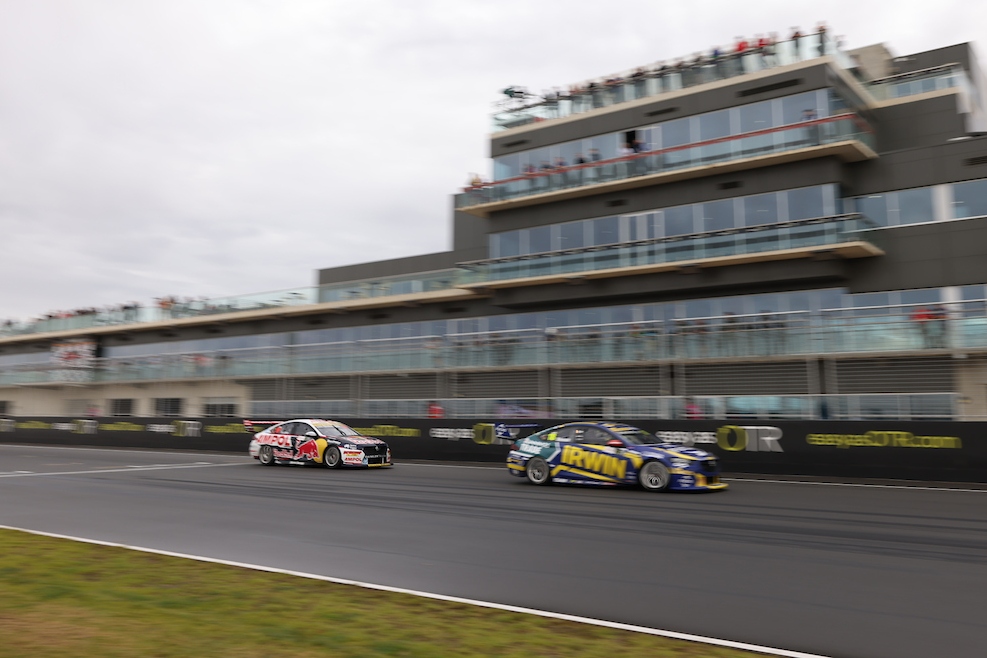 “Sometimes for the guys, that’s the hard part; they’ve got to pop stuff out. For me, I go into the truck and chill out and whatever.

“It doesn’t affect my day, it doesn’t rattle you. It’s not his first time… maybe we give it back at some stage, I guess.”

Several drivers took turns at the top, including van Gisbergen, but it was Winterbottom who fired the first shot of the weekend, albeit at the death on slick tyres.

“We went out, did our procedure, ran some brakes in, come in and put slicks on.

“When you put the dark visor down, you’re hoping you see a dry line and not a mirage in the distance.

“Unfortunately track temp’s down, car feels a lot different. Hopefully, if it stays like that condition, it would be fantastic. We’ll see what happens later on.”

“Those conditions, who need confidence. Literally, the slightest margin, you go offline, the car spins,” said Winterbottom, who is sixth in the championship standings.

“Davey Reynolds popped up and looked like a John Deere in front of me.

“It’s the millimetre mistakes. And when you do drop off, it’s half a second like that.”

The Repco Supercars Championship field will return for Practice 2 at 11:15am AEST. Check out the full weekend schedule here.