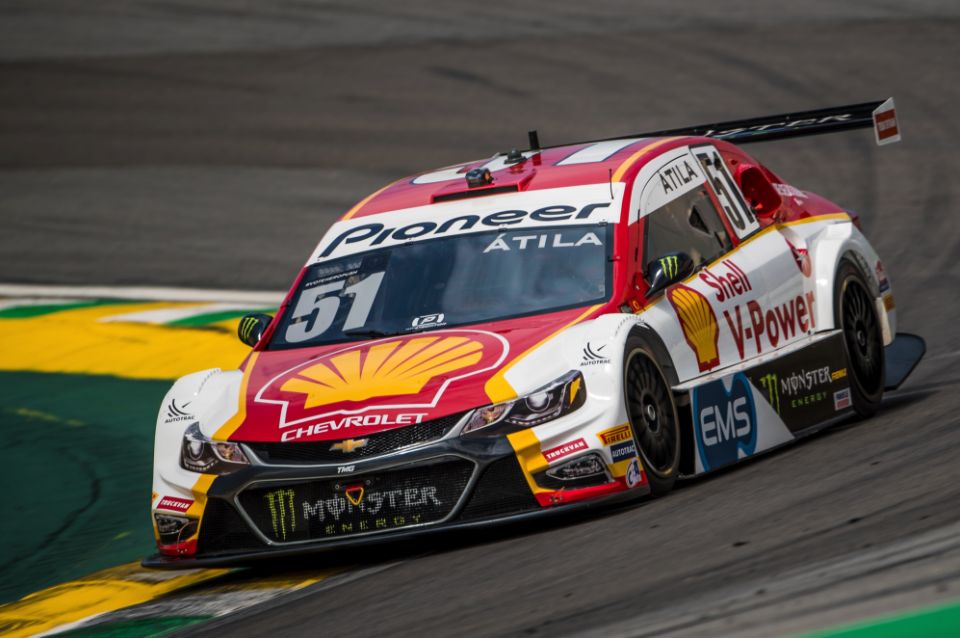 Mark Winterbottom will return to South America after the Supercars season opener in Adelaide to contest the first round of the Stock Car Brasil Championship.

The Tickford Racing driver has secured his third start in the two-driver race, taking place at the Brazilian Formula 1 Grand Prix venue Interlagos on March 10.

Having finished fourth in the 2014 race - at Interlagos - and second in ’15, Winterbottom links with Brazilian driver Atila Abreu.

“I am excited to be joining the Shell Racing Team in the opening Stock Car Brazil Race,” Winterbottom said.

“I enjoy how competitive the Stock Car series is because it reminds me a lot of the Australian Supercar Championship I compete in.

“After finishing second in my last Stock Car doubles race the aim is to climb a step driving with Attila, he is a consistent front runner and I think we have a good chance.

“Returning to the Interlagos circuit for the second time is helpful and I look forward to the extra co-driver practice sessions.

“I know the car and i know the circuit, so I will feel familiar straight up.”

The championship is based around purpose-built chassis powered by a spec V8 engine.

Abreu won twice in his Shell Racing Chevrolet on his way to fourth in the 2017 championship.

“The Doubles Race is an international event and I'm glad it returned to the calendar with an impressive spectacle.

“My guest showed great performance on the occasions he competed in the race and I believe he will be very quick again this year.

“My aim is the title of pilots and believe that Mark is the ideal partner to make a good debut and start the season with important points.”

Former Supercars driver Max Wilson is a regular in the series in his homeland, finishing third in the 2017 championship.