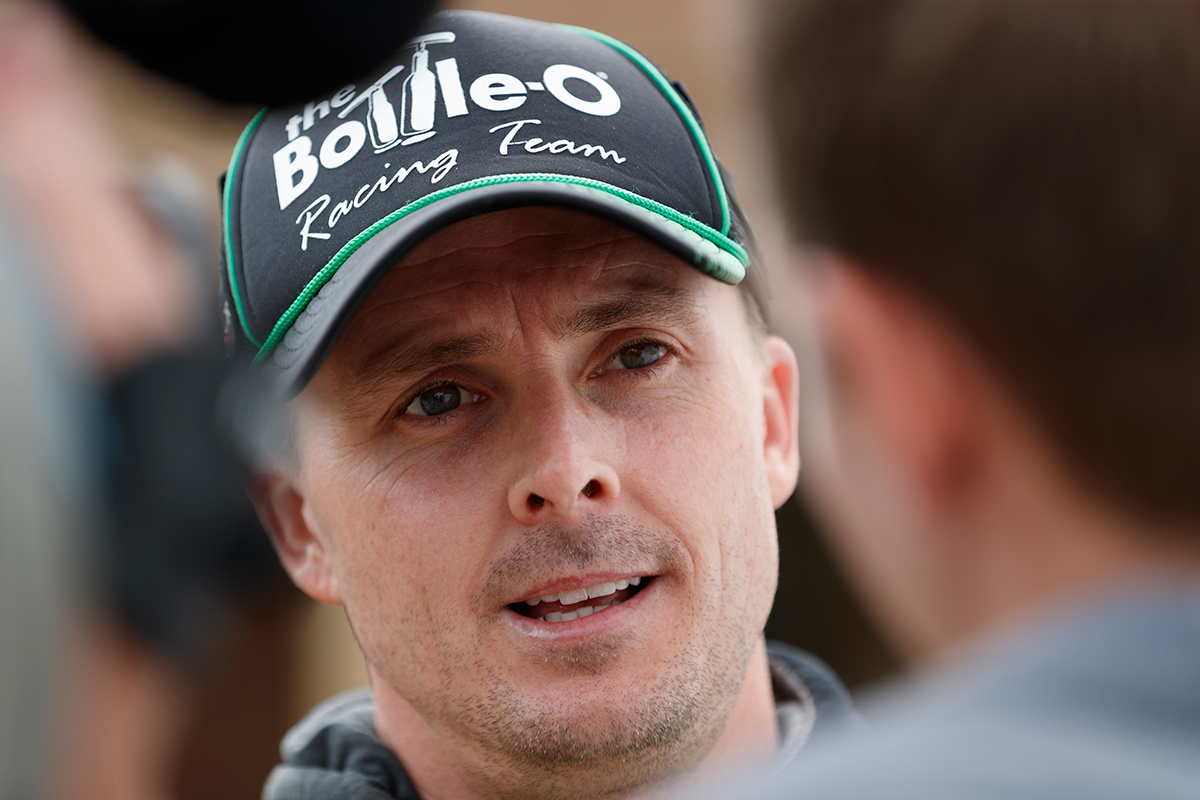 Mark Winterbottom has set his sights on rounding out a 13-year Tickford Racing tenure with a final piece of silverware this weekend in Newcastle.

The 2018 Supercars finale is Winterbottom's last event with the Ford outfit he joined as a 24-year-old in 2006, with the veteran expected to join Holden squad Team 18 next season.

His record is headlined by a Bathurst 1000 victory in 2013 and a Supercars title two years later.

This weekend also marks Winterbottom's last in a Ford Falcon, the only model Supercar he's ever raced, including in the Dunlop Super2 Series.

"It’s going to be an emotional weekend, for sure, but we’ve got races to win so my focus is still 100 percent on performing on track," Winterbottom said.

"We’ve had a good car the last couple rounds, so if we can put it together there’s no reason we can’t come out of the weekend with some good results.

"Really my highlight of 2017 was getting provisional pole there (on Sunday), I know we can be quick and hopefully we’ll be quick again.

"This team has been home for 13 years and we’ve had a lot of success together, so we both want to make it a happy ending, and I definitely want to finish things off here with a trophy."

Not long until I can announce 2019 plans. Pretty excited!

Winterbottom is 12th in the standings nearing the end of a frustrating 2018 for Tickford, with Chaz Mostert its lead driver in sixth after a recent flourish.

Cameron Waters is 16th and rookie Richie Stanaway 25th of the 26 full-timers.

Waters will make his 100th Supercars start on Sunday, 96 of his current 98 outings having come in Tickford Falcons since the 2014 enduros.

The outliers are Bathurst 1000 runs in 2011 and '12 in Kelly Racing Commodores, after winning the Shannons Supercar Showdown reality TV show as a 17-year-old.

Waters' Monster Ford will swap the #6 for #100 this weekend to mark the milestone.

"I’m pumped to go to Newcastle to finish the year off, and obviously a pretty cool stat with my 100th race this weekend," Waters said.

"Hopefully we can get a good result for my 100th race and to finish the Falcon as well, so it’ll be a cool weekend.

"The 100 races have gone really quick, I'm only 24 still, so hopefully there's a few more hundred to come.

"I'm excited how this year has progressed. We started the year quite poor and we've really kind of found our feet.

"Qualifying has been quite good to finish the year, we've had five top 10s in a row in qualifying, and really finishing the year strong.

"Hopefully we can finish strong, which will help lead us into next year with the Mustang, and I'm really keen to come out swinging next year."