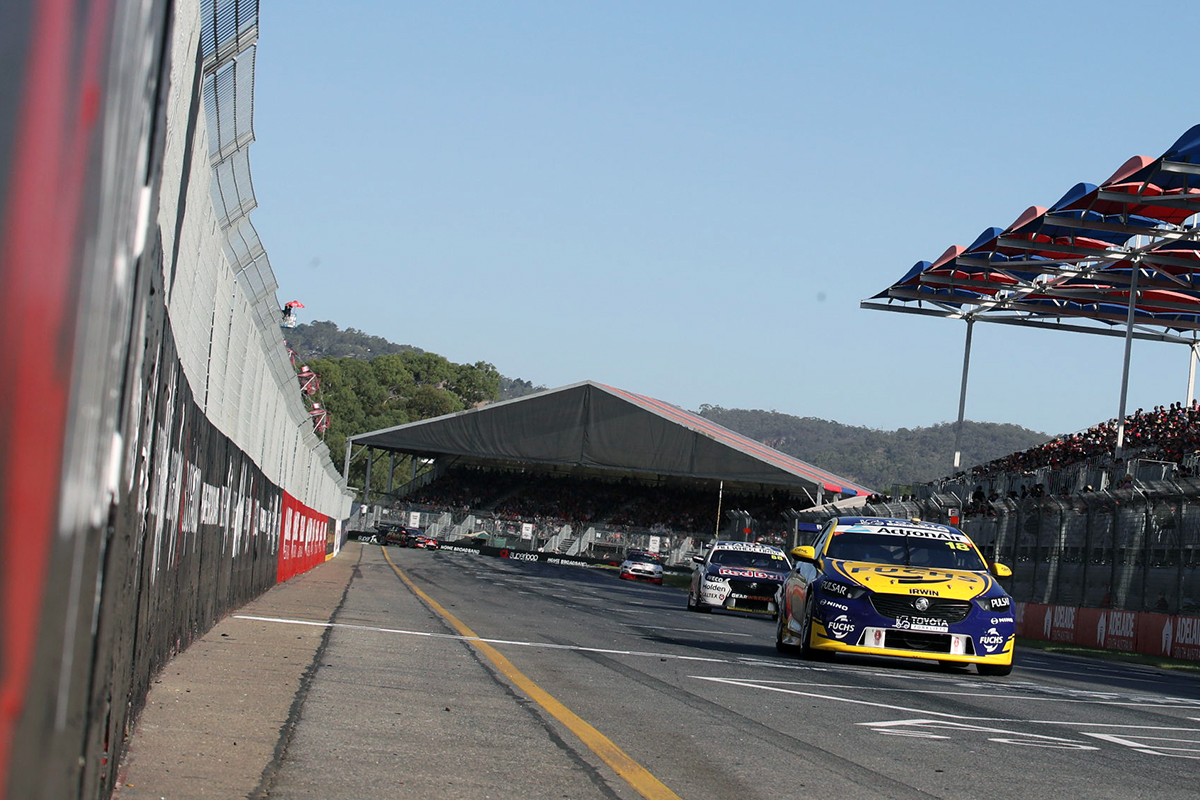 Mark Winterbottom savoured racing against long-time Supercars rival Jamie Whincup in the same machinery for the first time, after years of being 'terrorised'.

That includes stepping into a Holden built by Triple Eight, the dominant force through Winterbottom's Supercars career.

He finished ninth from 16th on the grid in Saturday's opening race of the Superloop Adelaide 500 but started from the back on Sunday after a power-steering failure in ARMOR ALL Qualifying.

By the end of the race, though, Winterbottom was sixth, having spent the last stint with Whincup behind.

"It's nice to race him in a car that's very similar," Winterbottom said.

"Normally, if that was a Tickford car, you'd have strengths and weaknesses that are so different; he's coming at you when you're vulnerable, you're going at him when he's vulnerable.

"It's kind blows your mind a bit, seeing him behind you because I'm used to him terrorising you, coming from a long way behind under brakes.

"But it was nice to know he's there but not feel as vulnerable as what you normally do.

"It's cool, obviously we're not just racing him but it is a good achievement that as a one-car team.

"You've got to look at achievements like that, keeping him behind, a seven-time champ... we're small but we did a good job."

Winterbottom headed to Adelaide with his sights on leaving inside the top 10 in the championship.

He ticked that box, sitting currently sixth, and soaked up the mood in the garage after his charge from the back of the grid with a strategy shaped by pitting on lap one.

"We lucked into a Safety Car and that pitlane drama, I got a few good spots there," he noted.

"But at the end of the race we had Whincup behind us for the last 32 laps or something. It's nice that in a very similar car you've got very similar strengths.

"We're going to see what they can do because they don't finish poorly often, they'll have one bad round and the next round they're back to the front.

"If we can race around those people, it's pretty good. You've got to look at the positives and in very similar equipment we did a very good job.

"Coming home sixth from 24th was a good result, and even just seeing the guys, they feel like they've won, high-fiving, it's IRWIN's first event, they're all cheering.

"We don't have to win every race just to have satisfaction. But it was as cool as it gets."