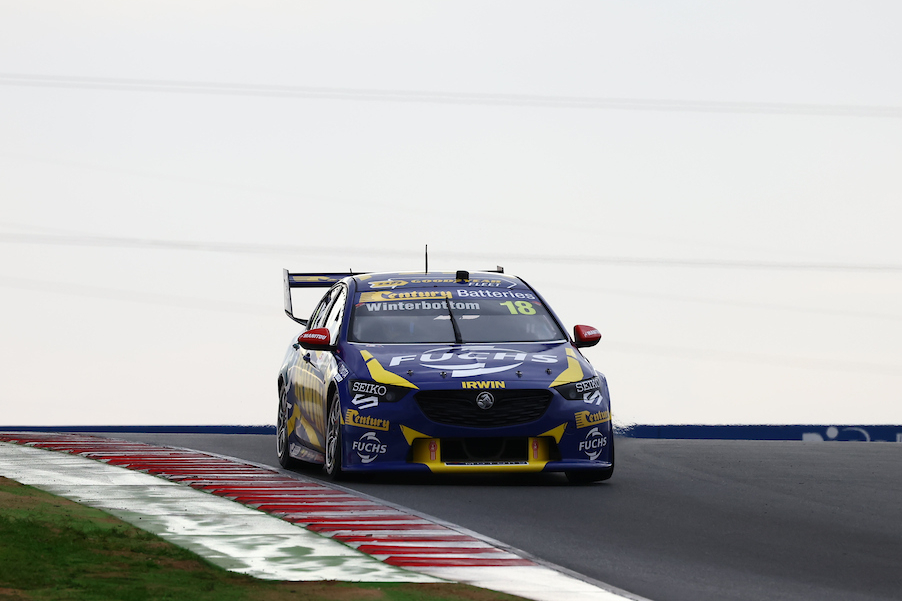 Mark Winterbottom has landed the first blow at the OTR SuperSprint with the quickest time in Practice 1.

Greasy track conditions greeted drivers for the morning session, with the Team 18 driver top of the pile after a late-session happy hour period.

The 2015 champion was one of just seven drivers to dip into the 1min50s bracket, with the championship leader Shane van Gisbergen just 0.039s adrift in second.

The session itself featured a dicey moment between the top two, with van Gisbergen gently nudging Winterbottom midway through the 30-minute hitout.

Light rain doused the 4.95km International Circuit prior to the half-hour session, with Jamie Whincup setting the initial indicative pace with a 2:04.900, some 17 seconds off Scott McLaughlin’s 2019 practice/qualifying lap record.

Through 20 minutes, Whincup had returned to the top on a 1:55.438s, before James Courtney triggered the session’s only red flag following an off at Turn 6.

Courtney found the greasy line into the left-hander and backed his #44 Boost Mobile Racing Mustang into the gravel.

Ninth at the time, Courtney returned to the session and recovered to set the fourth quickest time.

WATCH: COURTNEY SPINS OFF IN PRACTICE

The changing track conditions saw the order change by the second; van Gisbergen dropped in a 1:52.699s, with Anton De Pasquale threatening before running wide at the final corner.

Van Gisbergen and Scott Pye each hit the top in the dying seconds, with Courtney hitting the front with a 1:50.925s.

WATCH: PRACTICE STARTS IN THE WET

Mostert slotted into third, just 0.108s behind, with Courtney, De Pasquale, Cameron Waters and Davison all dipping below the 1min51s barrier.

Whincup, who was leading the session for the balance of the morning, ended up 13th, a full second off the pace.

The Repco Supercars Championship field will return for Practice 2 at 11:15am AEST. Check out the full weekend schedule here.