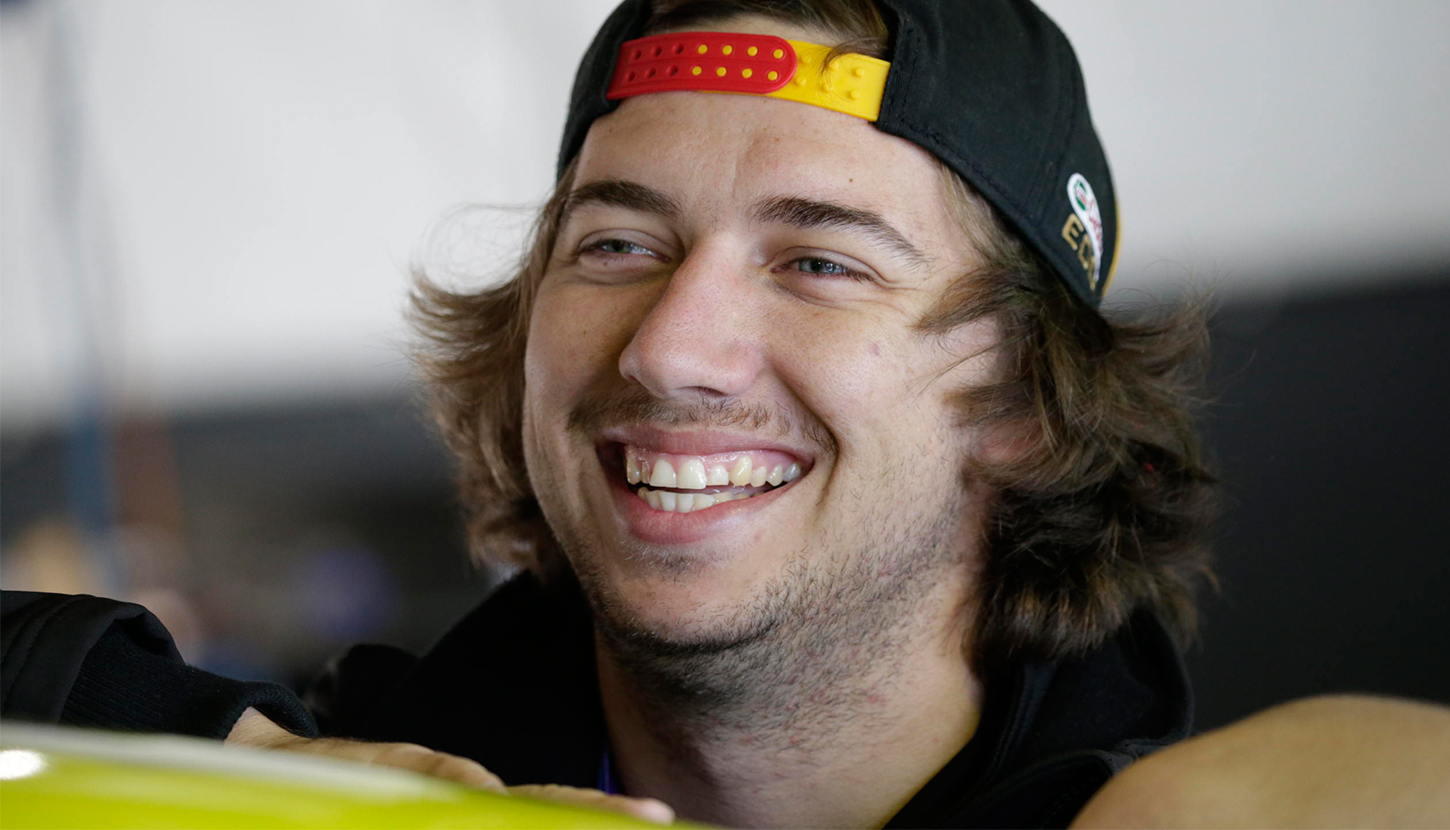 He was gunning for the championship last year before his major accident, but this time around Chaz Mostert sees “winning as a bonus” as he settles back in to V8 Supercars racing.

The 23-year old was the breakout contender in 2015, second behind his teammate and eventual title winner Mark Winterbottom before an abrupt and painful end to his season at the Supercheap Auto Bathurst 1000.

Returning from a broken leg, wrist and knee issues this year, the young gun isn’t placing an emphasis on fighting for the championship – he just wants to enjoy having the best job in the world.

“Winning is a bonus for what we get to do,” Mostert told v8supercars.com.

“There’s … 26 guys who get to do what most Australians want to do – drive V8 Supercars as quickly as they can around a track. We’re living the dream and have a privileged job to do.”

Mostert missed four rounds last year due to injury and while he popped in to visit his team at Gold Coast event, he had to step back and focus on his recovery. Karting was something he incorporated as his injuries healed, and now, there’s no place he’d rather be than behind the wheel.

“For me, going racing – even in go karts – you go out there, enjoy your time, get better in the car. Getting results not just for yourself but your team, your family and your fans … everyday you get a good result is just a cherry on top.

“Any day you get to drive a V8 Supercar is just an awesome feeling.”

The weekend’s showcase at the Australian Grand Prix was a good opportunity for Mostert to continue settling in with no pressure, as the event was not for points.

His Supercheap Auto Falcon was the second best placed Ford after the four hitouts, with Fabian Coulthard the best of the blue ovals and Mostert two positions behind him and fifth overall.

“This weekend has been really good for me to get back up to speed a bit here at the grand prix,” Mostert said.

“The car’s pretty speedy – we’re in the top five or roundabout, so I’m pretty happy with that.”

The next stop on the calendar hosted a Triple Eight whitewash last year, with Craig Lowndes and Jamie Whincup sharing the three wins.

Mostert was right behind on the Sunday in Tasmania.

“Tassie is not a bad track for us – I’m pretty sure we got a second there last year, but Lowndesy and the triple eight guys were pretty quick there,” he said.

“We’ll be looking to try and crack down on an awesome setup there and I’m just looking forward to having a nice long year in V8 Supercars and hopefully have a bit more success.

“It was pretty amazing to be able to have a podium at Adelaide coming back, so I was pretty stoked and shocked with that – I’m just looking forward to being part of the circus again and hopefully we can climb a few championship positions after Adelaide.”

Mostert was amazed to lock in ARMOR ALL Pole Position for race two and finished on the podium that race. But Sunday was tough with a crash at the notorious turn eight, that ultimately left him 22nd in the Championship.

He isn’t focused on the championship – but considering he left Adelaide 22nd in the points last year there’s plenty of scope to bounce back.

Catch more from Mostert tonight on Inside Supercars on FOX SPORTS 506 from 7.30pm AEDT.