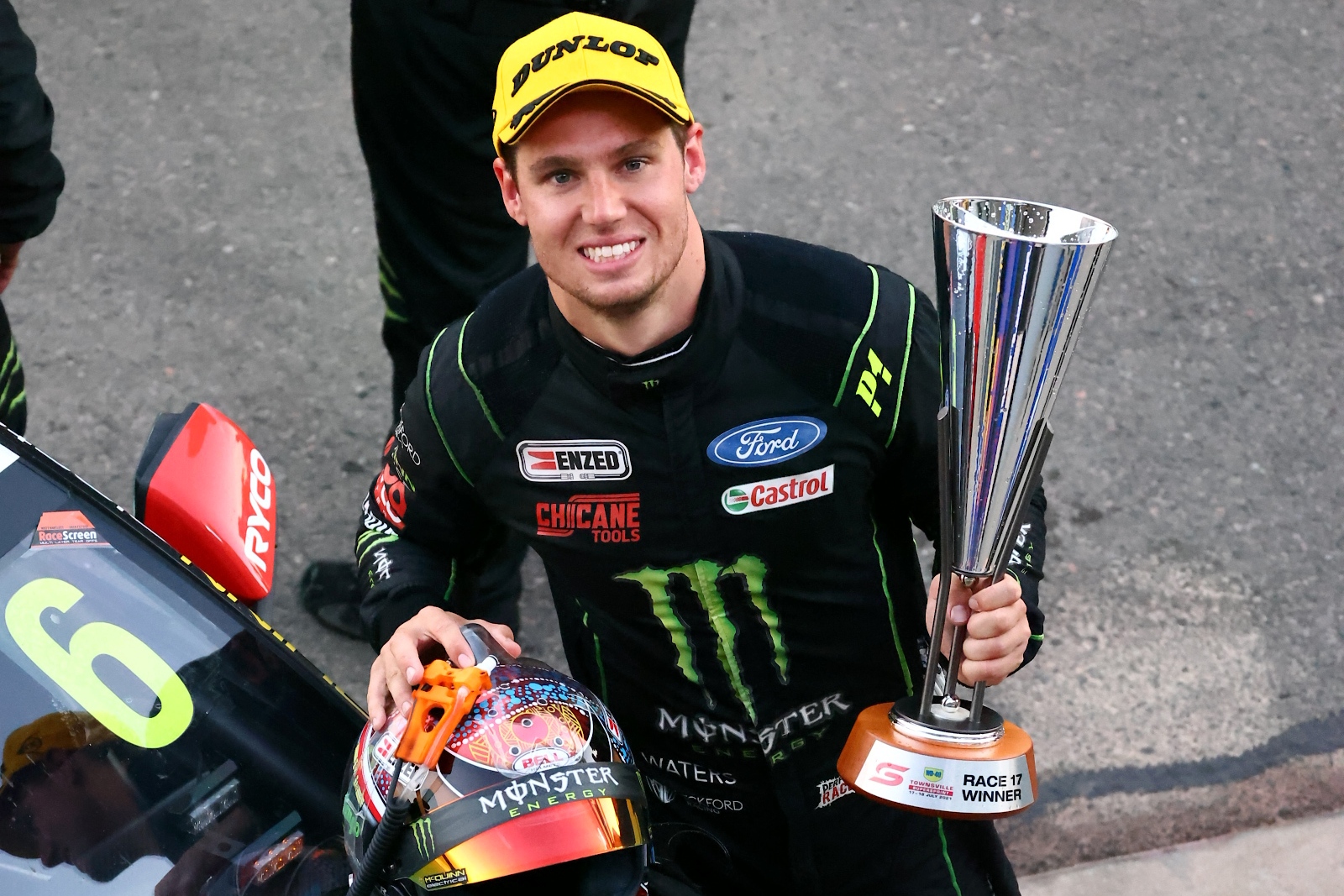 It was a Saturday to remember for Cameron Waters and Tickford Racing at Reid Park.

It marked Waters's first win in Townsville, his second win of the season, and fourth of his career.

It was also Tickford's first win in Townsville since Mark Winterbottom swept the 2015 event.

Mostert has regained third in the drivers' standings after Will Davison, who suffered a jammed wheel nut on Saturday, finished 11th.

In between Waters and Mostert was Anton De Pasquale, who again failed to convert an ARMOR ALL Pole Position into victory.

Only once in four attempts in 2021 has De Pasquale converted pole to victory, in Race 10 at the OTR SuperSprint in May.

Tim Slade was classified fourth after a 15-second time penalty was applied to Jamie Whincup, who crossed the line second.

It marked the best race finish for the new-for-2021 Blanchard Racing Team, and Slade's best finish since he finished third in the 2019 finale in Newcastle.

Whincup closed the gap to series leader van Gisbergen, albeit to 239 points heading into Sunday's action.

Cars will return to the track on Sunday at 10:25am AEST for ARMOR ALL Qualifying for Race 18.