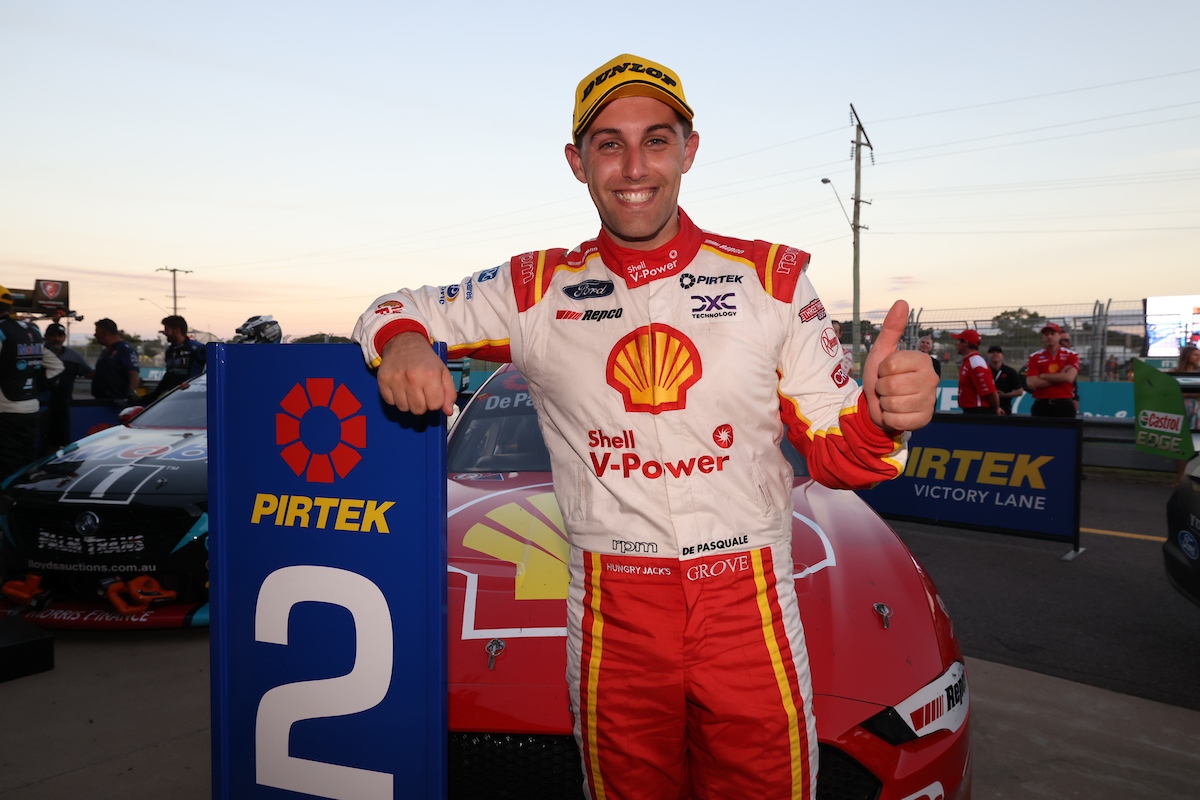 Anton De Pasquale was pleased to have winning "potential” in Townsville despite losing out to Cameron Waters on Saturday.

De Pasquale started from pole and led the opening stint of Race 17, only to be undercut by Waters.

Waters drove away to victory, with De Pasquale losing second on the road to Jamie Whincup.

However, De Pasquale was classified second after Whincup was hit with a time penalty for speeding in pit lane.

Waters made De Pasquale work hard in the opening laps, and the eventual winner was followed in the lane by Whincup on lap 16.

De Pasquale was brought in on the following lap, and Waters claimed the lead at Turn 2.

"Any day you get a trophy is pretty good,” De Pasquale said.

"We had the potential to get the win today, so we’ll have a look at the why and how.

"If you said at the start of the day you’re going to come and get a trophy, you’d be pretty happy.

It was a tougher race for Will Davison who, after a second botched pit stop in as many weeks, finished 11th.

Davison dropped from third to fifth in the points standings, with his race ruined by a bent wheel nut and clip on his left rear wheel from contact with Shane van Gisbergen at Turn 13.

"It was obviously a difficult day,” he said.

"In the pit stop we had the unfortunate issue with the wheel, and that was that.

"I got hit by Shane pretty hard and that might have caused the issue with the hub. We couldn’t get the wheel off, so I had to finish the race on the same set of rear tyres, which was not much fun.

"I had a bit of an up and down day. We struggled in practice but then made good inroads in qualifying.

"We still struggled quite a bit in the race early on, but I think we would have comfortably had a top-five result today. Hopefully we have a better Sunday."