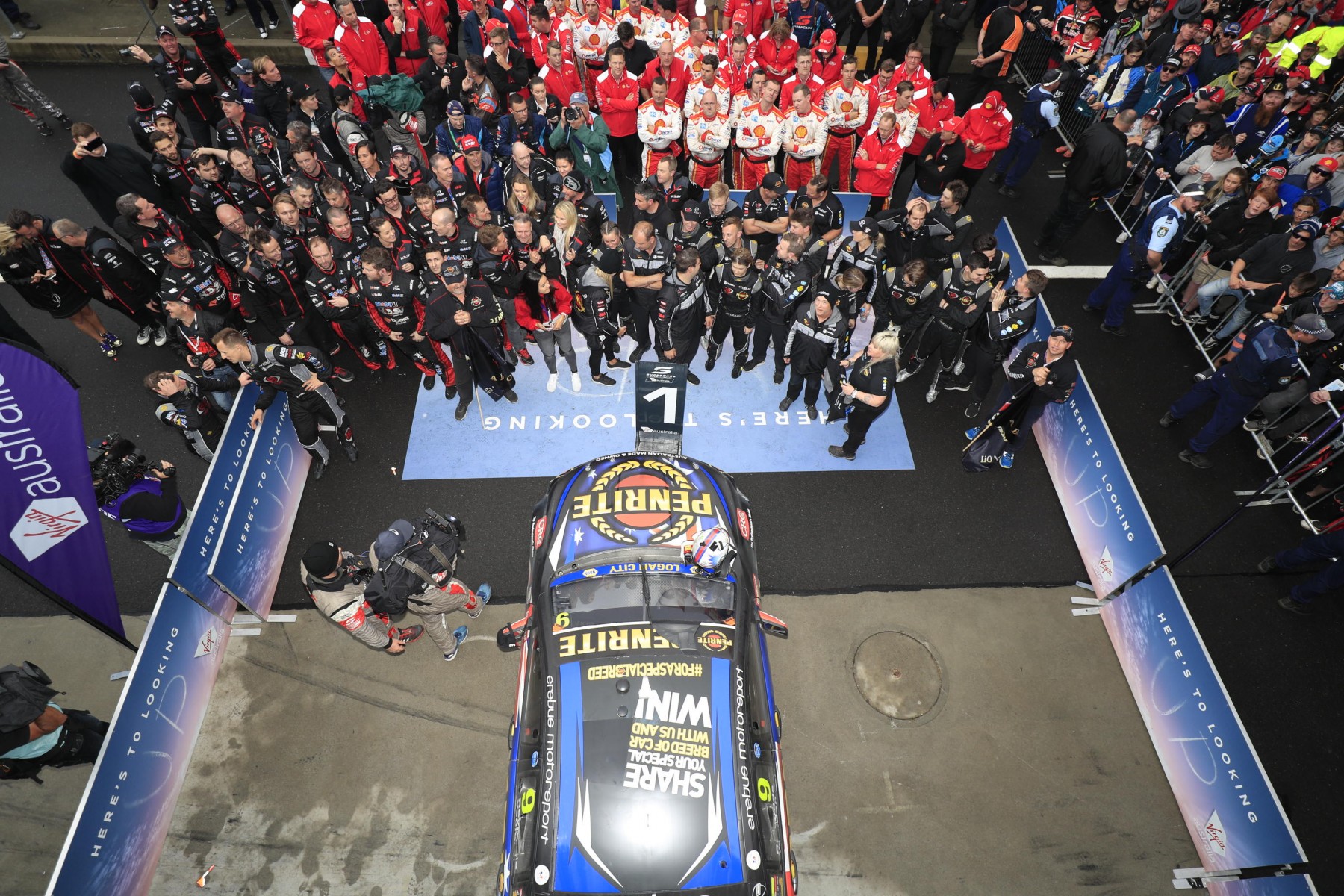 Erebus Motorsport winning with Holdens for the first time in the Supercheap Auto Bathurst is “like jumping from first grade to university”, owner Betty Klimenko says.

Klimenko purchased the title-winning Stone Brothers Racing in September 2012, rebranding the squad and switching from Ford Falcons to its new Mercedes-AMG E63s.

While Erebus won two races - one each in 2014 and ’15 for Lee Holdsworth and then Will Davison - the project was troubled, developing the M159 5.0 litre V8 engines the biggest challenge.

The team was effectively shut down at the end of 2015, with a new crew and driver Reynolds recruited for the squad's rebirth as a Melbourne-based outfit running Walkinshaw-built Holdens.

“That was our first win in the Holdens and to have your first win at Bathurst, it’s like jumping from first grade to university,” Klimenko said. “It was fantastic.

“I had anxiety pains for the last 10 laps, standing there saying ‘I’ve got indigestion or I’m having a heart attack!’

“I grabbed onto [Youlden], shaking and I said, ‘I’m sorry, Luke, I just have to hold onto something’.”

With the breakthrough victory, and fourth for Dale Wood and Chris Pither in the Commodore Reynolds raced in 2016, Erebus moves into fifth in the teams’ championship.

Reynolds finished 16th in the drivers’ championship last year, with six top 10 finishes including a Homebush podium, but moves from 10th to sixth in the 2017 standings after Bathurst.

The 32-year-old made his 250th Supercars start at Sydney Motorsport Park in August, and drove for Walkinshaw Racing, Kelly Racing and Prodrive before joining Klimenko’s outfit.

“I love him,” Klimenko said.

“My sons are all Dave’s age, he’s just another one of my sons.

“I’ve got three, so now I’ve got four. I’ve known him for a long time, since he was about a head shorter, and always knew he would drive for us, it was just a matter of when.”

The new Bathurst winners had a quiet Sunday evening, which Reynolds likened to being a “couple of grandpas”.

“We both went back to the house,” Youlden said.

“It was just Dave and I, we had a beer, sat there talking for half-hour, 45 minutes and tried to soak it in [before going to bed].”

Sunday marked an 18th Bathurst start for Youlden, who has been a regular in the enduros without ever receiving a full-time chance.

Catch Reynolds and Youlden tonight on Inside Supercars, starting at 6:30pm AEDT on Fox Sports.