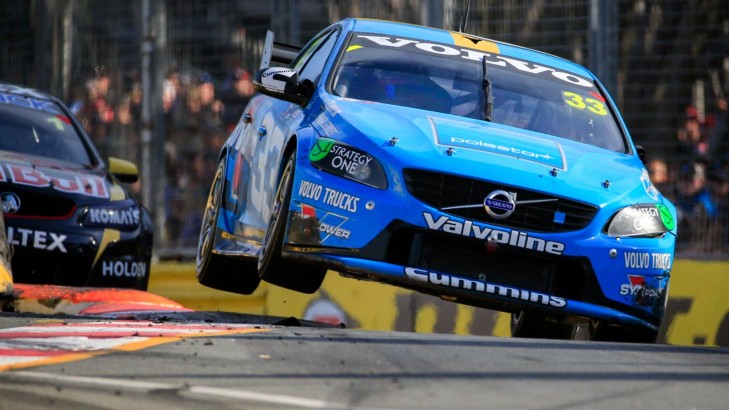 Volvo Car Australia is pleased to announce a new naming rights partner of the Volvo Polestar Racing team for the 2015 and 2016 V8 Supercars Championships.

Wilson Security will be the lead and naming rights partner of Volvo Polestar Racing, and the team will be known as Wilson Security Racing GRM from January 2015.

"Synergies between brands are often spoken about in situations like this, but we're genuinely excited about this partnership as we can see clear opportunities for all parties," said John McMellan, Chief Executive Officer Asia Pacific for Wilson Security.

"We have been keeping a close eye on Volvo and Polestar's progress in their debut season of the V8 Supercars Championship, and it's not often you get the opportunity to partner with a global luxury car manufacturer so we're looking forward to it."

This innovative commercial relationship directly between Volvo Car Australia and Wilson Security, facilitated with the assistance of CSM Australia, illustrates the strength and appeal of the V8 Supercars Championship.

With Payce Consolidated also joining Wilson Security on the Volvo S60 V8 Supercars in 2015, opportunities beyond the race track are already being actively discussed.

"2014 has been a year of great change at GRM with our partnership with Volvo and Polestar. 2015 is a new chapter and we are certainly proud to represent an iconic brand such as Wilson Security - we welcome them and Payce in joining Valvoline at GRM, all tremendous supporters of Australian motorsport."

Further communication regarding Volvo Polestar Racing's 2015 V8 Supercars Championship campaign, including confirmation of drivers, will be communicated in due course.

Caruso delivers at the 'concrete canyon'

Slade rehydrated and ready to go

Burgess: "The right person stood on the podium"