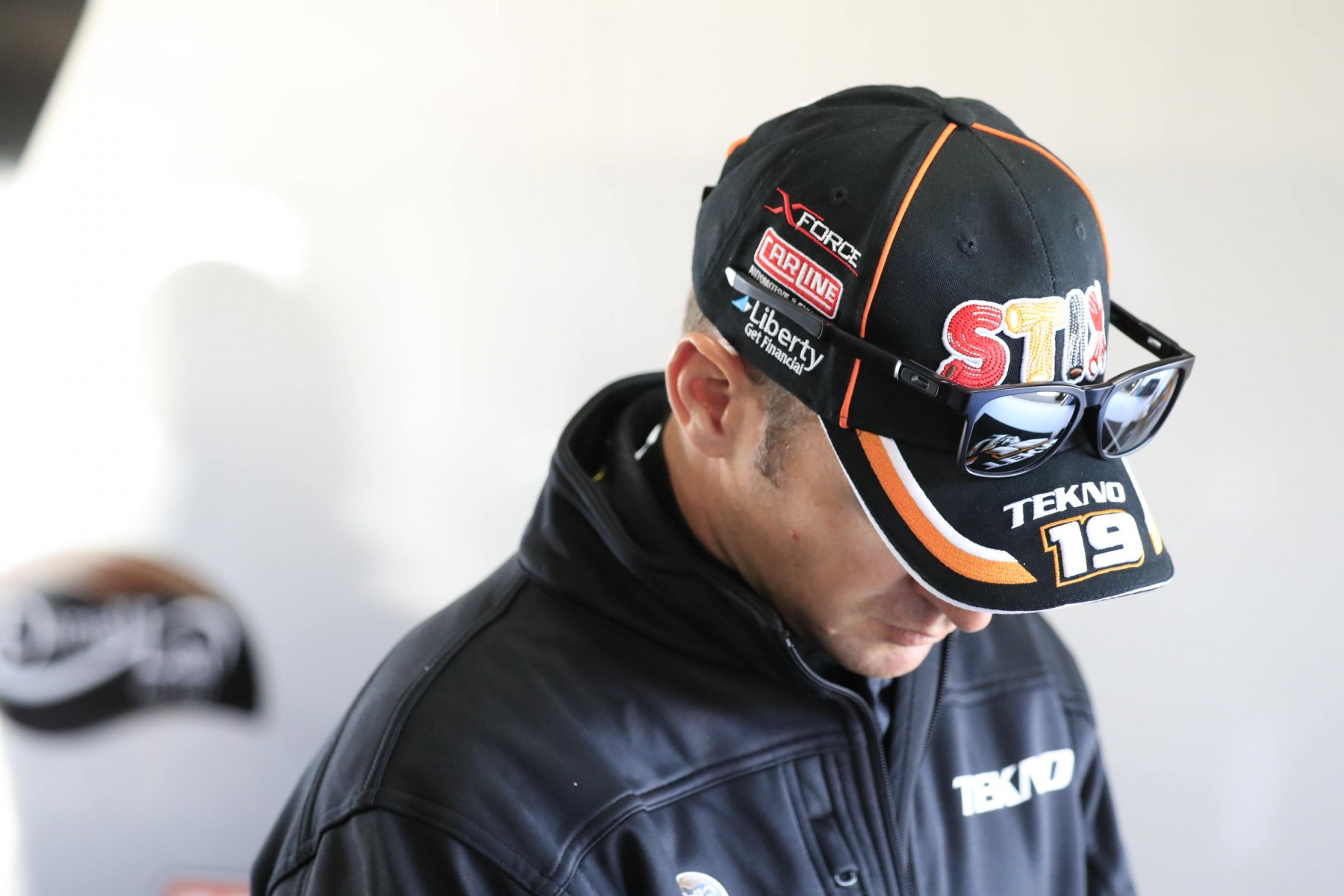 A late change of strategy left Will Davison pondering what could have been after Sunday’s 200km race at the Woodstock Winton SuperSprint.

Speaking to supercars.com post race, Davison wasn’t completely sure what had happened given the various strategies run through the race. But he knew switching the planned turned out hurting the TEKNO team, with a qualifying position of ninth turning into a 17th place finish.

“We were right in amongst, it was just the way the strategy worked out,” Davison said.

“Old tyres, people on fresh tyres on the restart. And then we didn’t want to double stack – pitting early, the safety car fell at the worst time for us.

“Our original plan was to run long and it actually would’ve worked perfectly – the safety car would’ve come as we’d pitted the first stop, and that was our original plan.

“We would’ve had track position, anyway.”

The TEKNO team didn’t take the opportunity to pit under Safety Car. While they restarted in the top five, they required a long final stop to take the required amount of fuel.

They deviated from the original strategy because Davison wasn’t happy with the car.

“I wasn’t entirely happy with the car early,” he said.

“It wasn’t as good as yesterday, something felt a little weird. I’m not sure if it was from contact on lap one but the steering was off one way and just never had the speed I had yesterday...

“So we altered the strategy and then safety car at a bad time, we came out in a pack of cars and lost a lot of time there and just nothing went our way to be honest.

“Disappointing … with yesterday’s race, nothing went our way.”

Davison had pace on Saturday, but a troubled pit stop cost the team.

He sits sixth in the championship, with a 171 gap to new leader Mark Winterbottom, and despite a tough weekend still believes they are contenders.

A test day in a fortnight’s time is a positive now he has learned more about the Triple Eight car, and is trying to adjust to recent updates in the Holden Commodore VF.

Davison sees the upcoming test as his first for the year, calling his pre-season run a “non-event” as he drove the car for the first time.

“And when you’re trying to test it – you’re trying to do your own thing but then you sort of get dribs and drabs of what they [Triple Eight] are doing and that’s why a test day is really important moving forward. I’m still adapting. We’ve had a good start to the year. We’re sixth in the championship, genuinely should’ve been on the podium Saturday, fourth in Perth.

“We seem like we’re consistently ok and we’ve got a lot to come.

“Consistency is what we need and when we get that, we’ll hopefully go and win a few more races.

With a four-week gap until next event in Darwin, Davison will spend this weekend in Noosa at the Ultimate Sports Festival, completing an ocean swim Saturday and a 100km bike ride on Sunday.