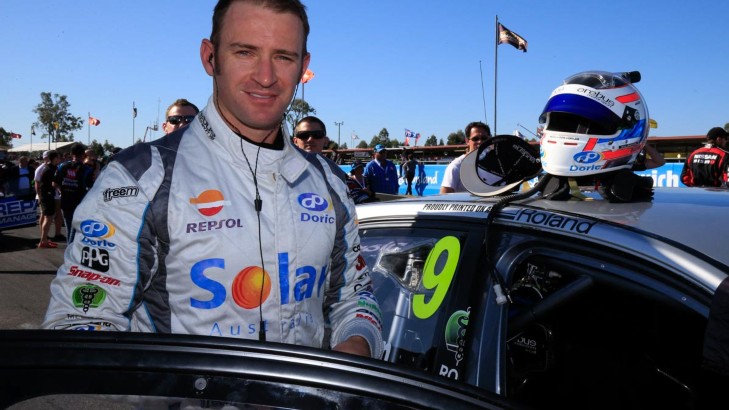 Will Davison wants a V8 Supercars Championship victory in the next few years.

His move to TEKNO Autosports for 2016 was confirmed last night at the Castrol Gold Coast 600, and while he is committed to seeing the year out with Erebus Motorsport, 2009 title runner-up Davison revealed the lure of running Triple Eight equipment was too strong.

"These next two or three seasons I see as my peak - I really want to give myself one last shot at going for a championship," Davison told FOX SPORTS.

"I've been second, I've been third, I've been fourth - so I just want to make sure in these next couple of years when I feel I'm driving as good as ever I give myself every single opportunity to do it.

"Jono Webb [team boss] is a great guy, Steve Hallam [team principal] is obviously someone we all look up to for what he's done. I've just got to put my head down, bum up and give it one massive push."

The 2009 Bathurst winner earned one win with Erebus in Perth this year, after joining the developing team from 2014, and scored a pole position at Homebush last year.

And while TEKNO is just a one-car squad, its alliance with Triple Eight - and potential pit-lane pairing with Craig Lowndes' third car next year - had strong pulling power with Davison.

"It's pretty obvious that they're a great little team, but top, top equipment with their allegiance with Triple Eight - which I think will be even stronger next year with the expansion of T8.

"So as I said, I haven't gone too far into any details with them, that'll come later on in the year, but obviously an alliance with the best team in pit lane and the best equipment."