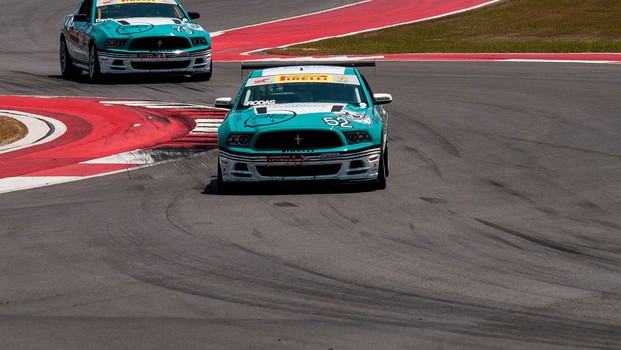 Ford could have a futureracing the iconic Mustang in the V8 Supercars championship if a proposal toallow two-door coupes to go head-to-head with the current four-door sedansgains support.

The idea, pitched by V8Supercars board member and Red Bull Racing Australia and Triple Eight RaceEngineering owner Roland Dane in a strategy paper late last year, has gainedadded impetus following Ford’s announcement that it will cease localmanufacturing in October 2016 and kill off the iconic Falcon nameplate.

“The days of four-doormedium and large saloons being main players in the market place have gone,”Dane told the automotive website motoring.com.au. “So that’s what it (thepaper) is really about.”

It is understood Dane’sproposal received only limited attention form the board at the time hepresented it because of the amount of issues that have beset the category oflate, culminating in the recent departure of CEO David Malone and hisreplacement with former TV executive James Warburton.

“Now we have got somestability back in there I am hoping it will get looked at properly,” said Dane.“But it has very much been in my mind for a long time.”

Dane’s thought process isn’tdriven by the plight of Ford specifically, but of the decline of the globalfour-door sedan market and the end of the Australian automotive industriesability to build stand-alone models.

The Falcon is going and theHolden Commodore VF will be replaced by a global model in 2017, most likely afront-wheel drive rival for the Toyota Camry and Aurion. FOR THE FULL STORYCLICK HERE.

23/05/2013
Stay In The Know
Sign up to the Virgin Australia Supercars Championship Newsletter
We use cookies to ensure that we give you the best experience on our website. If you continue to use this site we will assume that you are happy with it.Ok