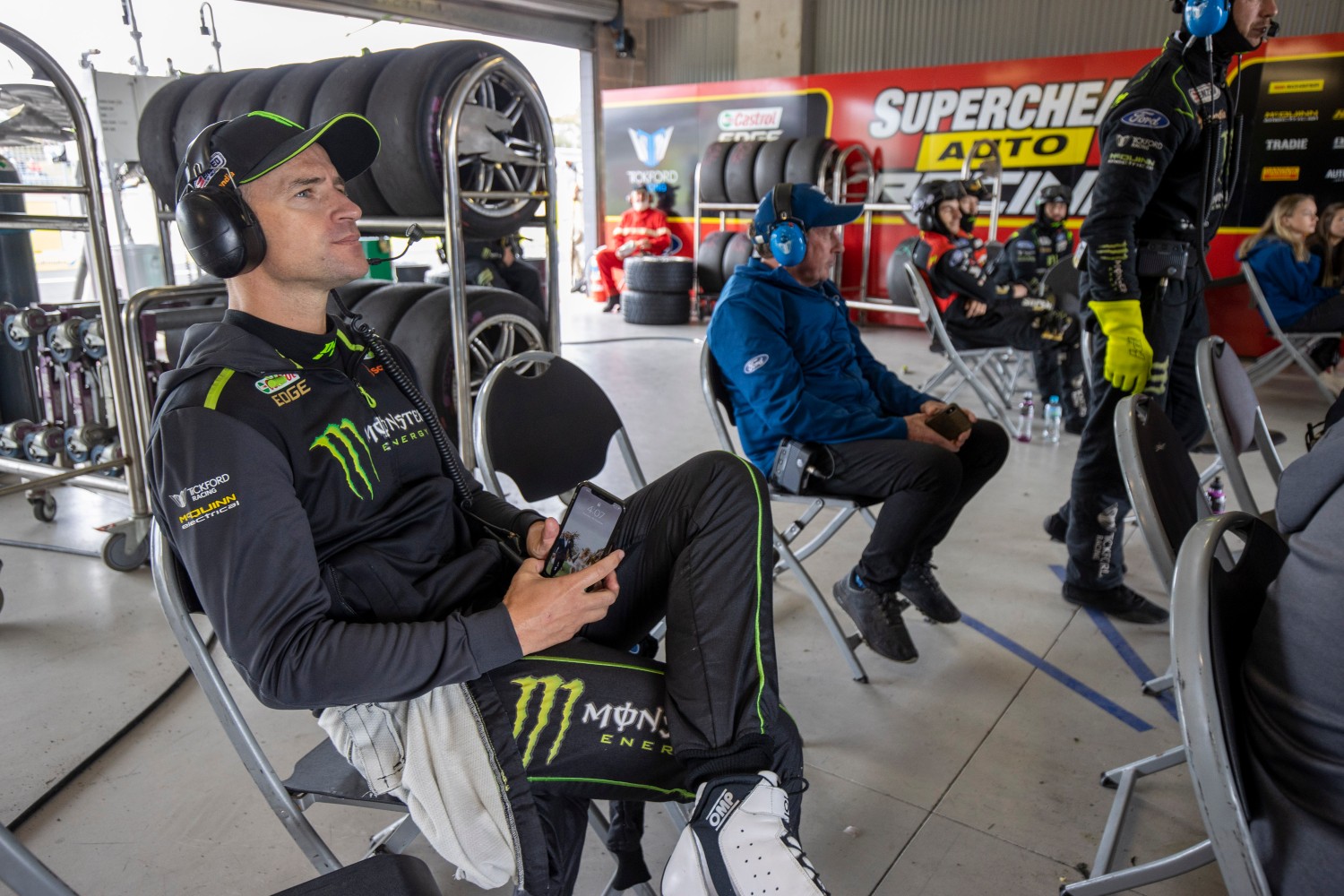 One of the fittest drivers on the 2021 grid, Will Davison gave himself little time to relax ahead of a blockbuster full-time return with Dick Johnson Racing.

Davison was confirmed as part of an all-new driving line-up for DJR, with Anton De Pasquale shifting from Erebus Motorsport.

The two-time Bathurst winner has already turned laps in a DJR Mustang, hitting Queensland Raceway shortly after he was announced.

Already, questions have been asked of the team and whether it can remain a front-running force despite Scott McLaughlin and Team Penske moving on.

However, team boss Ryan Story has already affirmed to Supercars.com that the champion Ford squad wouldn't have opted for veteran Davison and young gun De Pasquale if it wasn't confident in either driver. 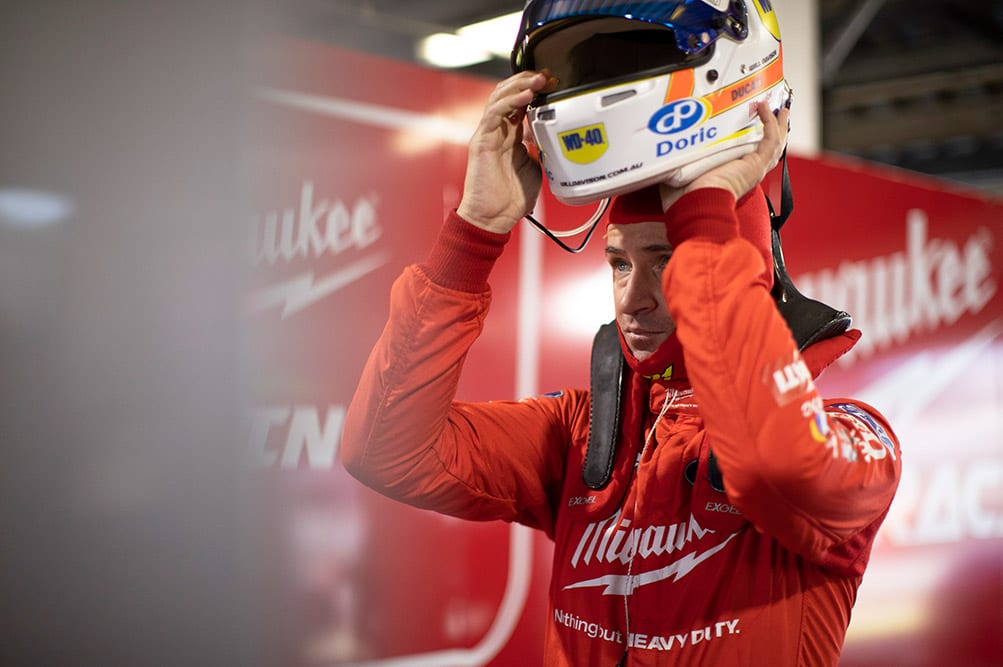 One of the elder statesmen on the grid, Davison will turn 39 in August and has raced just once, at last October's Bathurst 1000, since his 23Red Racing drive disappeared last May.

Such is Davison's respect in Supercars circles, that he had to decline fans' crowd-funding donations to help get him back on the grid.

Having endured a quiet 2020, the 453-race veteran worked hard on his fitness heading into another career-defining opportunity.

"I wouldn't really call it an off season, my season started after Bathurst," Davison told Supercars.com.

"I had enough time off last year that I didn't really anticipate.

"I've spent a lot of time at DJR since I got back from the two weeks of quarantine after Bathurst. 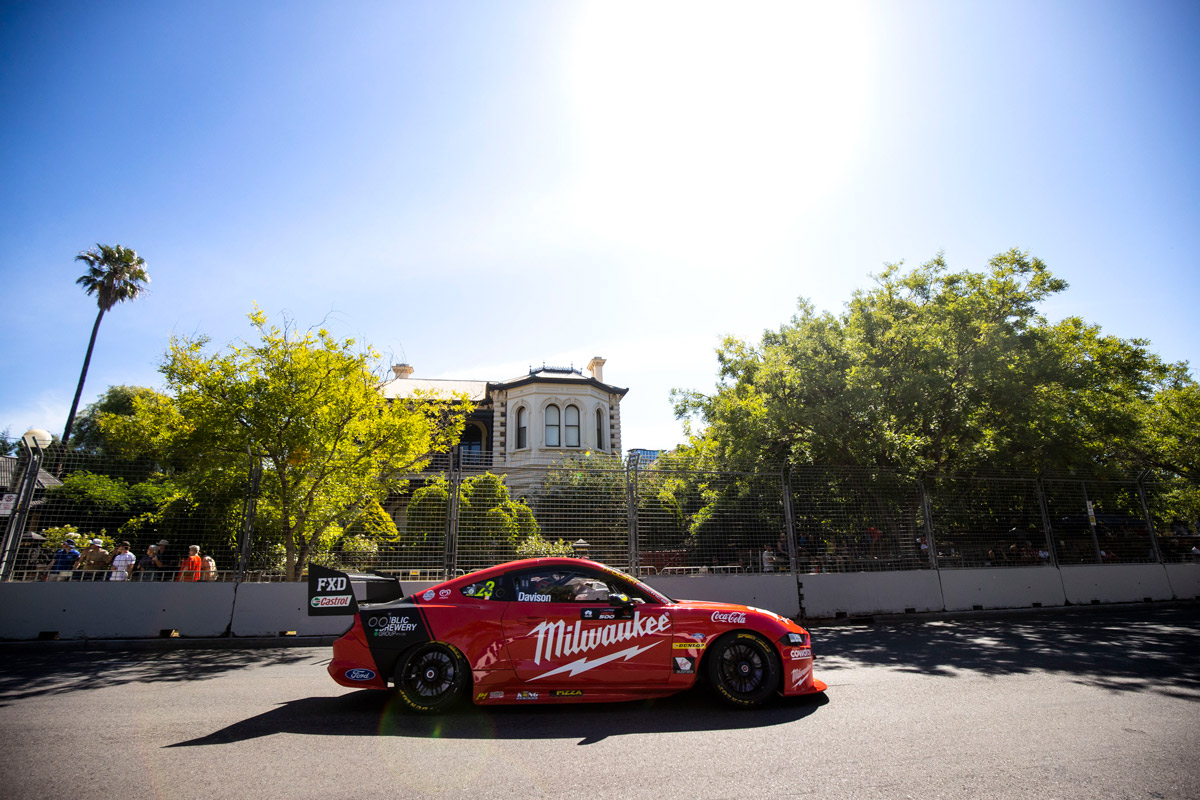 "I went in there and everything was announced. I've been flat out trying to integrate myself into the team, all the way up to December 18.

"It was different to how I'd normally spend a December at the end of a season. You normally try and get away from it all, but this time, I couldn't stay away.

"I trained all the way through, I didn't have time off so to speak. I switched off and relaxed at times, but I've trained pretty hard through the Christmas break and over December."

For Davison, age means little. Few drivers, if any, would be better prepared for the physical challenge of wrestling a Supercar than the third-generation racer.

From karting to mountain bike riding, running to swimming, the evergreen Davison is always on the go, looking for new ways to keep himself sharp.

So much so, that he treats the occasional triathlon as a "bit of fun". 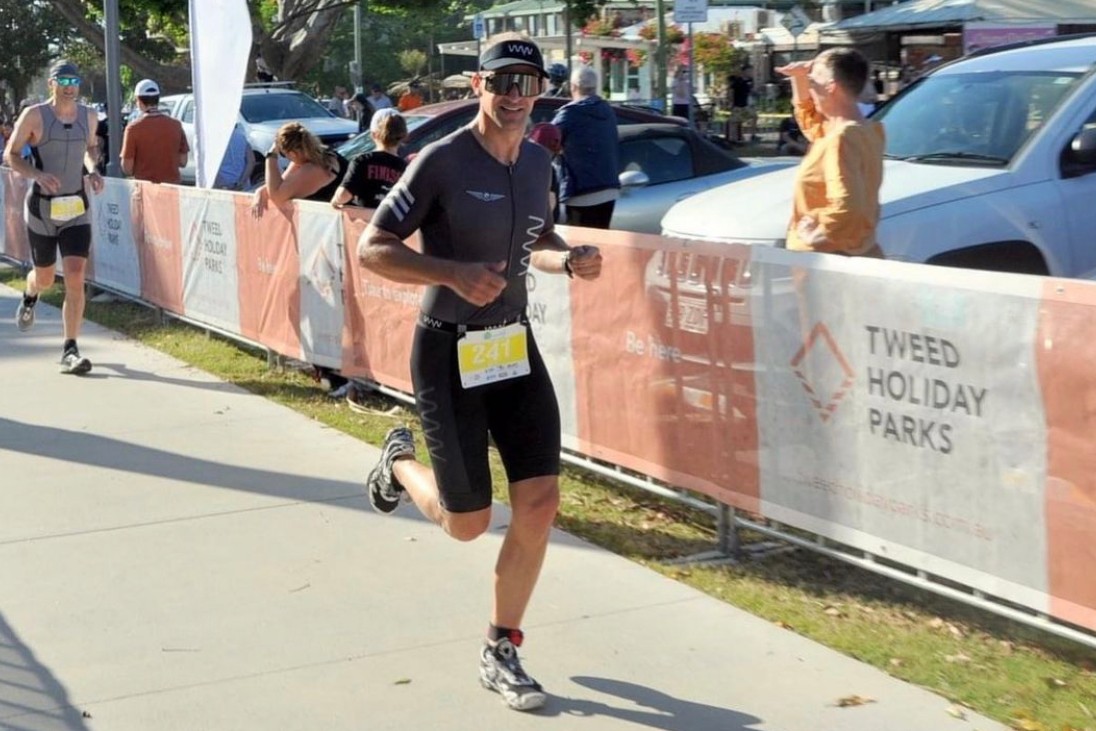 "There is the obvious fitness aspect, there's no secret I've been doing them on and off for over 10 years now," he said of triathlons.

"It's something that [wife] Riana and I enjoy doing together. We're in a training group and we've got a lot of friends that we enjoy training with and do the odd event with.

"I don't get too competitive, I enjoy getting out there and taking on the challenge and pushing myself physically. It's a great way to stick to a discipled routine.

"I do a lot more racing-specific work in the gym now as well, which is more important than anything, because racing is so physical.

"I'm proud that I've always kept myself pretty fit. The triathlons are a bit of fun, but I'm always looking to new ways to stay sharp and keep my reflexes sharp.

"That's core strength, balance, things that are relative to tackling a race car. 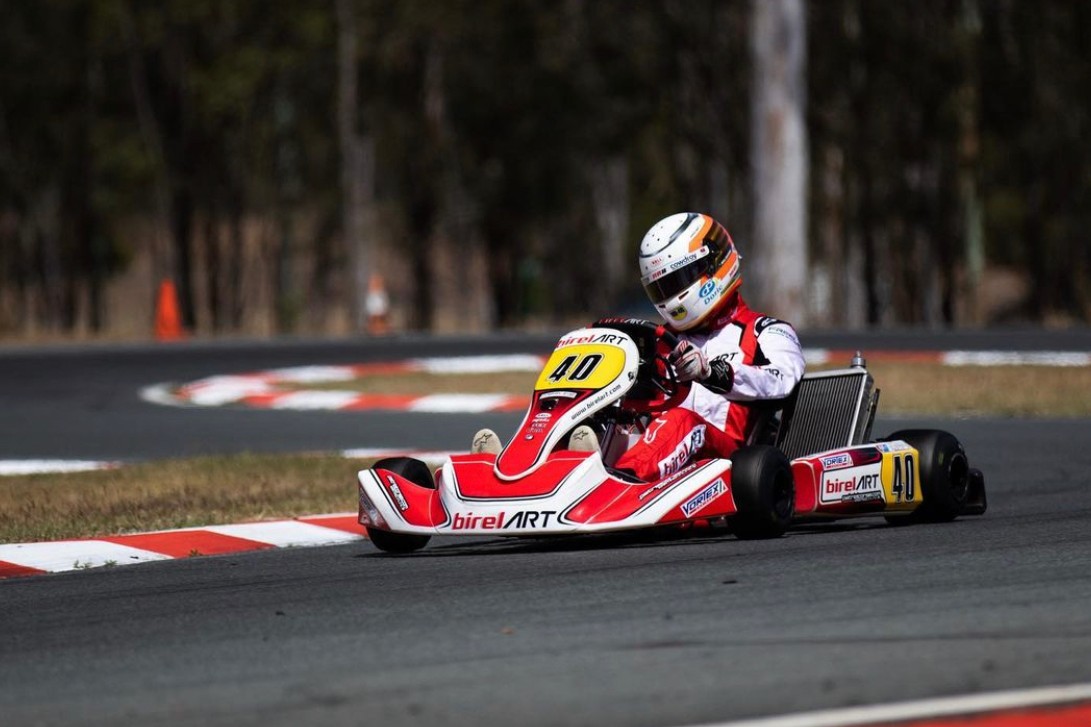 "I like to do go karting and mountain biking, whatever I can do to simulate racing intensity physically when you're not in the car."

Having retained his fitness following his 23Red Racing exit, Davison was in top form when he returned to the grid for last year's Bathurst 1000 alongside Cameron Waters.

Davison was key to unlocking Waters' breakout performance at the mountain, with the #6 Monster Energy Mustang the pace-setting car all weekend.

Despite the duo missing out on the win, Davison was buoyed by the "best" Bathurst display he'd been a part of as he circled on a full-time return for 2021.

Shortly after the end of the 2020 season, it was confirmed Davison had earned the plumb drive with DJR, elevating him into a championship-winning seat and a switch to a team he had won races for 12 years earlier. 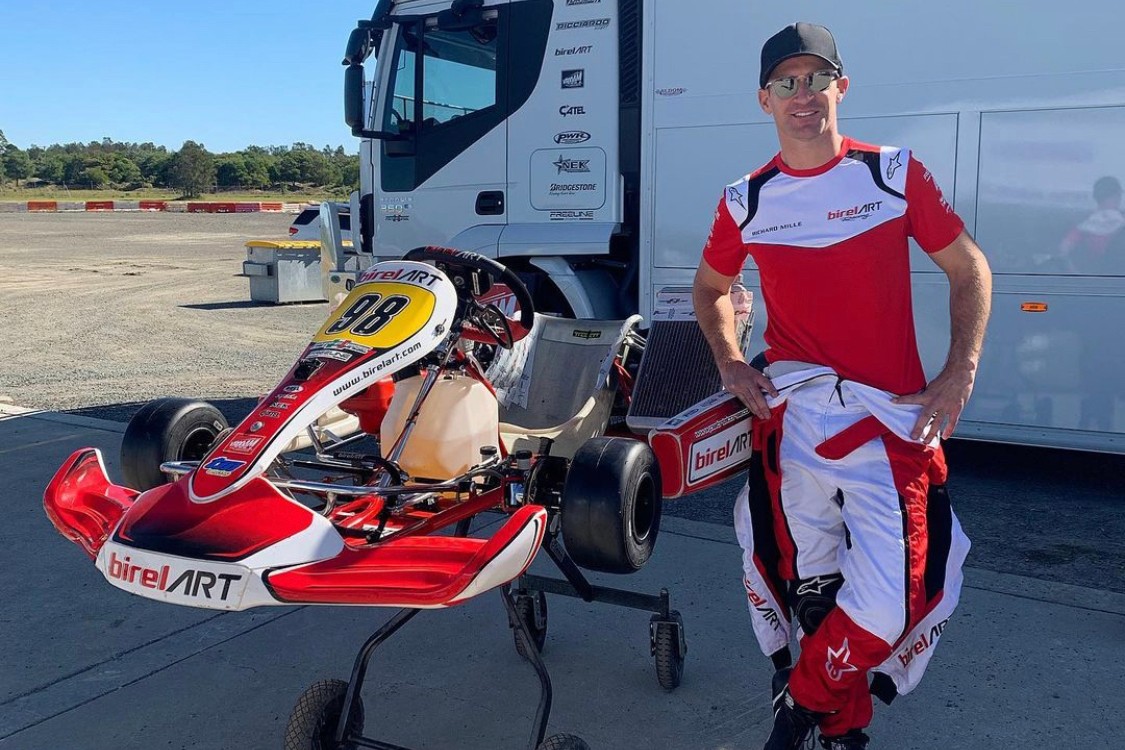 Still confident he is in the prime of his career, the Gold Coast-based driver "couldn't be happier" he was rewarded with the DJR drive after biding his time in a difficult year.

"I didn't want to jump to any decisions that were going to conflict with what I wanted to do for 2021," he said.

"I spent months and months trying to get my future secured full-time. I just wasn't ready to give in.

"The circumstances of how it all went down, with the form I felt I was in, I wasn't ready to concede it was over. 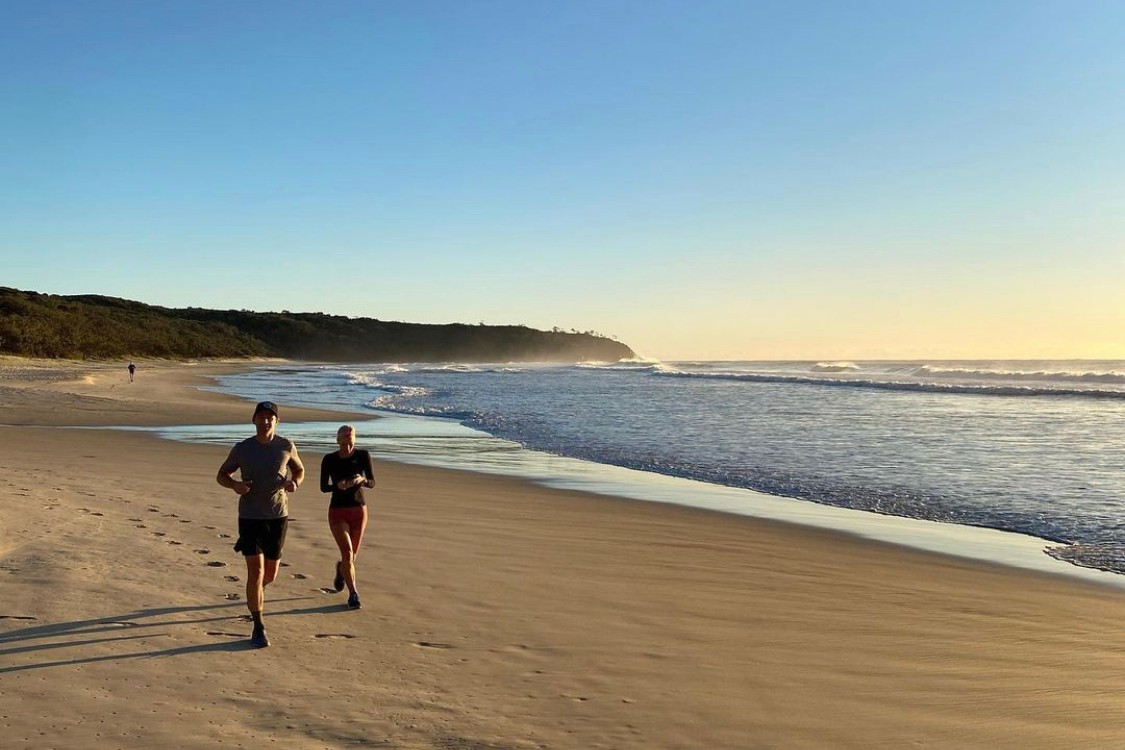 "I was always pretty confident something would come off, but there's always that uncertainty. It was a tricky period, but it came to making a call for Bathurst.

"It was a natural decision to make that call with Tickford, but it turned out to be the right one. I really wanted to stay in the Ford family, they've been really good to me.

"It benefited everyone at Tickford having me remain for the only enduro of the year. Now I've got an amazing opportunity, which I'm really happy about.

"I'd been in discussions for some time and I was hopeful it would come off, even if it was a bit of a rollercoaster.

"I was really holding out for the 'Plan A' and it came off. I couldn't be happier."