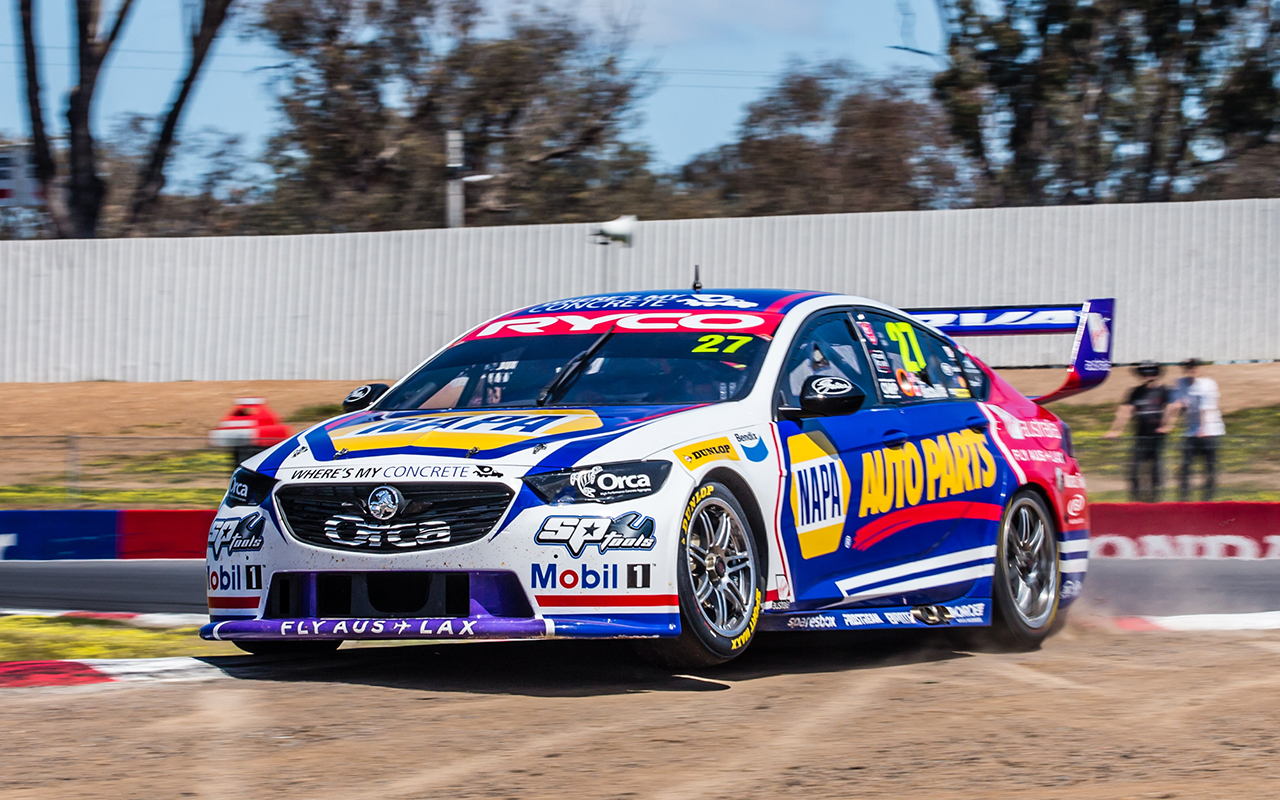 The IndyCar star lost control of the #27 NAPA Auto Parts Commodore and collected the wall at the exit of Turn 4, nearing the end of the second day of running.

WAU has confirmed the car suffered “minor rear-end damage” and has been sent back to its Clayton workshop, ending the test a day early.

It will now go on the team’s chassis jig before being sent to Mount Panorama for the Supercheap Auto Bathurst 1000 on October 10-13.

Rookie Rossi is sharing the car with fellow IndyCar driver James Hinchcliffe, who has a single Supercars event start to his name in 2012.

WAU co-principal Mathew Nilsson said both drivers took plenty from the test, despite it being cut short.

“We’ve made the call to send the car back to our Clayton workshop to be checked over before it leaves for Bathurst,” he said.

“It’s better to get it back there tonight and looked at before we pack at the end of the week.

“The damaged parts are all replaceable, there was no major structural damage, and it won’t have an impact on next week at Bathurst.

"While we planned to have a third day testing, this is motorsport and these things happen.

“Both drivers and everyone involved took a lot out of two really solid days of running.

“They adapted to the car extremely well, and they will be ready for Mount Panorama next week.”

Rossi, the 2016 Indianapolis 500 winner, had been pleased with his initial transition to the car on Tuesday.

"It was easier to get used to than I had imagined – I was preparing myself for the worst," he said after the opening day.

“Kind of like all race cars, to get to the top times and the top cars, there’s a lot of work that goes into it and we’re not quite where we need to be yet, so fortunately we have another couple of days to keep working on it and dial it in.”