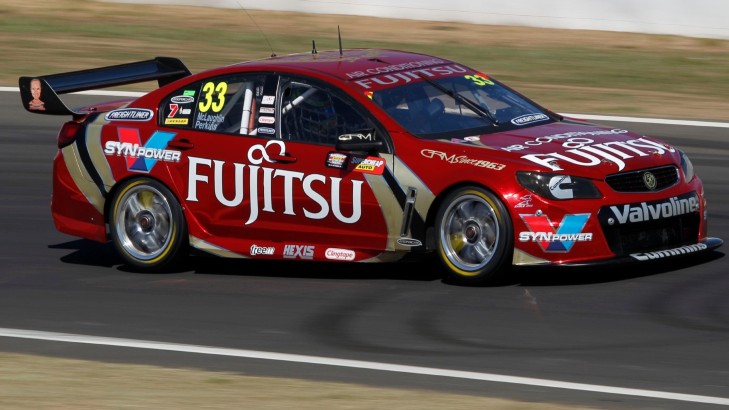 Brothers Aaren and Drew Russell, along with father Wayne who is the team manager, will take on the Mountain for the first time as a wild card entry.

The drivers had their first opportunity to sample the Garry Rogers Motorsport-built new gen Holden Commodore on Monday, and couldn't be more excited to get to Mount Panorama in October.

"It was a pretty special day for Drew and myself, and all the guys that came along in the team," Aaren, 24, told v8supercars.com.au of the test day.

"It was one of those days, we were like kids in a candy shop!

"We were just trying to get laps in, get comfortable with the car, the seating position - there's nothing worse than trying to do 161 laps around Bathurst being uncomfortable. So it was all about trying to get back into the swing of things with Drew as well, because he hasn't really driven anything in 12 months."

Aaren races in the V8 Supercars Dunlop Series, as brother Drew did from 2007-13. Aaren last year completed the Dunlop Series "mini-enduro" 250km race around the Mount Panorama circuit, but for the pair, this will be the first time they'll need to consider things like driver changes.

It is also the first time either has raced a new generation V8 Supercar, though Aaren had the chance to participate in an additional driver practice session with Lucas Dumbrell Motorsport at Queensland Raceway recently. He believes the GRM car feels quite similar to the Triple Eight-built Commodore he sampled at Ipswich.

"It's a similar feeling to the Dunlop Series car, it just does everything a little bit better, so should be good in the scheme of things. We're just getting used to all the ergonomics in the car and the different buttons between everything." 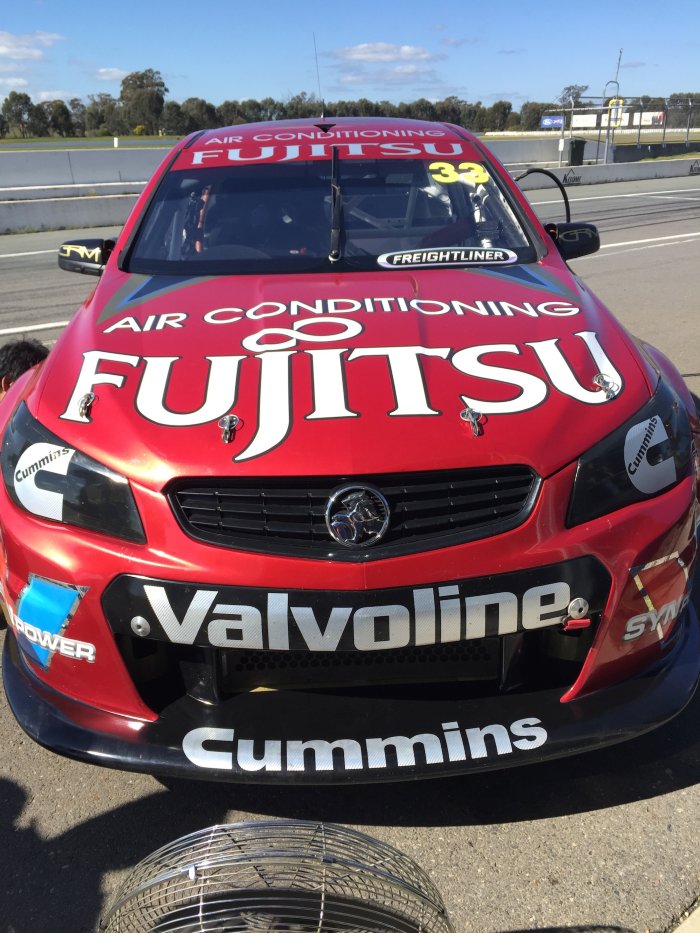 Setup wasn't a focus on Monday - getting laps and feeling comfortable in the car was the main thing. While the team received some support from GRM, the car will be run by the Novocastrian crew and Aaren's regular engineer Matt Boniface.

"GRM helped us at the test day, they pretty much had two guys on the car with us and we had our crew there learning with GRM," Aaren explained.

"But it was more the mechanical side of things, and just seeing what more the 'Car of the Future' entails, even with small stuff - like when the car's up in the air after it comes in, how to put the fans on it, spin the wheels - all the little stuff like that we need to do right."

While the wild card entry is allocated two test days, Aaren is unsure whether they will utilise the second day given their Dunlop Series preparation and the amount of practice time across the four days at Bathurst (including Sunday morning warm-up).

"You're almost doing the Bathurst kilometres just practicing," he said.

"So we're going to have plenty of time working on things, to practice driver changes.

"We're just wanting to finish, not out there to set the world on fire, just stay on the lead lap and finish, and see where we are at the end."

The Novocastrian entry is one of two wild cards for this year's Supercheap Auto Bathurst 1000, with Prodrive fielding an all-female driver line-up in Simona De Silvestro and Dunlop Series driver Renee Gracie. That squad is yet to test.