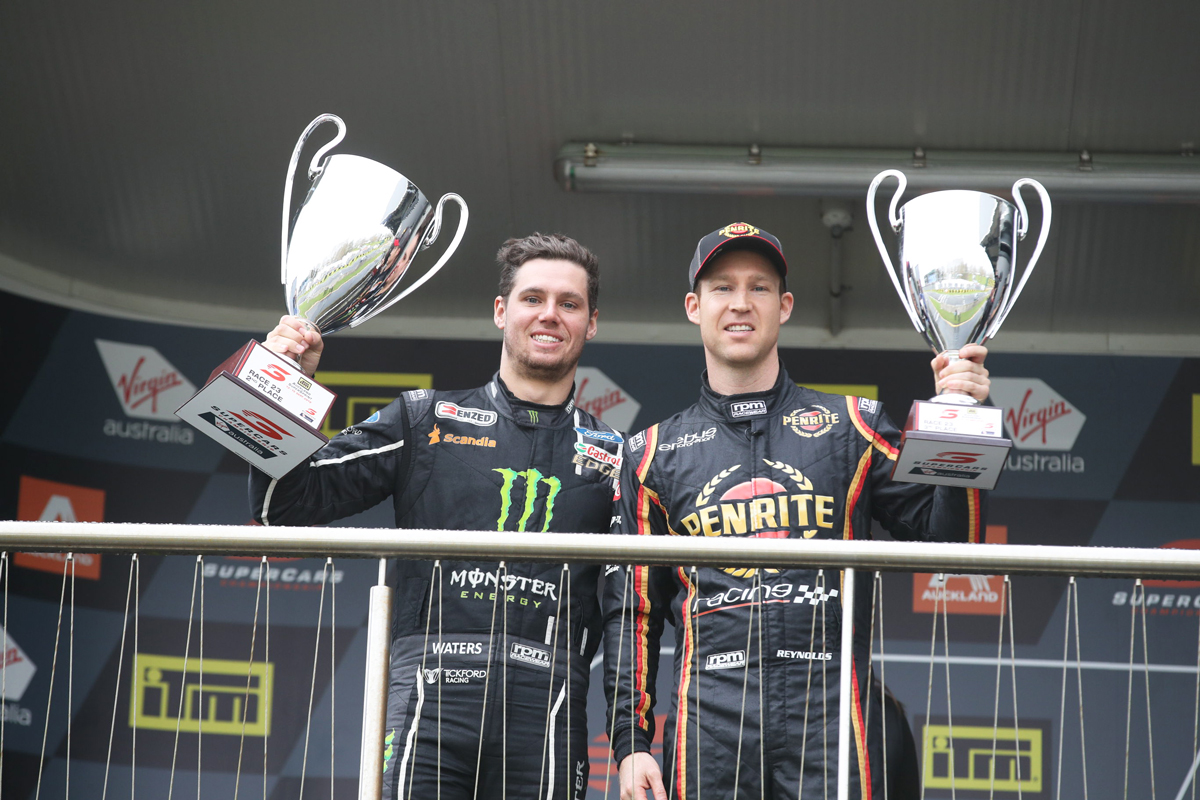 Officials waited until post-race to rule on the Jamie Whincup/Nick Percat incident on Saturday, due to the possibility that Scott Pye was also involved.

Whincup was demoted from second to sixth by a 15-second post-race penalty for contact that spun Percat at Turn 8 on lap two.

The Red Bull Holden Racing Team driver had dived down the inside of Pye for 10th place, but tagged Percat in the process.

Percat was later among those to express surprise the investigation wasn’t concluded during the race, which is the preference of officials where possible.

While an initial onboard from Whincup clearly showed him hitting Percat, it was unclear whether Pye had also made any contact with the back of the Brad Jones Racing entry.


“When we first saw the incident on the broadcast, we weren’t 100 percent sure whether Scott Pye was involved as well,” Deputy Race Director David Stuart told Supercars.com.

“Looking at the camera angles that we had, it looked like he possibly could be.

“So rather than issue the penalty in-race, we felt it better to err on the side of caution and do a post-race investigation.

“Post-race we were able to get the onboard out of Scott Pye’s car and another following car.

“We could confirm through that onboard that Scott Pye wasn’t involved in the incident at all and that the incident was purely between Jamie and Nick Percat.”

The 15-second penalty applied is consistent with previous incidents where the victim has lost multiple places, but not been taken out of the race.

Both had also benefited from a 15-second time penalty for Will Davison, who crossed the line third but had earlier been caught speeding in pitlane.

Waters and Reynolds were presented with their second and third place trophies in an impromptu second podium ceremony on Sunday morning.

The presentation - which included a stand-in for an absent van Gisbergen - was broadcast on Paddock Pass Live powered by Repco, via Supercars’ Facebook page.