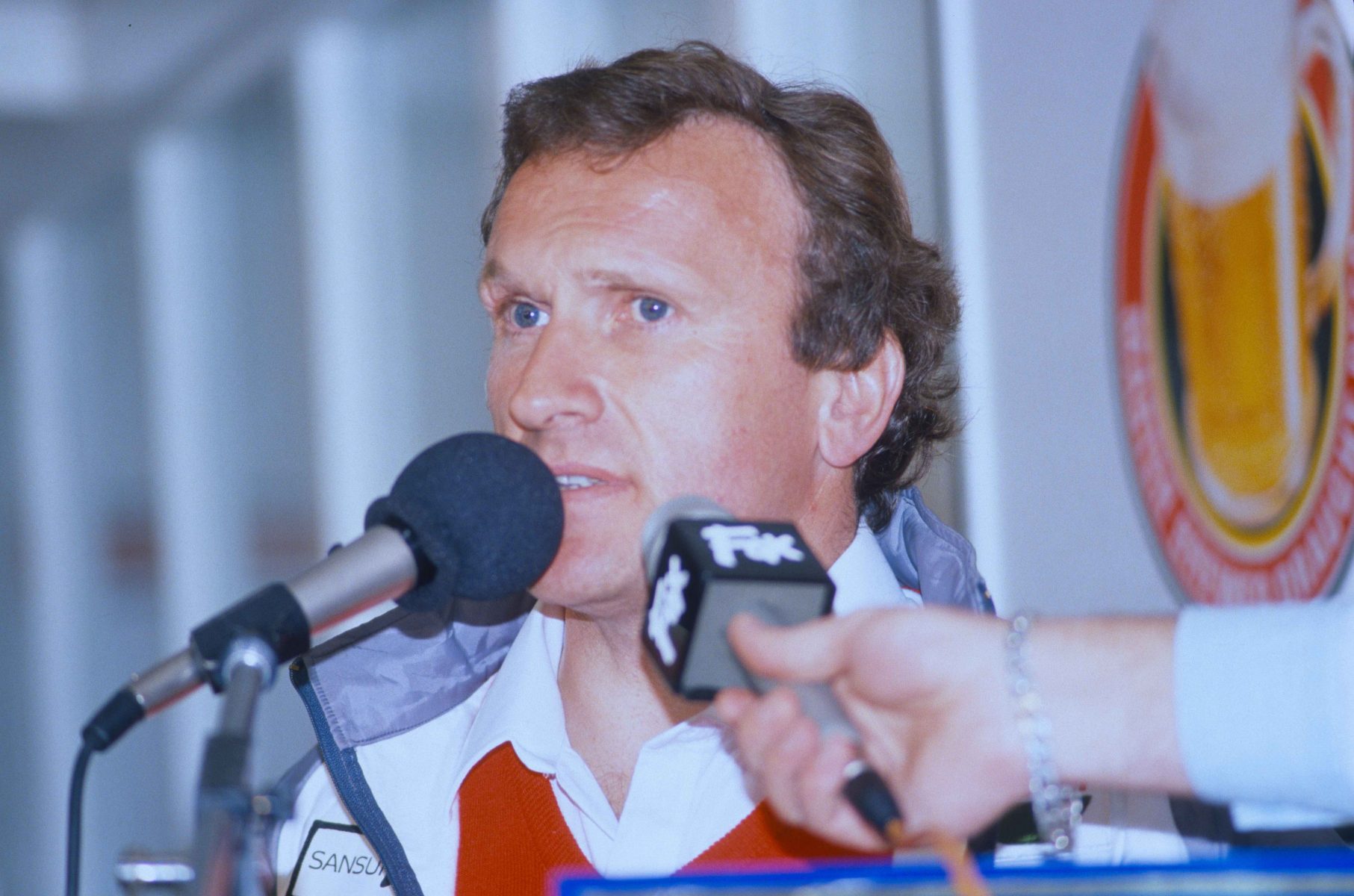 Late Scot Tom Walkinshaw’s love of Bathurst and the passionate Australian fan base were key motivators for taking on the local racing and automotive scene, says son Ryan.

Tom Walkinshaw, who died of cancer in 2010 aged 64, was on Monday night inducted into the Supercars Hall of Fame at the season-ending Gala Awards.

The honour recognises Walkinshaw’s contribution to Supercars, which included his Holden Racing Team dominating the championship from 1996-2002.

Walkinshaw first ventured to Bathurst as a co-driver to John Goss in 1984, when a clutch failure left him stalled on the grid, triggering a multi-car melee that red-flagged the race.

He returned a year later with his own Tom Walkinshaw Racing’s three-car Jaguar attack, scoring pole and finishing third in the race, which was won by one of the sister XJS entries. 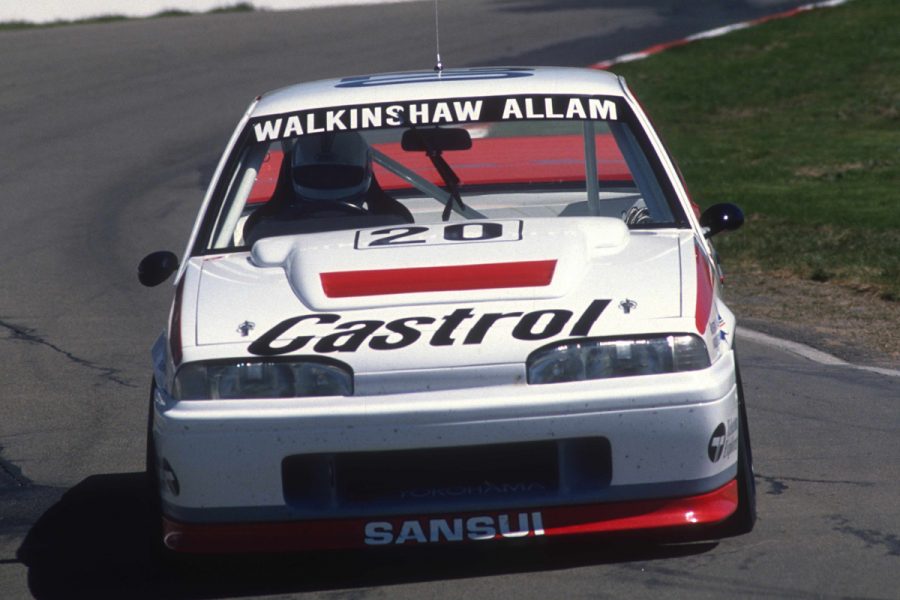 Walkinshaw's third and final Bathurst as a driver came in 1988

Walkinshaw soon set up his own race team in Australia to complement the road car arm, running under the Holden Racing Team banner from 1990.

The Supercars team operated while, elsewhere in the world, Walkinshaw and TWR were finding success in a host of other disciplines, including Formula 1 and at Le Mans.

Ryan and his mother Martine took to the stage at the Gala Awards to accept Tom’s Hall of Fame induction, where Ryan described his father’s passion for Australian motorsport.

“My dad was known for being a ferocious racer, competitor and businessman,” Ryan told the audience.

“He was one of the few ex-racers who managed to make that switch from being a racer to the commercial side of the motorsport business and succeed in doing so.

“He was a man who never gave up on his ambitions and would often do whatever it took to be a winner. 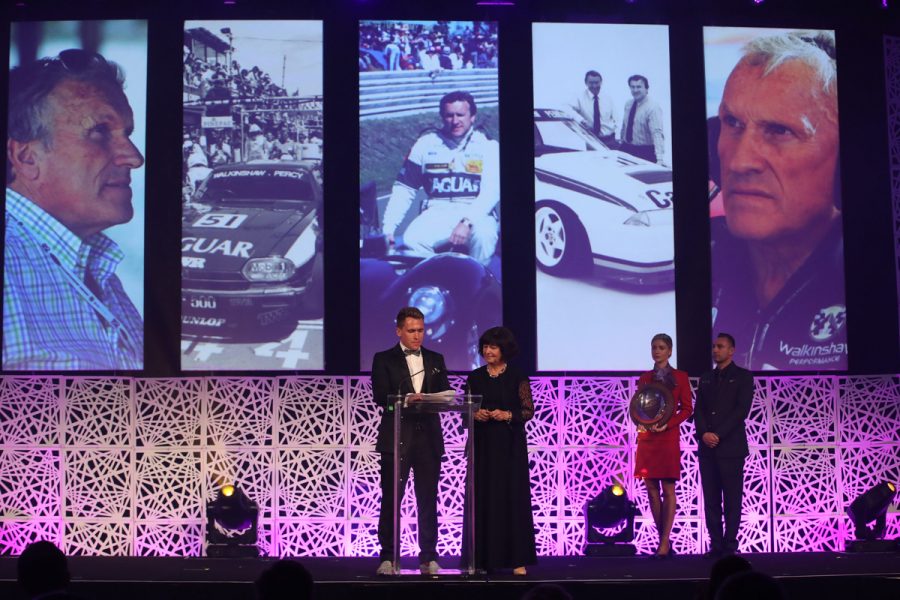 Ryan and Martine Walkinshaw on stage

“It has an immense, passionate fanbase, has world-class, professional teams and is one of the last bastions of true, proper racing on track.

Walkinshaw lost control of his Supercars team in 2003 amid the collapse of the Arrows F1 team and his empire, but was back involved two years later, and regained ownership by the end of the decade.

Although losing its factory Holden deal at the end of 2016, the team still operates today, running this year under the banner of Walkinshaw Andretti United.

Ryan Walkinshaw stressed that his father’s Hall of Fame induction is a tribute to all of those that have worked for the team over the last three decades. 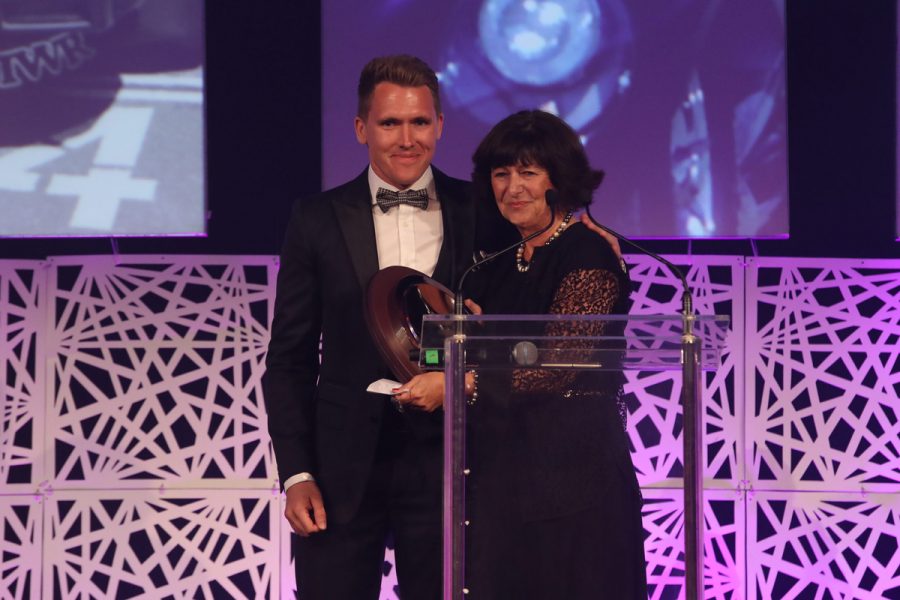 “Dad would have been one of the first to say, if it wasn’t for some of the incredible talent of the people who supported him – the engineers, the drivers, mechanics, everyone around the team all the way through the journey – he wouldn’t have been able to achieve anything that he did,” he said.

“This induction into the Hall of Fame isn’t just about him, it’s about all those people who supported him over the journey.”

Ryan also paid tribute to the support of his mother Martine, who made a rare public speech to honour the occasion.

“I’m not one for public speaking, but I want to take this opportunity on his behalf, and on the family’s behalf, to thank Supercars for bestowing this great honour onto my late husband Tom,” she said.

“It truly means a tremendous amount and I only wish that he was still here in order to be able to stand up here in front of us to receive this honour himself.

“We miss him dearly and to see him honoured this way is something that I will treasure forever.”