Why Race 13 gamble didn’t pay off for Mostert 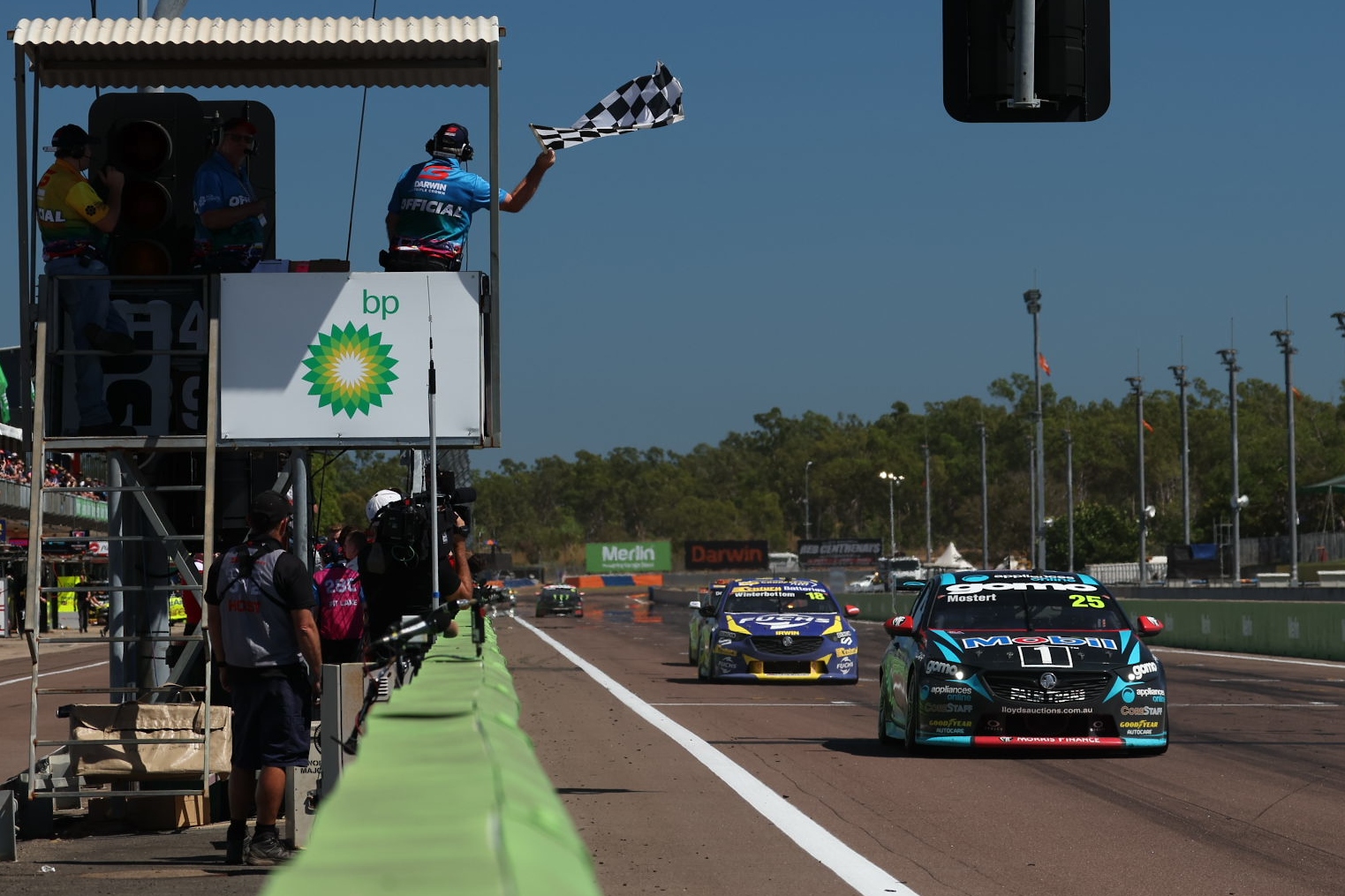 Mostert, who raced from eighth to victory on Saturday, was bumped off the podium in the dying laps by Jamie Whincup.

Walkinshaw Andretti United brought Mostert in on lap 9 of 28, with Whincup staying out until lap 20.

Whincup caught onto the back of Mostert, and in the race’s flashpoint, made the pass for third stick with six laps remaining.

It came after Mostert completed an undercut to range onto the back of pole sitter Will Davison for effective second, with Shane van Gisbergen peerless in the lead.

“What surprised me most was how close we came out to Davison.

“But we just got hot behind that car. Chaz was behind for seven to eight laps within a second, and I was just watching the pressures go high.”

Whincup made a bold attempt on Mostert at the Turn 6 hairpin, only to tap the rear of the #25 Mobil 1 Appliances Online Commodore ZB.

Mostert managed to keep Winterbottom behind, but a second visit to the podium in as many days went begging.

Regardless, Mostert had his work cut out for himself after qualifying eighth for both races.

“Jamie had a really good stop, and when I saw he came out within two seconds, it was going to be a case of if, not when,” De Borre said.

“We had to try something, because we were starting out of position because of our qualifying performance.

“Our race car seems to be solid; our qualifying car needs a bit more work.

“We’ve done a lot of work on improving our race package; this track, for me, was always going to be a challenge with our philosophy.”

It will be an even greater challenge in Race 14, with Mostert to launch from 10th. 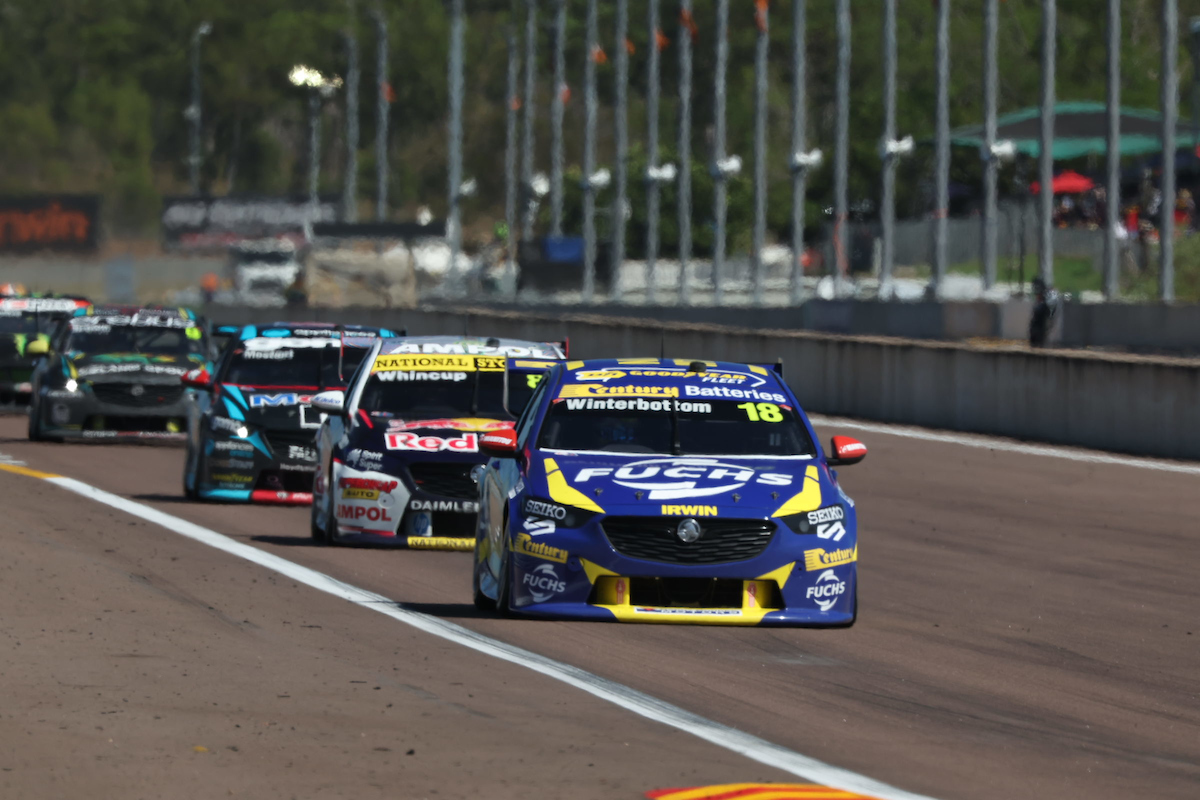 Mostert (third in queue) in the lead pack after the start

Regardless, Mostert retained his perfect record of qualifying in the top 10 for each race so far this season.

Only Anton De Pasquale has achieved the feat, with Sunday fast man Will Davison only 24th in Saturday qualifying.

Cameron Waters’ Race 14 effort of 12th also dropped him out of the grouping.

“This year, we’re not having that big a swing at the car, we’re really just polishing it,” De Borre said.

“We’re the wrong side of two tenths off our one-lap speed at the moment.

“That could be us getting the pressures wrong… it’s not a major thing that we’re looking for to go a heap faster in qualifying.

“It’s just something small that we’re missing, because we’re really comfortable with our race car."