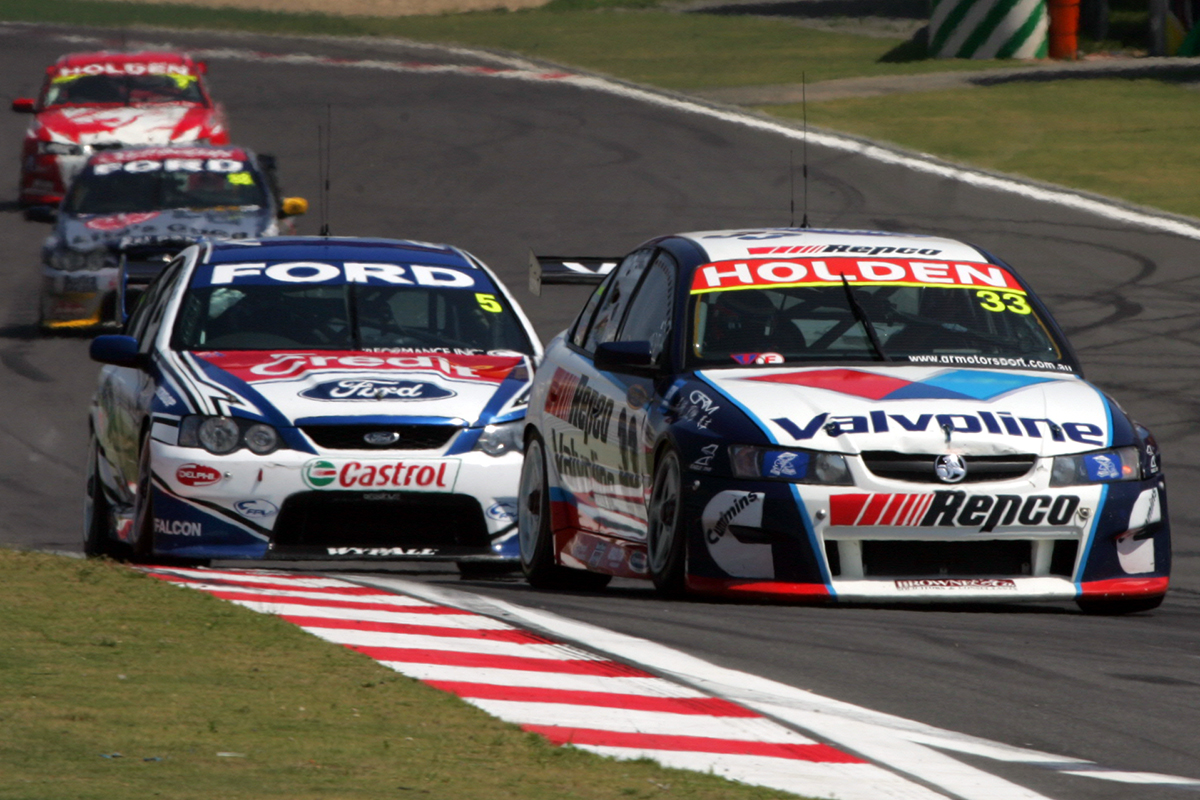 One of Holden’s most-loyal Supercars drivers, Cameron McConville has opened up on why he turned down a chance to join Ford’s factory team in the mid-2000s.

McConville, now 45, drove in 331 Supercars Championship races from 1999-2017, aboard Holden Commodores run by a variety of teams.

His relationship with the brand also spread to other categories, driving factory-backed entries in the Bathurst 12 and 24 Hour races, winning the latter in 2002.

Speaking on the V8 Sleuth podcast, McConville says his loyalty was heavily tested at the end of 2005, when Ford’s factory team was scouting for a driver.

It remains one of the most talked-about driver deals in Supercars history, with the likes of Jamie Whincup and Jason Richards having also been sounded out for the seat. 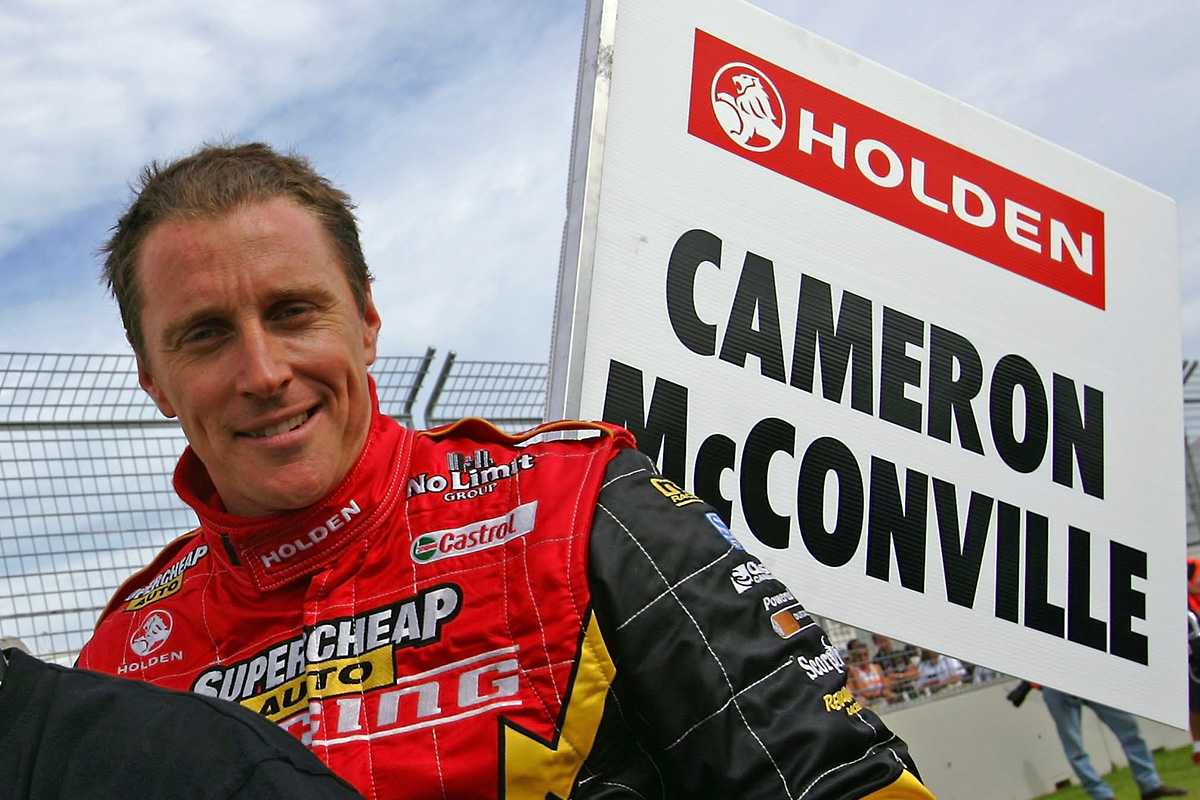 “I had a Heads of Agreement for 2006,” McConville told podcast host Aaron Noonan of the FPR drive.

“It’s a precursor to a contract, so it basically says 'you start at this time, this is the sign-on fee, this is your salary’.

“I got approached by FPR, David Flint at the time, and Tim Edwards had just started.

“I had the big tour when the whole building was there and then we followed it up with another meeting, and then I finally had a Heads of Agreement to go there for a two-year deal.

“I’d had two years with Garry [Rogers]. There was nothing wrong at GRM at all. We were probably not a front-running team, but were on the next level.”

Asked why the deal did not go through, McConville said Holden bosses put forward a counter-offer to join Greg Murphy at PWR for 2006.

Murphy was already a four-time Bathurst winner at that point, including his 2003/04 double alongside Rick Kelly, and represented a chance for McConville to achieve his ultimate aim.

“[I] turned it down. I think Holden got wind of it,” said McConville of the FPR deal.

“I had some allies in at Holden Motorsport, they said they didn’t want me to leave.

“Paul Weel was going to move aside, and I think they were trying to move PWR into a second-tier factory team.

“I met with Kees Weel, met with Holden Motorsport – Simon McNamara and a couple of the team there.

“They said ‘we want you to stay and this is what the deal is going to be; it’ll be with Greg Murphy [and] you’ll get to drive with Murph at Bathurst,' which was a fairly big ticket for me to try and win that bloody race at some point.

“I was getting some pressure from FPR and I had to ring them and say ‘look, I really, really appreciate the offer, you’ve got a great team, but something else has come up and I’m going to stay with Holden. They said ‘OK, understood’ and wished me luck.

“So I decided to stay loyal to the Holden brand. I had two pretty lean years [at PWR], unfortunately...” 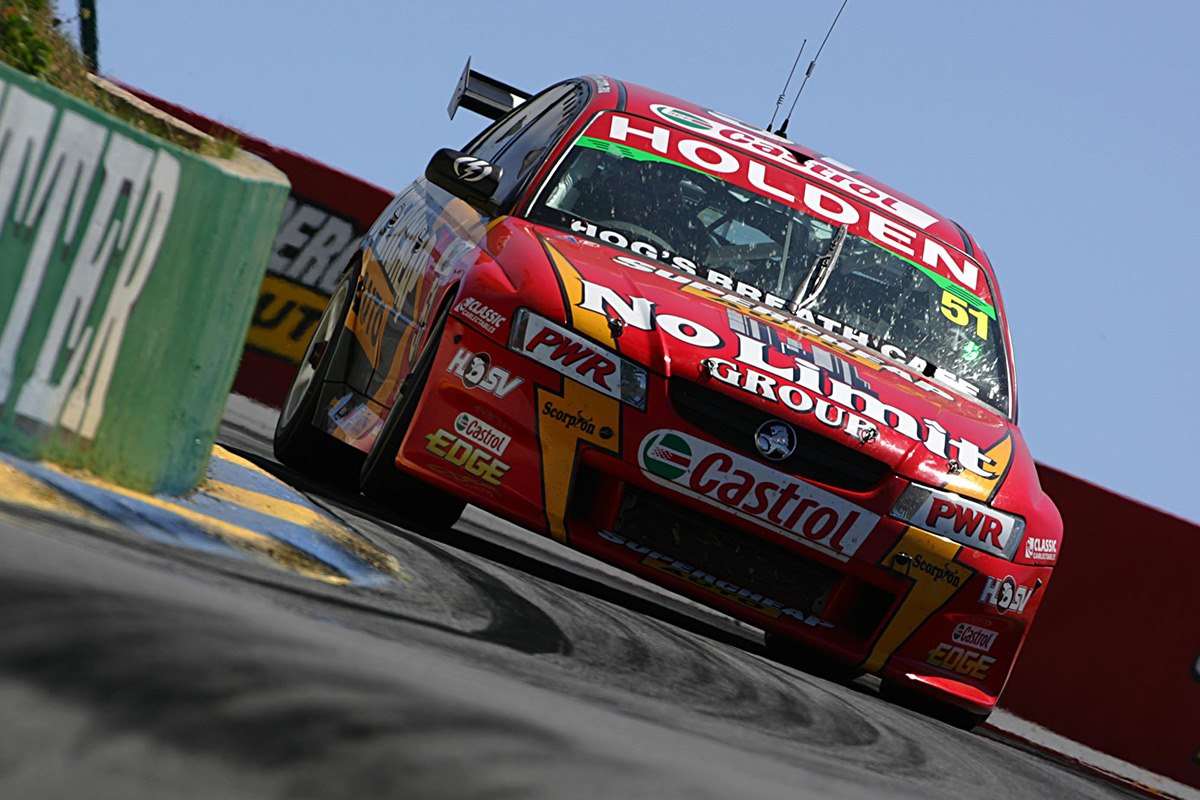 McConville had just one Bathurst attempt alongside Murphy before the Kiwi departed the team, the former crashing out at the top of the Mountain.

Winterbottom went on to have a 13-year stint with FPR that included a Bathurst win in 2013 and a championship two years later.

While McConville dismisses the suggestion he would have had similar success at FPR as “disrespectful” to Winterbottom, it eventually paved the way for a move to Brad Jones Racing.

“I used my decision to walk away from a factory Ford drive as leverage,” he said.

“I went to Holden and said 'you've delivered me a shit sandwich here,' and they said they were working on something.

“[Eventually] they said 'you'll hear from the Joneses' – but they were a Ford team at the time.

“Brad came and had a chat to me, I think it was at the Darwin round, saying they were looking at doing a customer relationship with HRT, and would I be interested if they could put it all together?”

McConville spent his final two full-time Supercars seasons at BJR, before stepping back to enduro duties with the Holden Racing Team.

He eventually added a sixth and final Bathurst podium to his tally in 2016 with Lucas Dumbrell Motorsport, in his last Great Race start.