Why Frosty’s victory drought could end this year 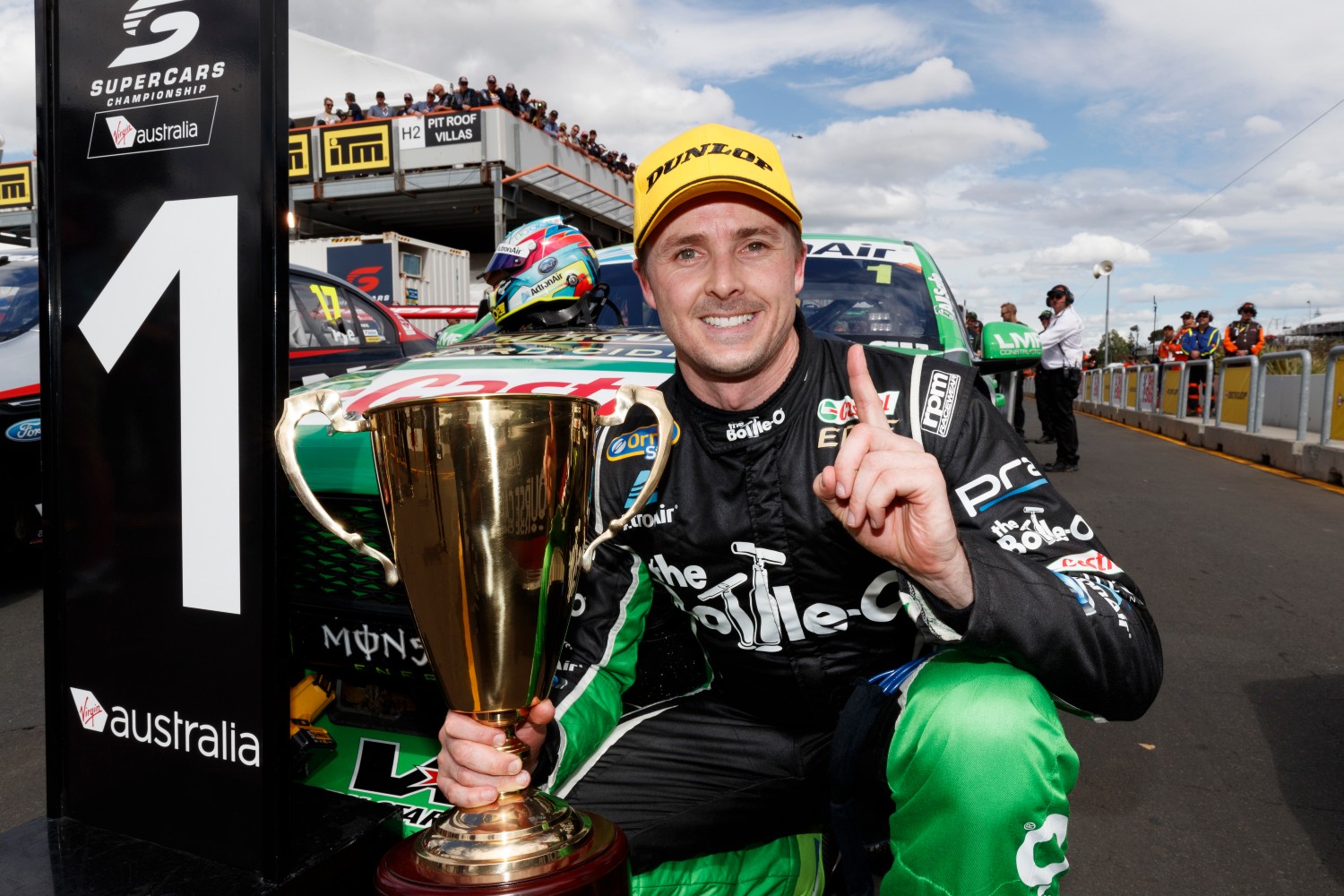 The 2021 Repco Supercars Championship will mark nearly five years since one of the most successful drivers of all time last claimed victory.

Mark Winterbottom is the third winningest driver on the 2021 grid, and is ninth on the all-time winners' list. However, he currently sits on the fourth-longest active winless streak.

Since his 2016 win in New Zealand, he claimed a handful of podiums for Tickford and also left behind over a decade with Ford to link up with Team 18.

Coming into 2021, having a year of experience as a two-car operation under its belt, Team 18 will be armed with engineering guru Richard Hollway.

Wins for Winterbottom and team-mate Scott Pye now seem like they will be just a matter of time; so much so, that Supercars.com has predicted that 2021 will be the year Team 18 finally hits the top step of the podium.

In lining up with two gun drivers in Winterbottom and Pye, and with the latter scoring three podiums last year, Team 18 has every right to feel more confident heading into 2021.

Pye helped the team reach its goal of securing a podium, with Winterbottom telling Supercars.com early last year that it was rostrum or bust in 2020. 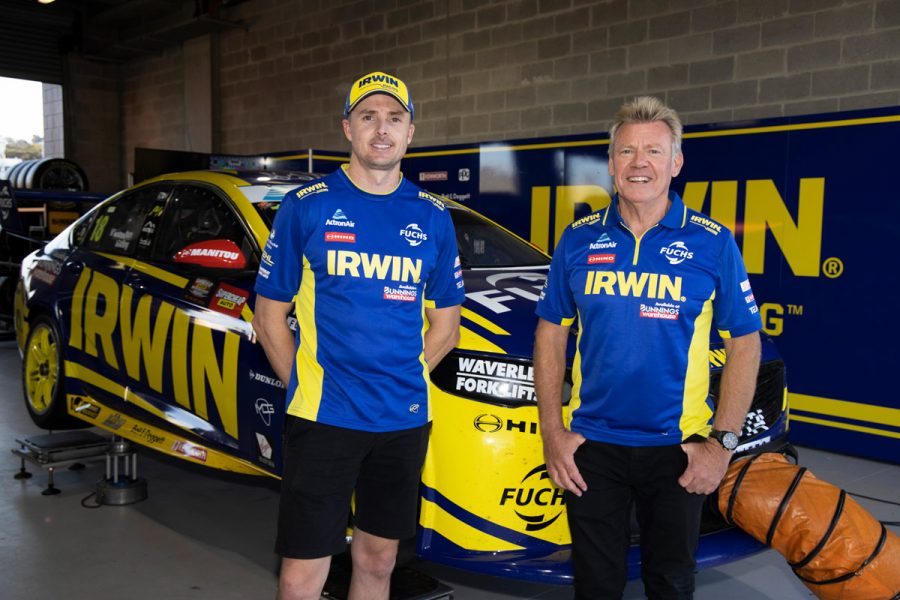 The team celebrated a major milestone with Pye's podium in Darwin, which marked Team 18's maiden rostrum visit five years on from its debut as a single-car team.

Few teams made as many significant gains in 2020, with Winterbottom also fighting for several podiums. Such was his consistency, that he managed to finish 10th overall despite finishing a race no higher than fourth.

Critically, there's one key issue that the team needs to overcome before either driver can challenge for consistent race wins: it needs to fix its qualifying pace.

In 2020, Winterbottom's average starting position was 10.9, with Pye's 13.3. Pye did, however, have the best overall gain from qualifying to race result.

If Team 18 can translate competitiveness on Saturday as well as Sunday, then the new season could be an interesting one for Charlie Schwerkolt's team. 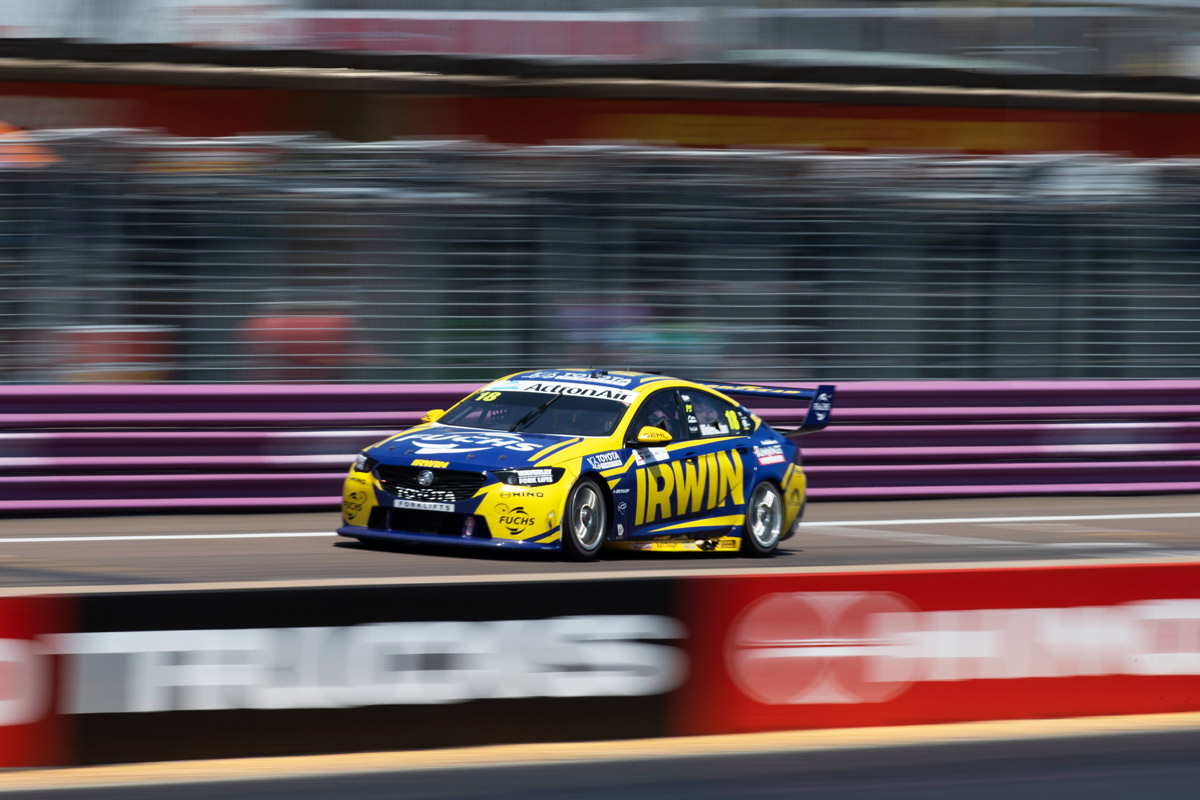 Despite Winterbottom falling short of victory across his two Team 18 campaigns in 2019 and 2020, team owner Schwerkolt made no secret that the former series champion was a long-term part of the team's future.

"Since we lured him away from the factory Ford squad at the end of 2018 he has become an integral part of building the team and brand of Team 18," Schwerkolt said upon Winterbottom's signing.

"With Gen3 coming on in 2022, his input will be invaluable and having continuity within the team and our drivers will be critical in the changing phase of the sport.

"It's a long journey to become a genuine contender in this championship, you need the best people around you and having Frosty with the same vision as me is so important."

When applying that to Winterbottom's 2015 title breakthrough, Schwerkolt's comments regarding patience and "vision" ring true.

Winterbottom's maiden championship came in his 10th season with Tickford Racing, which he joined under its Ford Performance Racing guise before winning the series under the Prodrive moniker.

His most recent victories, at Barbagallo and Pukekohe in 2016, came in a title defence which fell by the wayside amid a dominant season by Triple Eight.

In fact, Winterbottom's two wins were the only victories by a Ford driver that season.

Career win No. 37, in Perth, saw Winterbottom hold on to a brilliant Sunday victory despite racing to the end on one fewer pit stop than his rivals. It came after he binned a set of tyres to a severe brake lockup on Saturday. 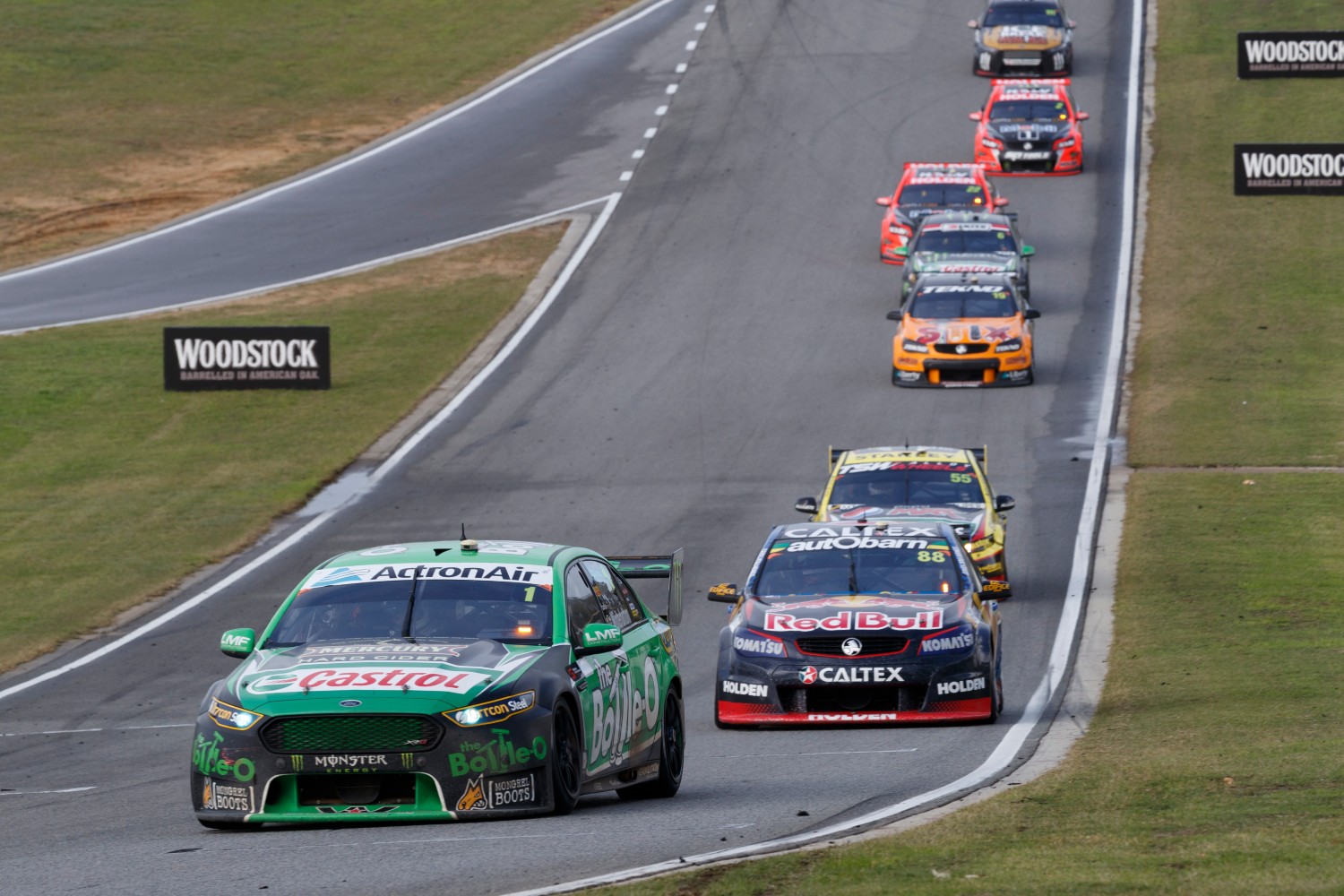 His other win of the season, and his most recent to date, came in a Pukekohe thriller which saw the then-Ford hero lead every lap.

As he built a comfortable lead, the battle for second was heating up between Triple Eight team-mates van Gisbergen and Jamie Whincup.

The latter dove to the inside at Turn 8, and Whincup and van Gisbergen both rotated, opening the door for Winterbottom to drive into the distance unchallenged.

A 10-second victory margin proved Winterbottom, while he would fail to defend his title, still had a lot to offer.

In re-signing with Team 18 last year, that remained the case for the former Bathurst winner, something he reiterated to Supercars.com a year earlier.

"There was never a doubt that I was going to stay [with Team 18]," said Winterbottom, who will turn 40 in May.

"You can sense that we are on the edge of creating something very special.

"Charlie and I definitely share the same vision for the direction of where we need to go.

"It's great that I'm secure in the team as we head into the new Gen3 regulations too. 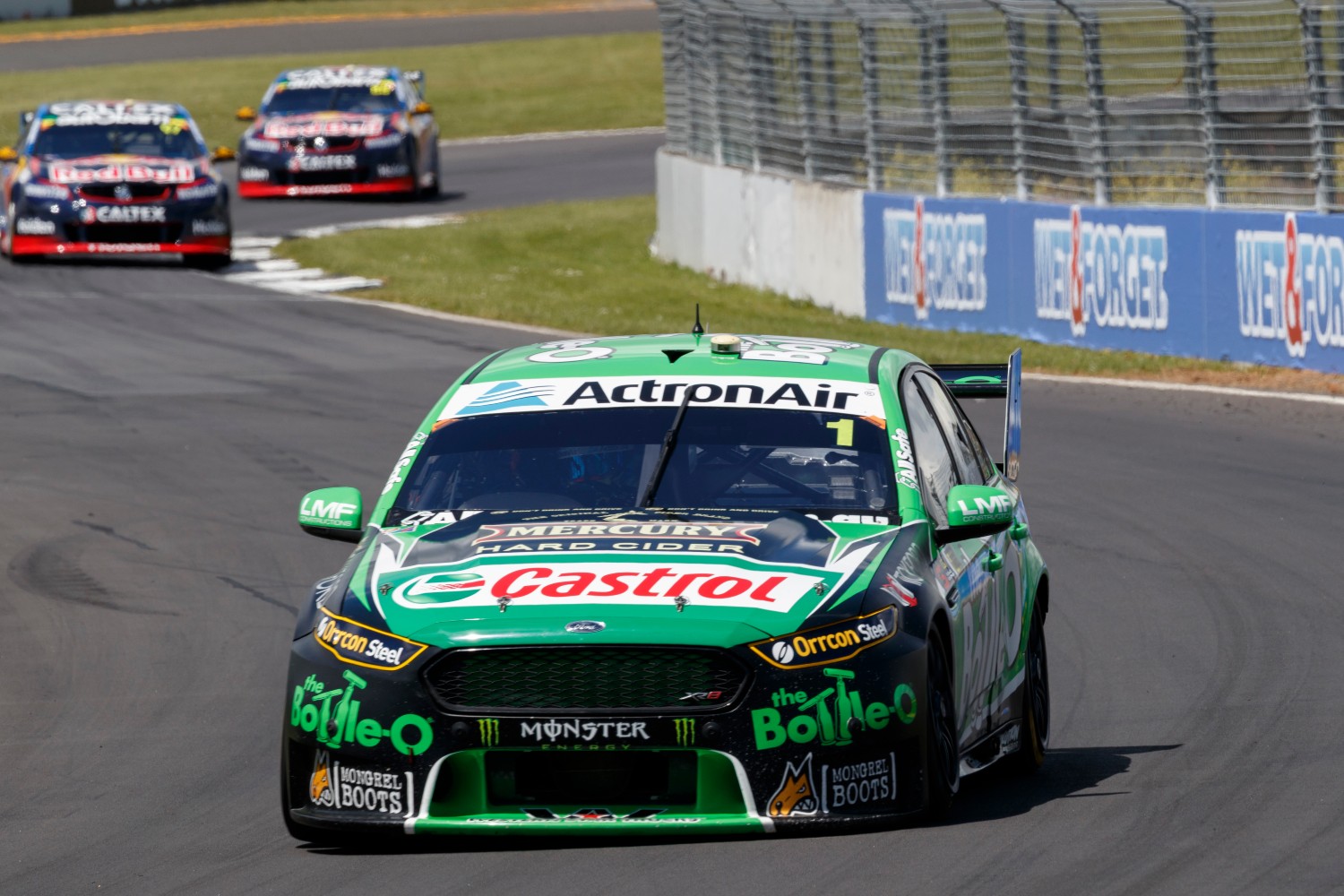 "That will become a huge focus for us and I'm keen to ensure that Team 18 launches into that era at the front of the field.

"Any time Supercars bring in new regulations, we see a big mix up in results.

"That is a great challenge, so I can't wait to see what the cars are like and take advantage of it."

Winterbottom's bid to return to the top step will commence at next month's Repco Mt Panorama 500. Tickets are available now.