Why Dumbrell won’t dwell on Bathurst near misses 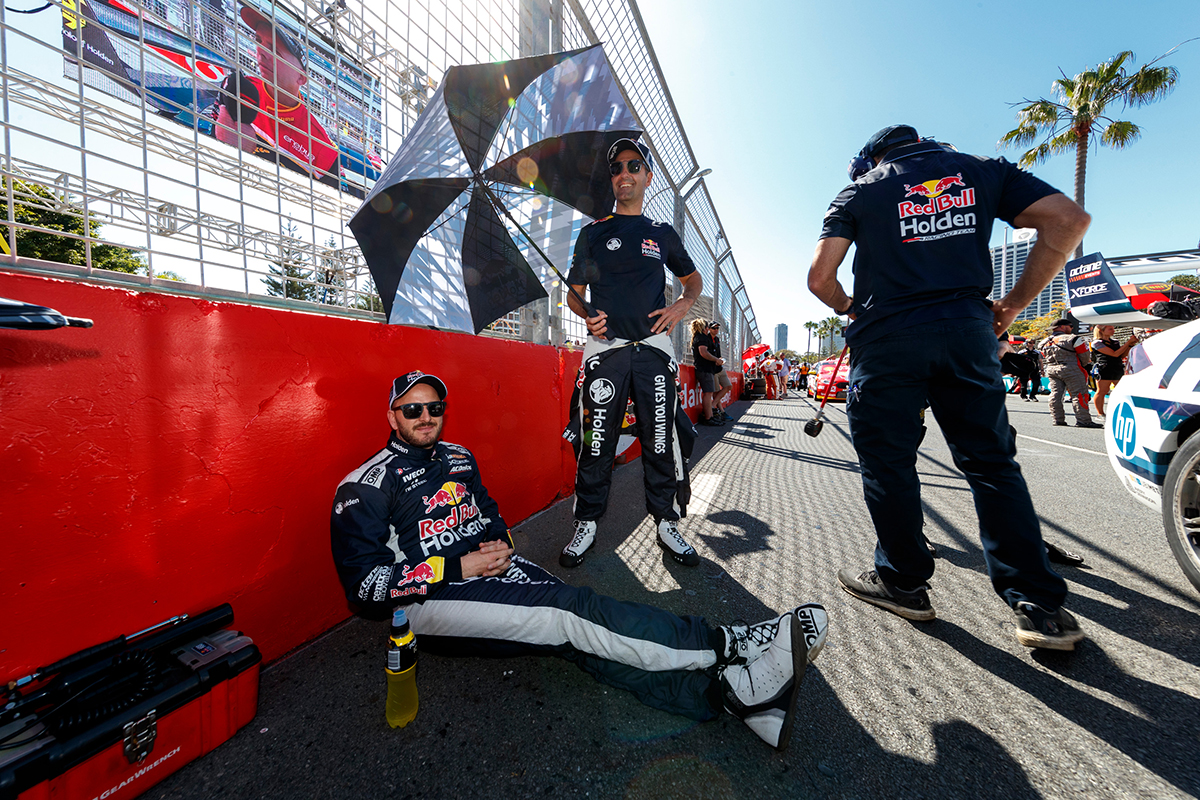 A Bathurst victory shades helping Jamie Whincup secure four of his Supercars titles for Paul Dumbrell, as he steps back from driving.

Dumbrell will not continue as Whincup's PIRTEK Enduro Cup partner or contest the full Dunlop Super2 Series in 2019.

He joined forces with good friend Whincup in 2012 after spending nine years in the main game full-time.

The pair won Bathurst at their very first attempt, but subsequent efforts resemble a series of missed opportunities.

"Certainly from my personal perspective it is [the highlight]," Dumbrell told Supercars.com of the Bathurst win, below.

"When I look back at why I got into motorsport, Bathurst was always the race you wanted to win. 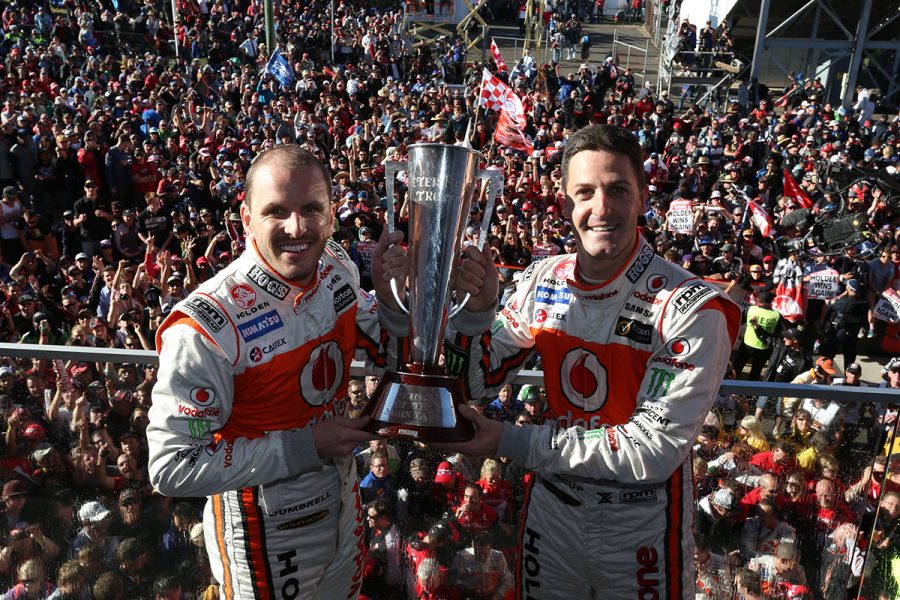 "I think a very close second is every one of the championships Jamie won along the way.

"As I learnt, certainly in 2016 where I took my seatbelt off [too early in a pitstop] at Sandown, that can be devastating for a championship as well.

"The co-drivers coming in for those couple of races, the spotlight's on.

"It's definitely had the ups and downs, but racing aside, we had a lot of fun, which is what you reflect back on in all of the years.

"The seriousness of it all when you're in the heat of the battle is what it needs to be, it's a professional sport... but we had some good fun as well, which no one can take away from us."

Whincup and Dumbrell finished a narrow second at Bathurst in 2013, but ran out of fuel on the final lap while leading one year later.

Penalties in the closing stages dashed their 2015 and '16 hopes, while the Red Bull Commodore shed a wheel while running second on lap 40 last October.

Dumbrell says he looks at that Great Race record as 'one Bathurst won' rather than dwelling on the near misses.

"I remember when we won, I think there might've been 50 people who'd won the Bathurst 1000," Dumbrell said.

"You put that in perspective and you look at all of the great names who thoroughly deserve a Bathurst, well ahead of myself and probably a lot of other people – Glenn Seton pops to mind.

"And not to put down anyone who's won the race, but there's some greats of our sport who weren't able to conquer the Mountain. I'm extremely fortunate that we were able to. 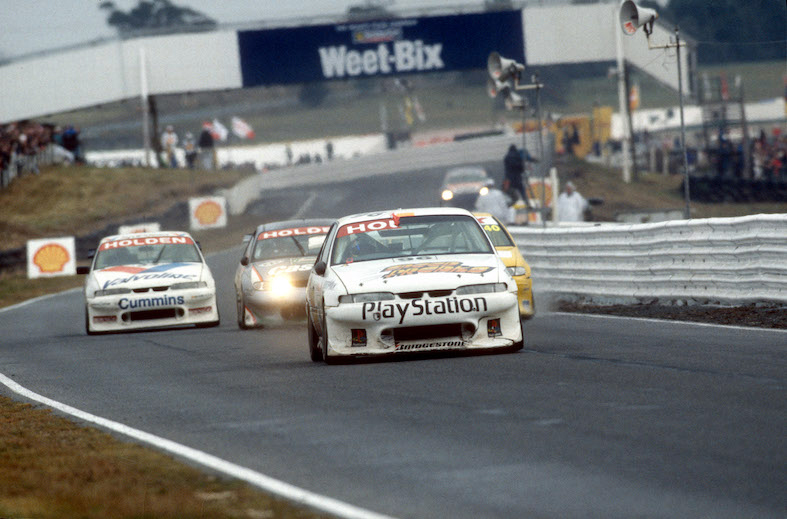 "Jamie and I have been on record over the last six years, asked 'did you regret the prior year?', with a variety of things that have happened.

"Every time, Jamie and I have said the same thing; that we gave it our all, put everything on the table and by doing that, we've had enough speed to be in contention in probably all bar one of the seven Bathurst 1000s we did together.

"I'm proud of that, we didn't convert what we wanted along the way but at the end of the day it's one hell of a story."

Six of Dumbrell's seven Supercars victories came alongside Whincup, including that Bathurst triumph.

The other came in the eighth of his nine full-time campaigns, aboard a Ford Performance Racing-run Falcon at Sandown in November 2010, below. 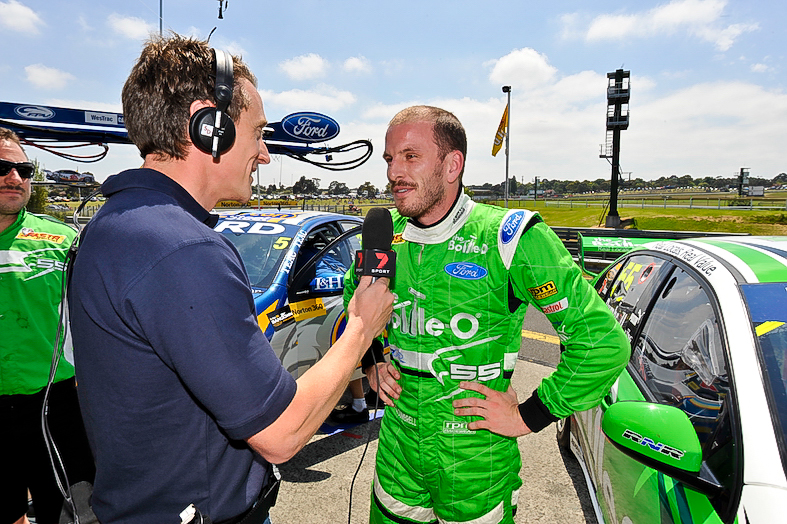 That was a purple patch for Dumbrell, who had only claimed his second Supercars podium – and first in four-and-a-half years – a week earlier at Symmons Plains.

At the same time, Dumbrell's off-track commitments were ramping up at the helm of the Automotive Brands Group founded by his father Garry Dumbrell.

He joined FPR in 2010 and finished a best of ninth in the championship, after stints with Perkins Engineering, PWR Racing and Walkinshaw Racing from '03.

"That's when I started to realise that I wasn't as competitive as what I needed to be against the main series drivers," he admitted of the FPR campaign.

"I was never going to be top five or race winning, week-in, week-out. Understanding the strengths and weaknesses of me as a driver and also the rules with how the co-driver rules were, it made sense.

"It probably made sense and what really kicked me off having that discussion with Roland [Dane] and Jamie at the back end of 2010 was to be able to drive with Jamie, who's one of my best mates.

"He is the most-successful Supercars driver there is, in the best team. You'd be pretty hard-pressed to say no to that.

"With business on the side as well, it's natural that I couldn't continue doing what I was.

"All in all, I wouldn't change any of the decisions that we've made.

"Obviously you reflect back on maybe you wouldn't have made them all again, but that's what makes the journey all about."

In addition to his time in Supercars, Dumbrell won the Super2 crown twice, in 2002 and '14 either side of his full-time career.

Five seasons in an ex-Triple Eight Commodore with Eggleston Motorsport from 2014 played a key role in staying sharp for the enduros.

Dumbrell entered the 2018 Enduro Cup knowing it would be his last before Craig Lowndes stepped back from full-time competition and filled the role alongside Whincup. 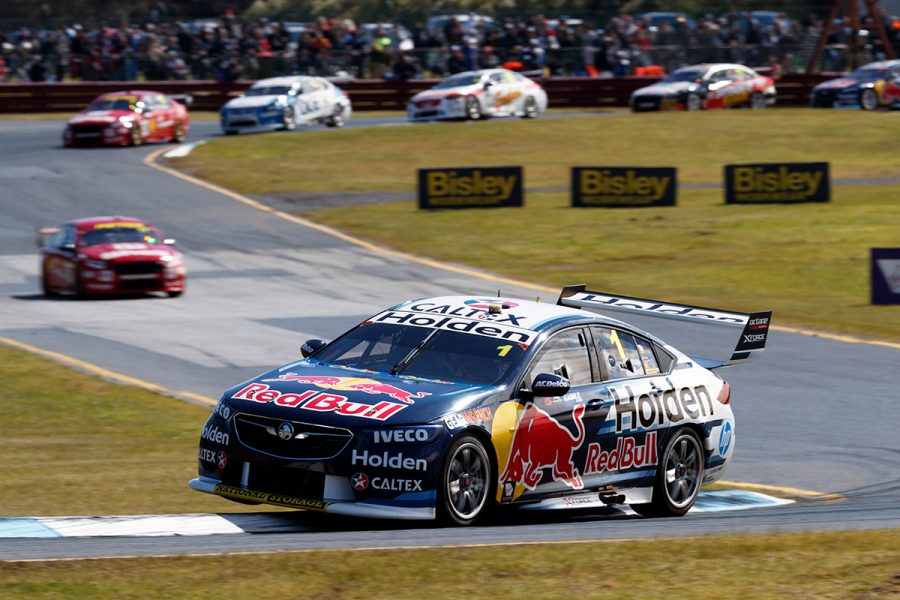 He dominated the early stages at Sandown as the #1 Holden led a Triple Eight sweep of the podium, Dumbrell's third '500 win.

They salvaged 10th at Bathurst, but a troubled Gold Coast included a pitlane penalty and crash for Dumbrell on Saturday and Sunday respectively.

"Our car was exceptional there," Dumbrell said of Sandown, where he built a big lead twice.

"Obviously when you're at the front you're not involved in the biff-and-barge that's quite common with the co-drivers.

"But you know what, I reflect back and we had good success in my last year. Gold Coast, in the first race, we got a penalty whilst we were leading.

"Sandown, Gold Coast we were competitive, Bathurst we were in the top two or three competitive cars before we had a few things go wrong. That's all you can ask for.

"I've had some good success, memories in the last year and I knew that was going to be my last year entering the series, so it probably took a bit of the pressure off and I could go and enjoy it."