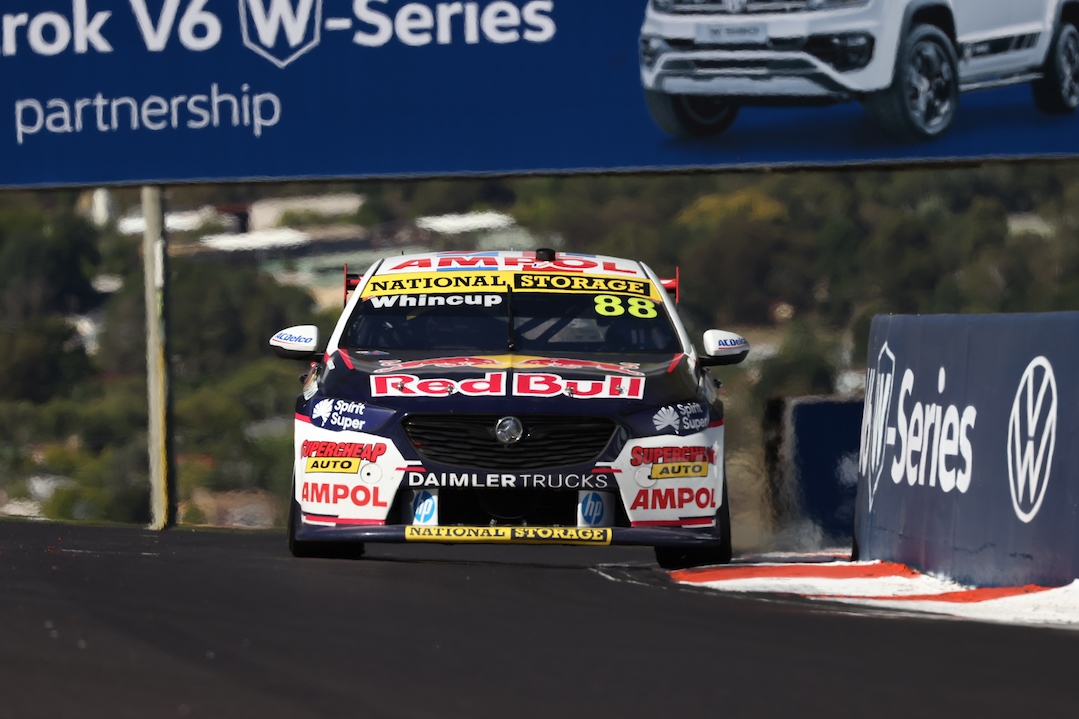 Jamie Whincup has admitted he looked "a bit ordinary" in the season opener, which was dominated by Red Bull Ampol Racing teammate Shane van Gisbergen.

Whincup managed finishes of seventh and sixth in the two races, with van Gisbergen completing a dominant clean sweep.

Heading to the next round at Sandown, Whincup is already 102 points down on his teammate in the championship.

After a subdued run to seventh on Saturday, Whincup qualified eighth for the Repco Mt Panorama 500 finale, with van Gisbergen clinching pole.

New race engineer Wes McDougall opted to pit Whincup early, but the driver reneged and waited until lap 8, which coincided with James Courtney's accident at the Cutting.

Having double-stacked behind van Gisbergen on Saturday, Whincup ran his own race, and rose to sixth late on after Will Davison made an error at the final corner.

After a lacklustre qualifying effort, Whincup was pleased with his result, but admitted there was a gap to the #97.

"Today's race was pretty straight forward, but it was pretty crazy at the start," he said.

"Wes said 'pit with option' at lap three, but I decided to stay out because the longer you can leave it, the better chance you have later in the race, so I was risking double stacking lap after lap, and then at lap eight, I thought it was time to come in," he explained.

"I felt like I was spinning ‘red’ at the casino, and I’d won four or five times, but you know it's not going to keep rolling your way. 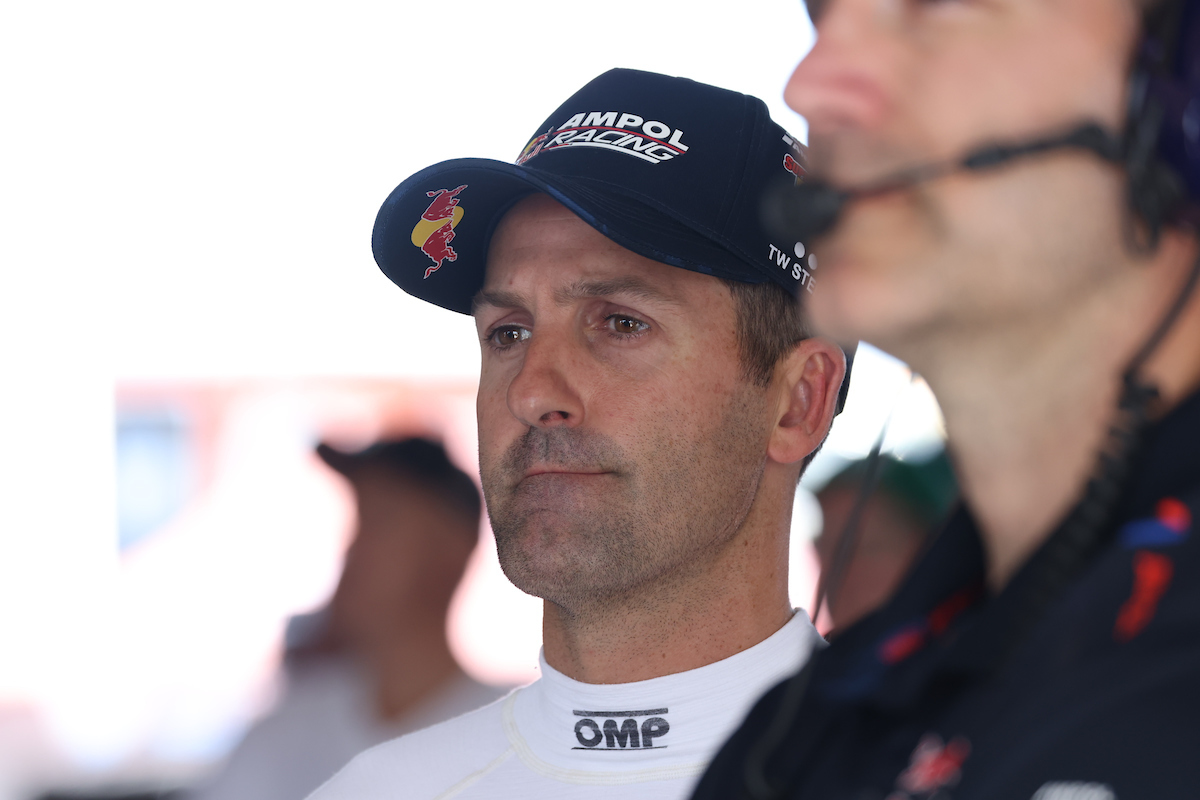 "As it turned out, there was massive confusion going over the radio, which was pretty hairy, but we didn't double stack which was good, and we ran our race.

"I think our pace was around the mark, and unfortunately [Davison] made a small mistake at the end which got us another spot, but after our qualifying today, I'll take that result."

Van Gisbergen's Bathurst double helped the Kiwi to a perfect 300-point weekend, with Whincup recorded 198 points for his seventh and sixth placings.

Whincup heads to the next round at Sandown as the form driver, having won at the Melbourne venue in the championship's last visit in 2019.

However, while happy with his first weekend with McDougall, the 122-time race winner suggested the momentum is well and truly with the other side of the garage. 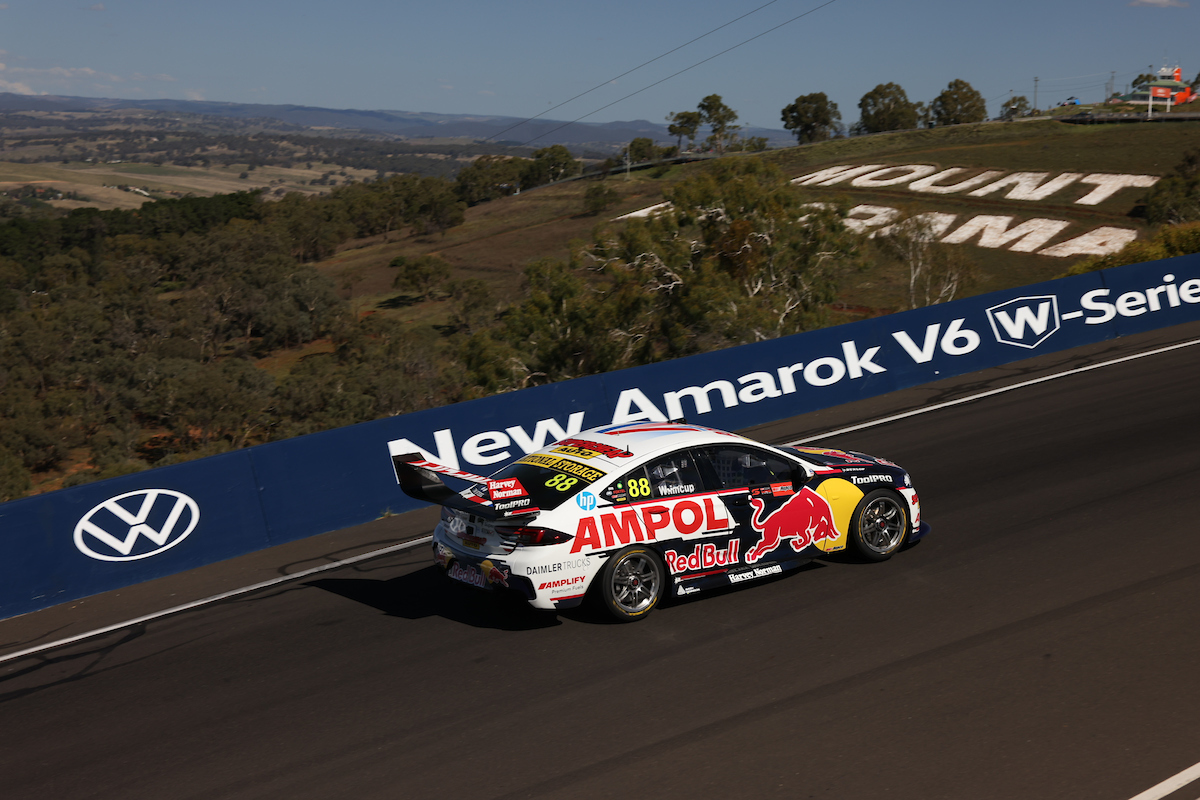 "It was a good first weekend with Wes," Whincup said.

"We have a lot to learn, and we looked a bit ordinary compared to #97, but sometimes that's the way it goes.

"We'll work harder and try to run with those guys for the rest of the year."