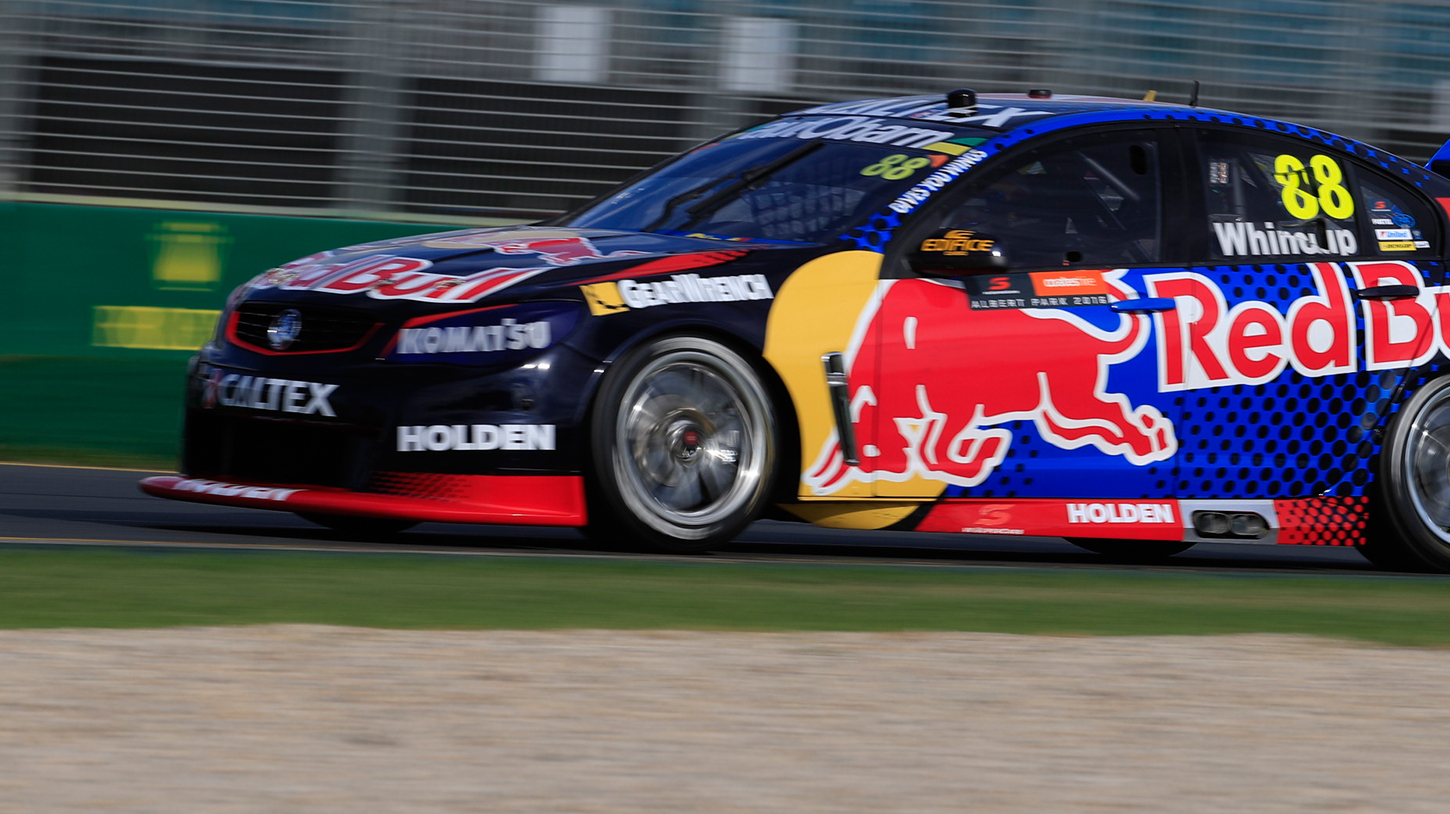 Jamie Whincup has found speed and earned his first ever pole position at Albert Park.

The six-time champ hasn’t won at the circuit since 2011 – before donning Red Bull colours on his Triple Eight Commodore – and today wrote his name in the record books in front of the F1 crowd.

Whincup set his flying 1min56.5634 early in the session on his third lap, and held on by just 0.02sec over the current champ Mark Winterbottom, who swept the event last year.

This week both drivers – who are long-time rivals – told v8supercars.com they didn’t expect the Ford Falcon FG X to dominate as it did last year.

Now they’ll start race one side by side tomorrow during the rolling start into turn one, with Whincup able to control the pack.

Whincup nudged the wall late in the session, but didn’t better his earlier time that was just enough for the coveted P1 spot.

There were some run offs for Jason Bright, though the BOC driver ultimately managed sixth ahead of Craig Lowndes.

After a crash during practice two, Will Davison lost 10 minutes at the start of the session while his TEKNO crew continued working on the rear of his STIX Commodore. He finished the run 16th.

This session determines the grid for race one tomorrow, with two and three based on finishing positions from the previous race.

The final run on Sunday is based on accumulative points earned across the weekend.

The points go towards the event win, not the championship standings.