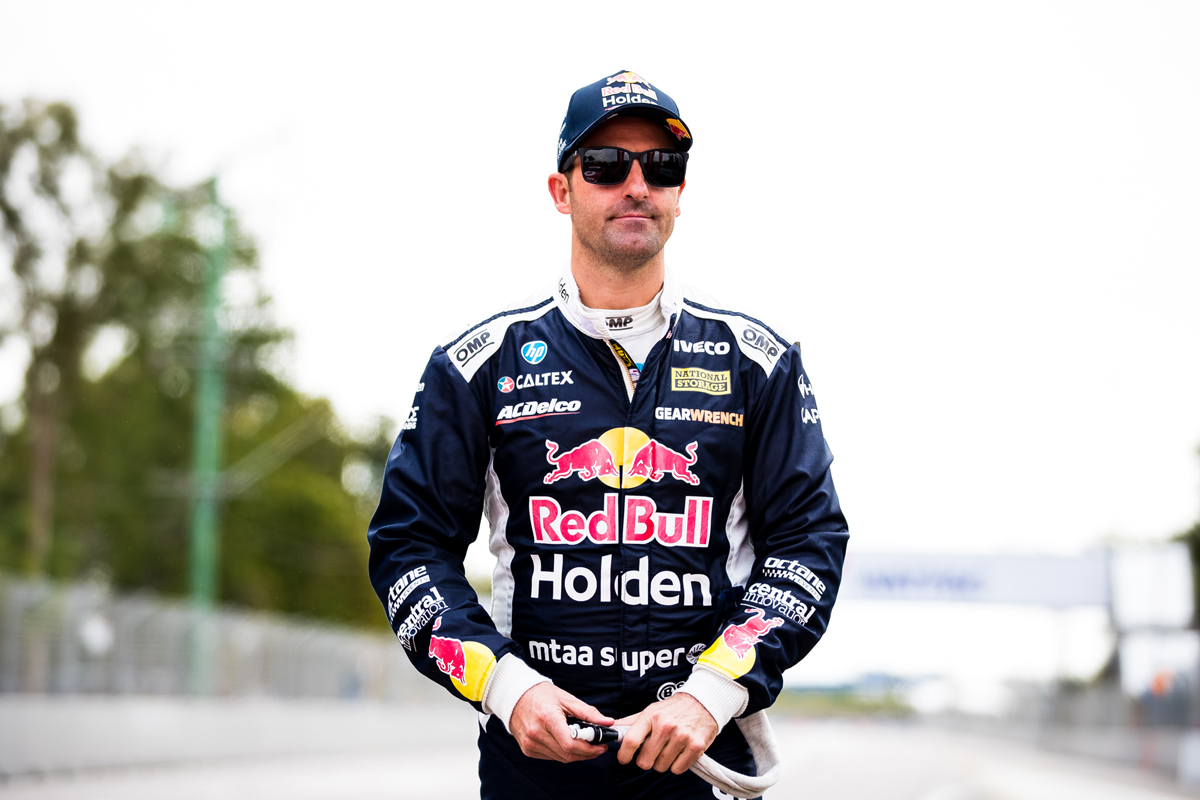 Before being voted onto the Supercars Commission, Jamie Whincup sent a letter to team owners declaring he’s ‘not going to play a puppet’ for Triple Eight supremo Roland Dane.

At the teams’ Annual General Meeting on the Gold Coast on Thursday night, Whincup was voted onto the rule-making body for the next two years as one of four team representatives.

He joins Tim Edwards (Tickford Racing), who was returned to his position, while Brad Jones (Brad Jones Racing) and alternate member Ryan Story (DJR Team Penske) are in the middle of two-year stints.

Joining the Commission marks another step in seven-time champion Whincup’s progression in the sport after taking a 15 percent stake in Triple Eight last October, making him the team's second largest shareholder.

While Whincup is the first Triple Eight team member to take a seat on the Commission since the split Commission/Board structure was set up in 2011, he says it’s not about pushing the team’s position.

“My motivation is not to help out Triple Eight, I want to make sure this sport grows and is still around and one of the best sports in the country for 20 years to come,” said Whincup.

“I wrote a very detailed letter to all the team owners and one of my points, right in the middle of the letter, was I’m not Roland, I’m my own person, I’m not going to play a puppet for RD.

“While I have massive respect and value RD’s opinion, I’ve got my own view. The opinion that I bring to the table to make a decision will be my own.”

Whincup says he’d been thinking about a Commission opportunity for the last six months and “finally convinced” Dane to nominate him in recent weeks. 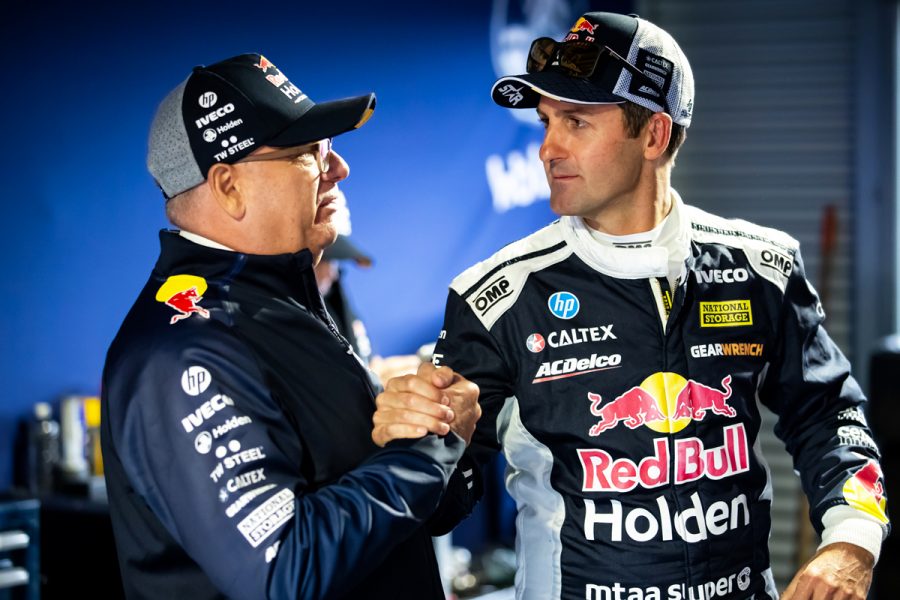 Declaring an intention to start by reading the last three years worth of Commission notes to better understand the business, Whincup is eager to get involved.

“My plan is to attempt to make a difference,” he said.

“Now I don't want to disrespect the people that are there, they are highly qualified people doing a fantastic job.

“The last thing I want to do is blend in and cruise along for the next two years and not actually achieve anything.

“I want to get in and try to make a difference or get told to piss off. That's much better than just blending in and sort of doing nothing.

“I don't want to get into the negatives, all I'll say is that I feel like the category is in one of its most challenging years from the last four or five years.

“Things like GRM [Garry Rogers Motorsport] pulling out, going back to two manufacturers, I've never spoken this much about parity in all my life like this year.

“So it would be great to be a part of the bigger team to change the trajectory a little bit and make sure that we've got one of the best sporting codes in the country.” 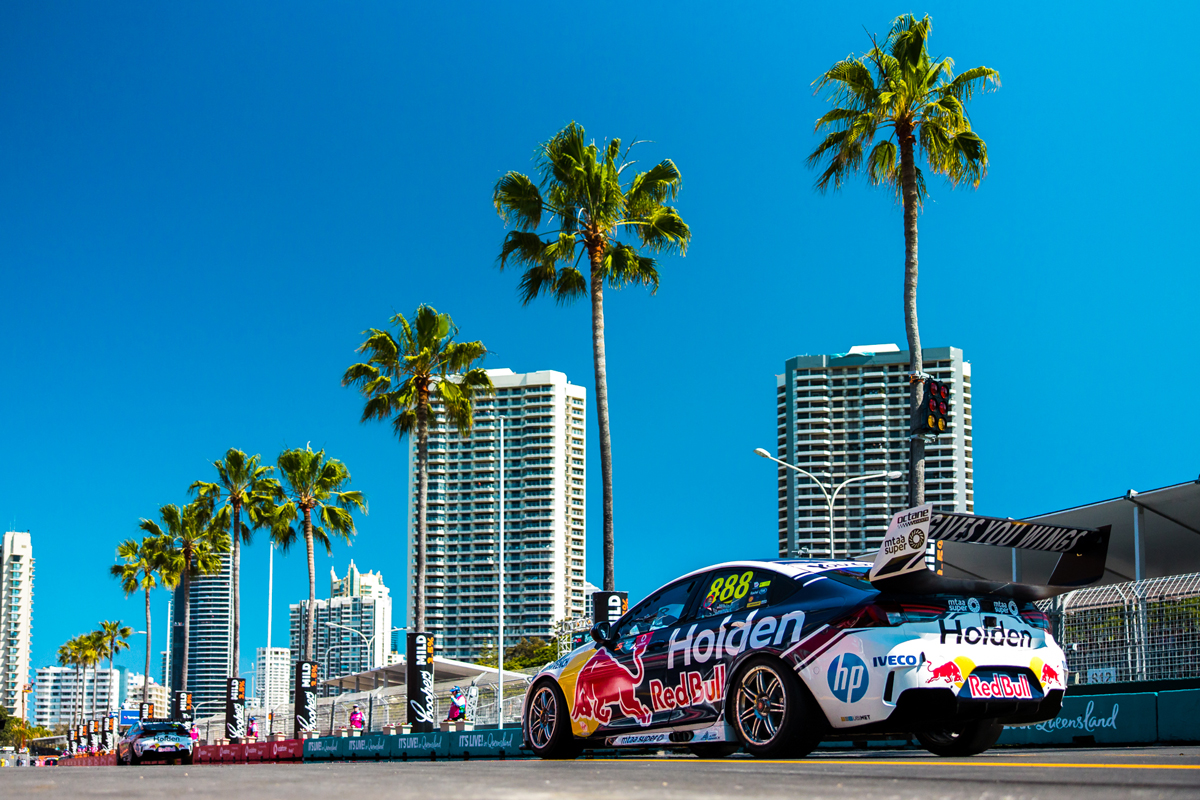 Whincup has filled the Commission seat recently vacated by Todd Kelly, who had been the only current driver on the panel before retiring at the end of 2017.

“While the Commission makes a lot of decisions on pure numbers and engineering data, which is what they should do, I think it's really valuable to have someone who's actually experienced the machinery,” said Whincup.

“I think it's good to have that perspective from a driver, not necessarily to fix the problem, because we're not the most intelligent people getting around, but to at least ask the right questions to the engineers to make sure we've got the full picture so as a group we make the right decisions.”

Whincup, who also runs a car wash/café on the Gold Coast, stressed his number one priority remains his full-time driving career, which he is currently committed to until the end of next season.