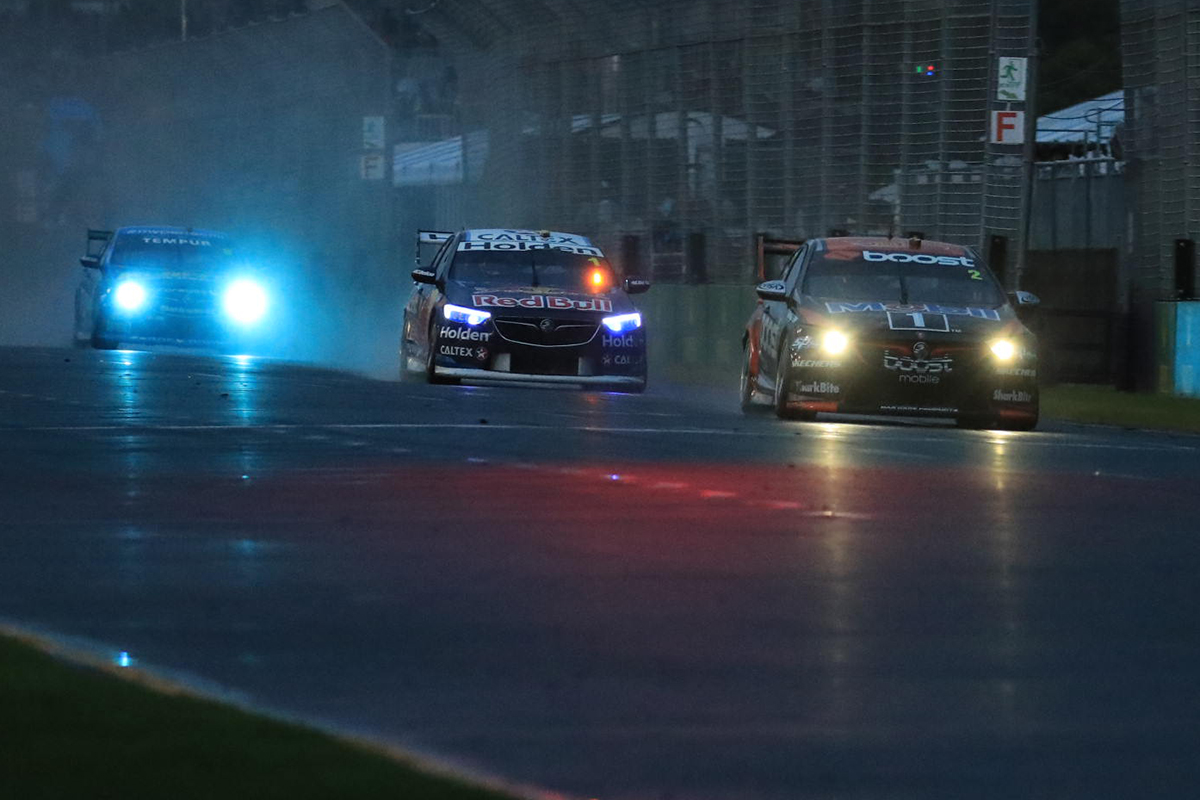 Whincup won the shorter race on Saturday afternoon, the first of his title defence which came despite an off at Turn 1, and then finished second to Pye in the twilight 25-lapper, which featured a late rain shower.

Pye effectively led from the start of the second lap, when Scott McLaughlin overshot at Turn 1, and - like Whincup - was in the group that stayed out on slicks as rain fell.

With three laps to go, though, Pye lost his three-second lead when he went too hot into Turn 13.

He did just enough to keep Whincup at bay and went on to claim his maiden Supercars victory by 0.2612 seconds.

“Well done to Scotty, him and his crew did a good job,” Whincup told Supercars.com.

“He ran wide at the end of the back straight and, to be honest, I was actually hoping he got away with it, because I would’ve felt a bit guilty, me grabbing that when I got away with it this morning.

“It was one-all. But if there was another opportunity, I would’ve taken it.

“All in all, happy with the points and the result and we’ll see what we can do tomorrow.”

With Albert Park’s long pitlane a factor, the highest-placed finisher of the drivers that pitted for wets after rain started falling with nine laps remaining was Chaz Mostert in 10th. 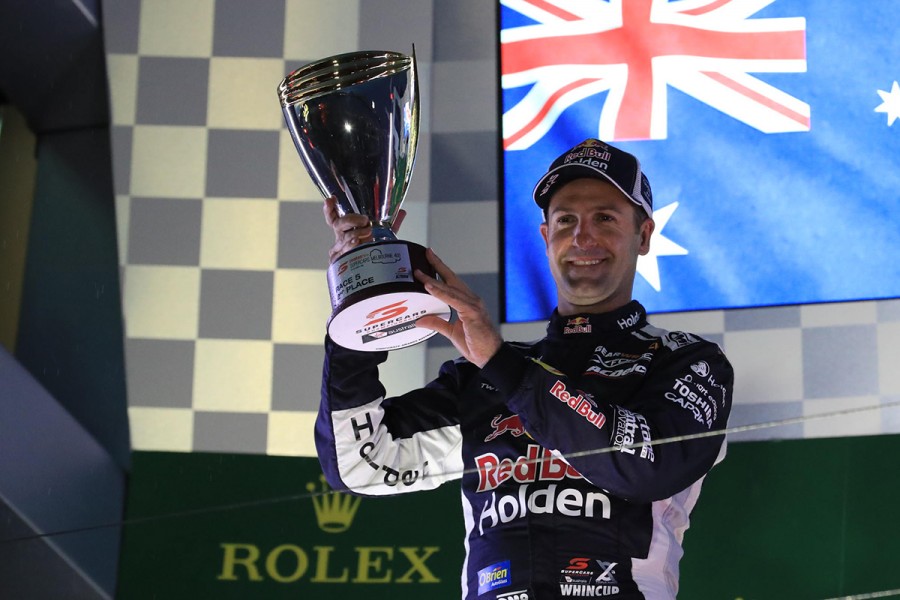 Before he stopped, Mostert was third and roughly three seconds behind Whincup, who like Pye and fellow podium finisher Nick Percat elected to stay out on slicks in the rain.

“The car was good in both conditions, we worked as a group and elected to stay out and today it was the right call,” Whincup added.

With second, first and second from the first three races of the Coates Hire Supercars Melbourne 400, Whincup has already moved up to seventh from 18th in the championship.

He’ll start Sunday’s 13-lap finale from pole position, and in the box seat to win the maiden Larry Perkins Trophy in the first points-paying weekend at the Australian Grand Prix.

“We’re just trying to win races at this time of the year and we came close then.”