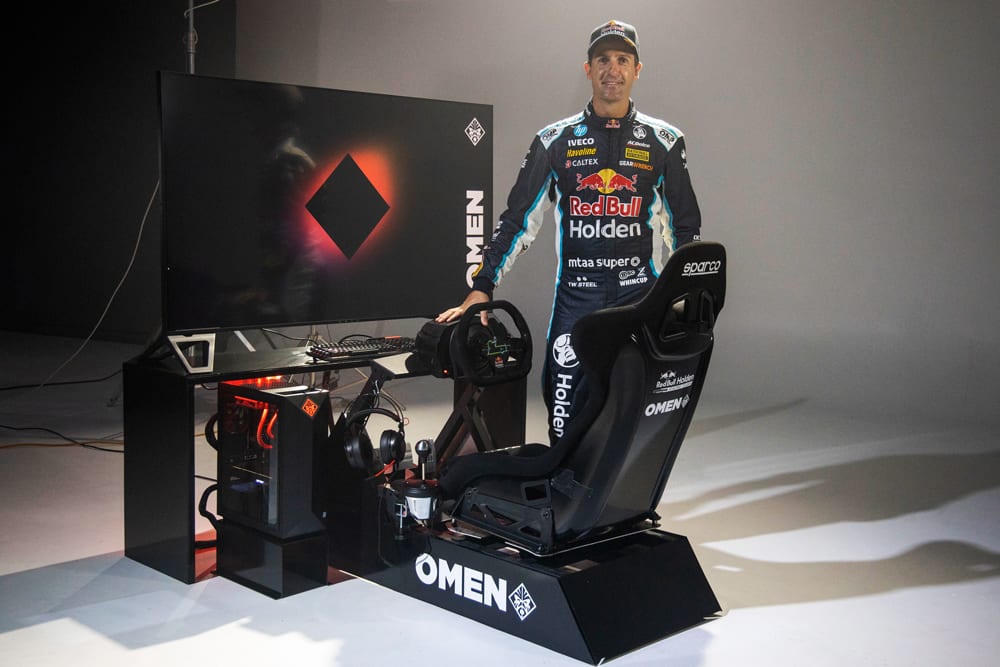 Rarely in the past 15 years has Jamie Whincup appeared out of his comfort zone in the Supercars world… until now.

Whincup is statistically the greatest driver in the championship’s 60-year history, with seven championships and 119 race wins both marking unrivalled tallies.

WATCH: WHINCUP HOPING TO BE COMPETITIVE IN ESERIES

But with meetings at the physical race track on hold as the world manages the COVID-19 pandemic, star drivers are switching their attention to the online racing sphere for the BP Supercars All Stars Eseries.

“I haven’t done much driving in a simulator before, it’s all been inside the race car on the track,” said the Red Bull Holden Racing Team ace upon receiving his new simulator.

He’s hoping his ever-present competitive edge that inspired him to sign a new one-year contract extension with Red Bull can make up for his simulator inexperience.

“I’m fairly competitive... so I’m hoping after three or four rounds I’ve got a little bit of pace on and can run with the young blokes,” he said.

“From what I’ve been told, the software is unbelievable and also the hardware is as realistic as it comes, so I think once you get a feel for the simulator, I think it should be really, really accurate,” said the Gold Coaster.

“If I do enough hours and do enough testing, I can’t see any reason why I shouldn’t be somewhat competitive and get up there.

“At the end of the day, if it provides great racing, then that’s what it’s all about.” 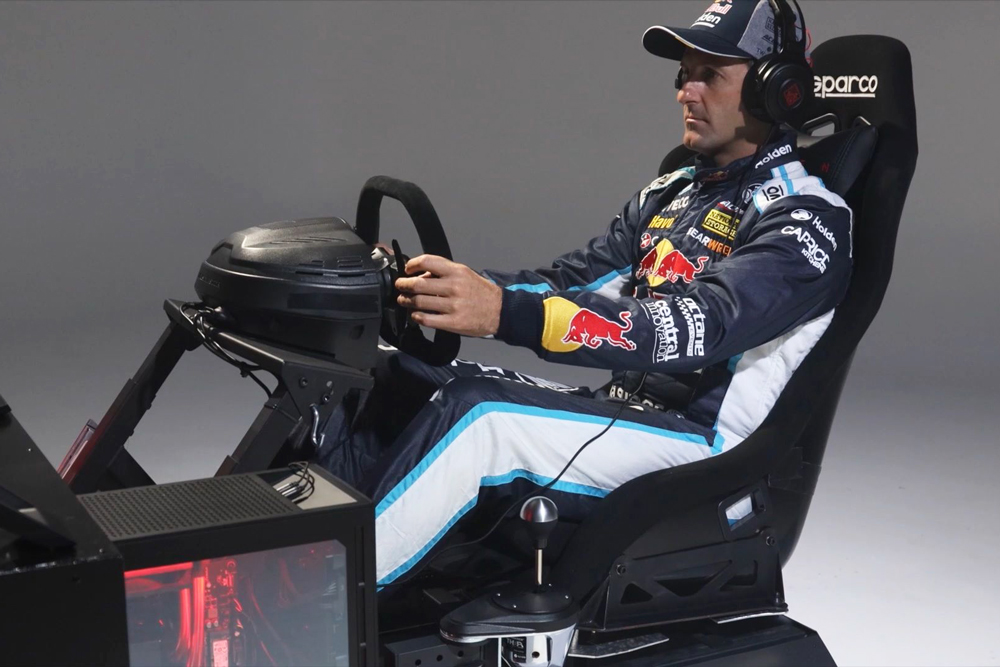 Whincup hailed the Eseries as a “fantastic initiative” with the real-life championship not returning until at least June – and he is expecting Red Bull teammate Shane van Gisbergen to be among the virtual frontrunners.

“Of course we can’t jump in our Supercars and get out on the track so what an awesome alternative to get the whole Supercars grid still racing, still competing team-to-team, but in the comfort of their lounge rooms,” Whincup said.

“So fantastic initiative, I’m so grateful that we have got the opportunity to be able to still go racing in a time like this.”

Whincup’s Triple Eight team, in which he is a part-owner, last week launched a ventilator prototype to help in the fight against COVID-19.