Winterbottom spun at Turn 5 on lap 45 of 78 after an attempted inside pass from Whincup resulted in contact.

The Ford driver dropped from a net fifth to an eventual 15th, while Whincup secured sixth despite bending his steering in the incident.

Speaking to Supercars.com ahead of a verdict from the stewards, Whincup insisted that he did nothing wrong.

“I don’t know how I could have done anything different,” Whincup told Supercars.com.

“There was a pass on, I went down the inside and held it in tight and was fully under control.

“I’m surprised he tried to stick around the outside.

“He knew I was there, he decided to stay there, we tangled and he got turned around.

“It’s unfortunate because you don’t want to see cars get turned around but the only thing I could have done is not made the pass and that’s not racing.” 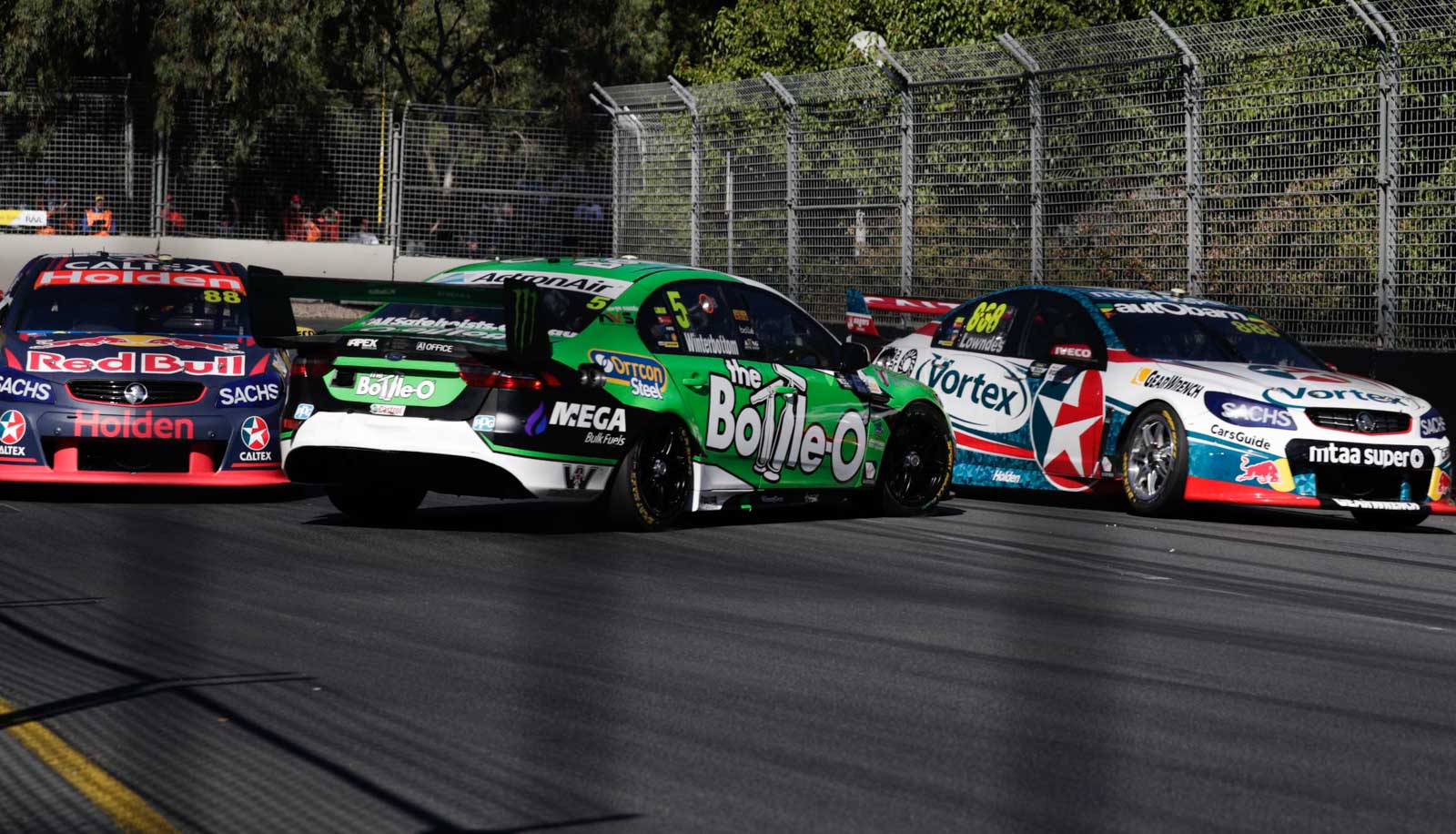 Winterbottom, who had re-joined from his final pitstop earlier in the lap, felt he had left enough room for his rival to run side-by-side.

“It was unfortunate that we came out in a pack of cars,” reflected Winterbottom.

“I thought I left Whincup enough room to be on the inside of me and go two-wide to the next one, but I got turned around and that was game over for us.

“We should have finished fourth and got a solid result. It wasn’t our day.”

Prodrive team principal Tim Edwards believes that the ruling will draw a line in the sand for drivers on what will be accepted by the judiciary this season.

“They’ve done a lot of work on the system and now this is definitely a great test case for them to work through,” Edwards told Supercars.com.

“It was certainly disappointing for us. The first race of the season you don’t need to be dive-bombing like that, but it’s definitely line-ball.”

Although adamant that he should not be penalised, Whincup says that consistency of penalties is the most important factor.

“I hate the mentality that if a car gets turned around there has to be a penalty,” he said.

“There doesn’t have to be a penalty. Sometimes that’s racing.

“We’ll see what happens. Whatever call they make, all I ask for is that it’s consistent.”

Whincup warms up for Shootout