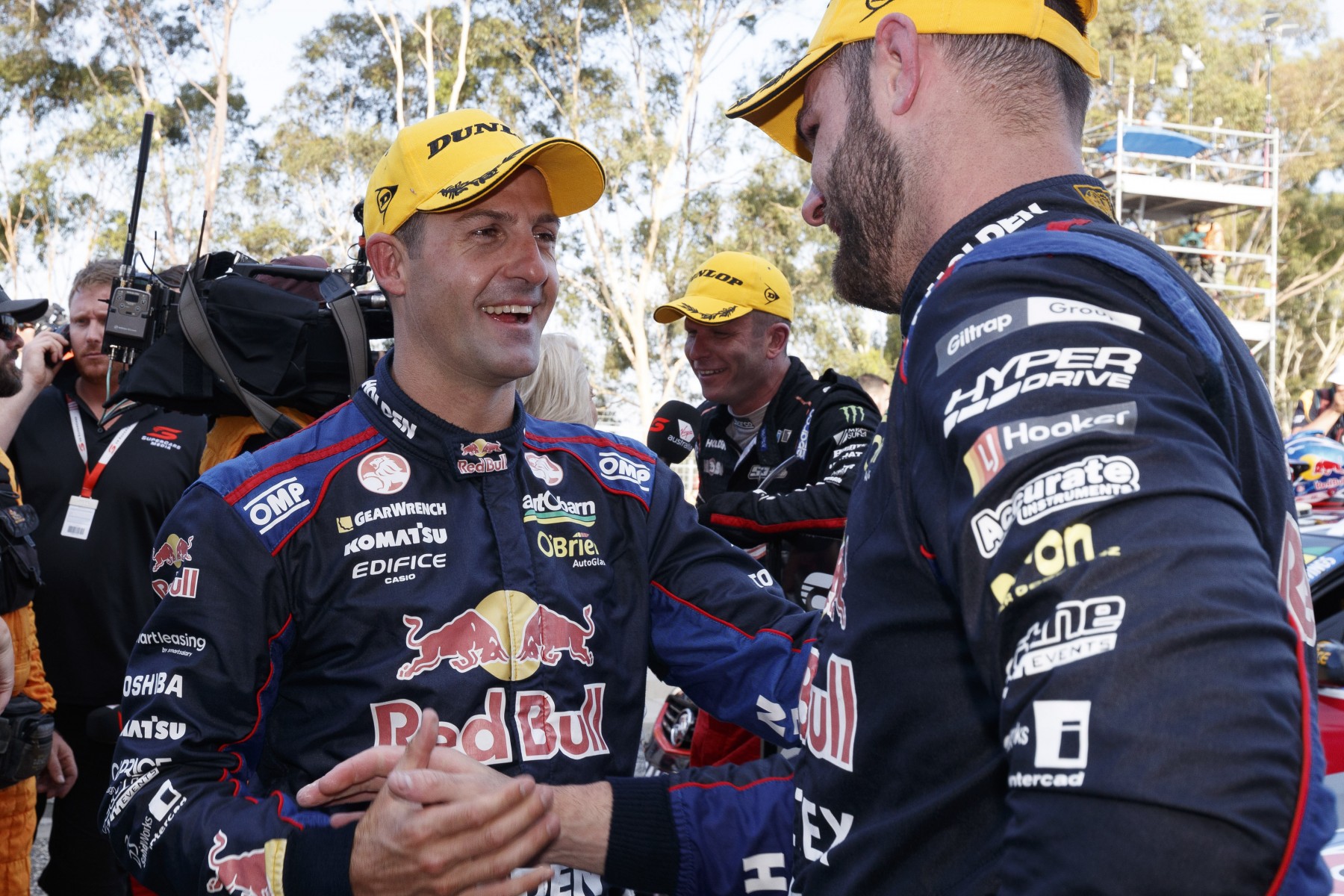 Newly-crowned Virgin Australia Supercars Champion Shane van Gisbergen expects team-mate Jamie Whincup to give him an even tougher battle for the 2017 title.

And he is eagerly looking forward to the fight with the six-time champ.

It is the first time since Whincup won his first championship in 2008 that he has gone two years without being the title holder.

“He doesn’t like losing, that’s one of his strengths,” van Gisbergen said. “He is a very motivated guy and he will be stronger than ever next year.

“I am really looking forward to the battle, it has been awesome this year.

“We have got along really well on and off the track and it has been really good this year.”

Van Gisbergen made his decisive break over Whincup in the second half of the season, recording 10 podium finishes in his last 10 starts.

Whincup encountered points disasters at the Wilson Security Sandown 500, Supercheap Auto Bathurst 1000 and at the ITM Auckland 500, where he slid into van Gisbergen and spun them both.

At Sydney Olympic Park this weekend, van Gisbergen claimed one pole, the $10,000 ARMOR ALL pole position award and went 3-1 in the two races, clinching the Sunday 250km race for the fourth year in a row.

Whincup qualified second and 10th – after a mistake in the Sunday shootout – and went 1-4 in the races.

“I think a lot of people were surprised that it was my car that was the consistent one and not the fastest one,” van Gisbergen said of the championship battle.

“So as a driver I am always my harshest critic on making mistakes and I think I really improved that this year.

“For me it is critical moment to win it on consistency.”

But van Gisbergen says he still has work to do if he is to beat Whincup again in 2017.

“Jamie was really fast in a lot of races this year so I needed to pick up my game and now that I have found consistency search for some speed.

“He is a very good qualifier so I have to step that up a little bit more too.”

Van Gisbergen also expanded further on his passion for Supercars racing, which he confirmed his ongoing commitment to yesterday. He said the upcoming Gen2 technical rules which will allow engines other than V8s and body styles other than sedans appealed to him.

From 2018 he will race a five-door imported Holden Commodore powered by a V6 twin turbo engine.

“I think the changes for the future are exciting,” he said. “Things are changing and evolving and they are always moving into a new challenge.

“With the new motors and cars in a year or two I think it is going to be great and then we will see where it goes.

“As I said yesterday every time I go racing I come back here and it’s the best series, the best drivers, the best racing and I love it.”