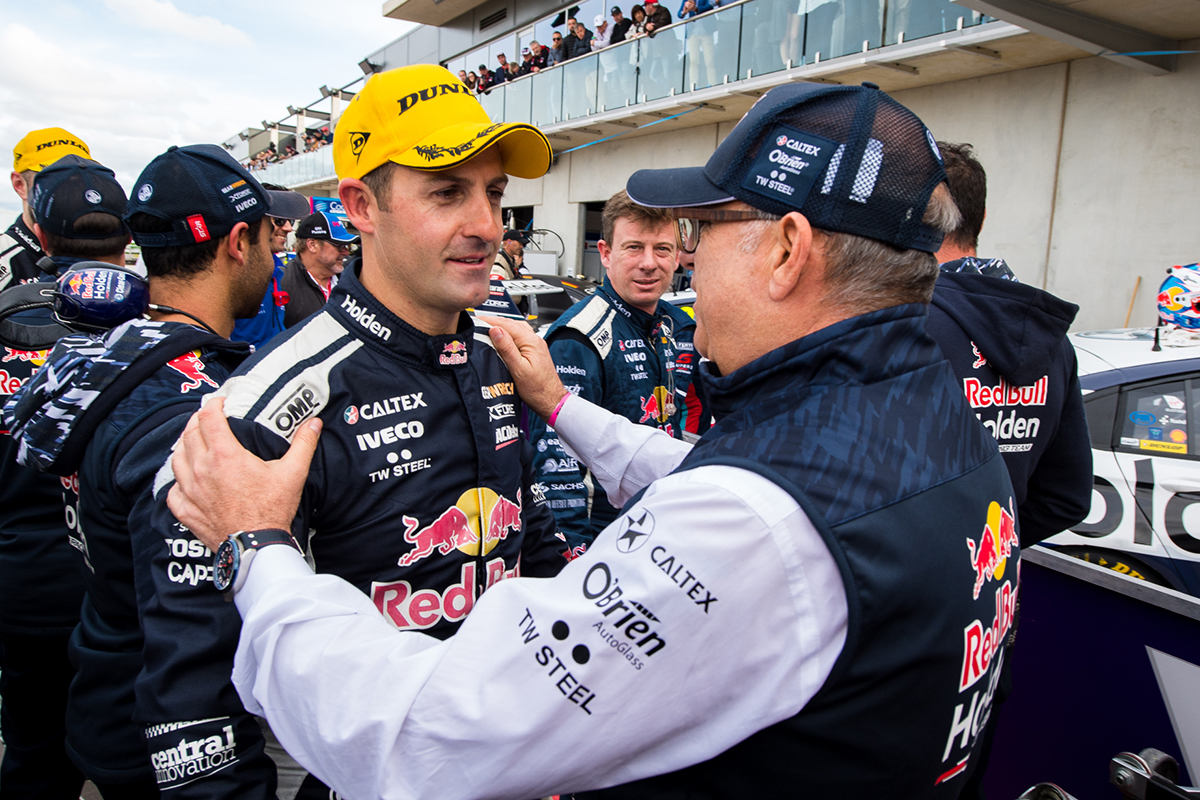 Triple Eight 'reeks of confidence' but is not arrogant, Jamie Whincup says, amid the team's hot run of form with the new ZB Commodore it developed.

Roland Dane's squad has won eight of the last 10 Supercars drivers' – including seven for Whincup – and teams' titles, and is eyeing more silverware in 2018.

Five wins in this year's first eight races was followed by an eight-race winless run, but van Gisbergen and Whincup have now combined to win six of the last seven.

That includes four one-twos and a victory apiece at the new Tailem Bend event, where van Gisbergen took the points lead.

Asked on Supercars Trackside if there was relief to come to a new circuit and dominate, Whincup cheekily said: "We reek of confidence down there.

"I wouldn't say arrogance, but we're confident that we can do the job, we know we've got all the tools in the tool-box, so to speak.

"We're never really lacking confidence, but it's great to come [to Tailem Bend] and get some good results.

"The competition is unbelievable at the moment, they're going to throw everything at us the next three race meetings.

"It's just good for everyone tuning in and everyone coming out to the track, it's just going to be a cracker battle."

Whincup put its Tailem Bend dominance down to "just hard work", having also taken ARMOR ALL Pole each day. 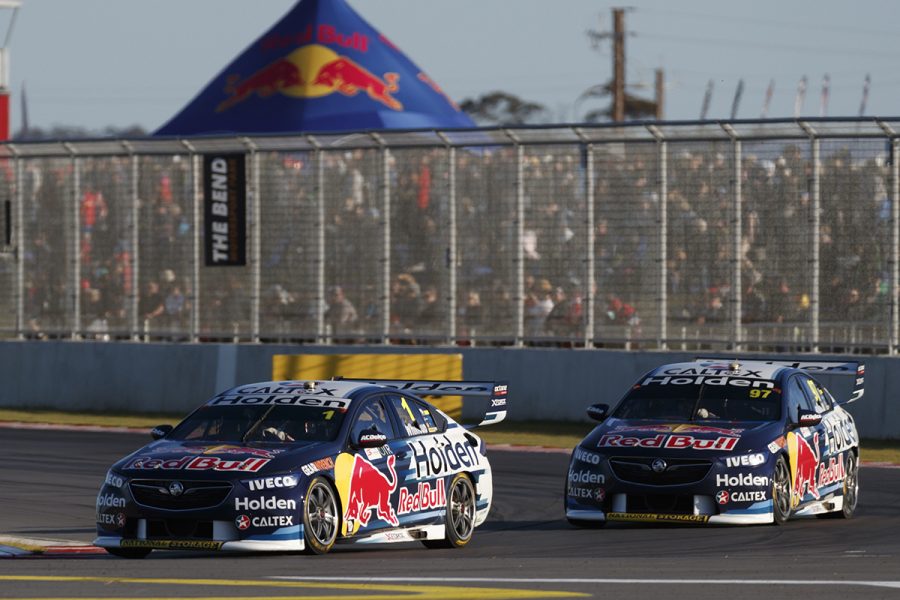 "I know it sounds cliche'd but at the end of the day we did our homework," he said.

"We burnt the midnight oil behind the scenes to make sure we came here strong and worked really hard during the weekend.

"I don't put it down to any more than that.

"The cars are so similar, everyone's got the same power, it just comes down to what you do with it and our group did a very good job."

While Triple Eight has the momentum entering the PIRTEK Enduro Cup, van Gisbergen is expecting a response from the Shell Fords after a muted Bend weekend.

Six months and 11 events into the racing life of the new ZB Commodore, Whincup believes there's more to come from the factory Holdens.

"There's no limit in this game, it's not like you get to a place and you're like 'that's it'.

"Although the underpinning of the car's been the same for a long time, we're still finding big gains on how to get the car around the track quicker, and we're still learning the new Commodore as well.

"There's definitely more to be gained, but that's no different to any team.

"That's what racing's all about, trying to bring the best buggy to the track and then doing the best job when you get here."