Jamie Whincup concedes Triple Eight is a "fish out of water" in this weekend's Liqui-Moly Bathurst 12 Hour, even with its Supercars record and all-star driver line-up.

A seven-time winner of the Supercheap Auto Bathurst 1000, including last October, Triple Eight is fielding a Mercedes-AMG GT3 in concert with GT squad Scott Taylor Motorsport.

Whincup is joined by Shane van Gisbergen and Craig Lowndes on the driving front, all three Supercars champions having also won the 12 Hour.

After a pair of tests with the Vodafone Mercedes, a mixed day left the trio 12th in the combined practice order, having been sixth, third and then 17th across three sessions.

A final practice effort from Raffaele Marciello, one of Whincup's 2018 team-mates in the 12 Hour, left GruppeM 1.1753 seconds clear of Triple Eight.

"It's fantastic to be back in a race car after the break and what an awesome place to do it at Bathurst," Whincup said.

"We're still coming to terms with the high aerodynamics in the Vodafone rocket. We've still got a lot of time to be gained.

"There's a lot of good that we've brought from Triple Eight here this weekend, which is helping, but we are fish out of water. 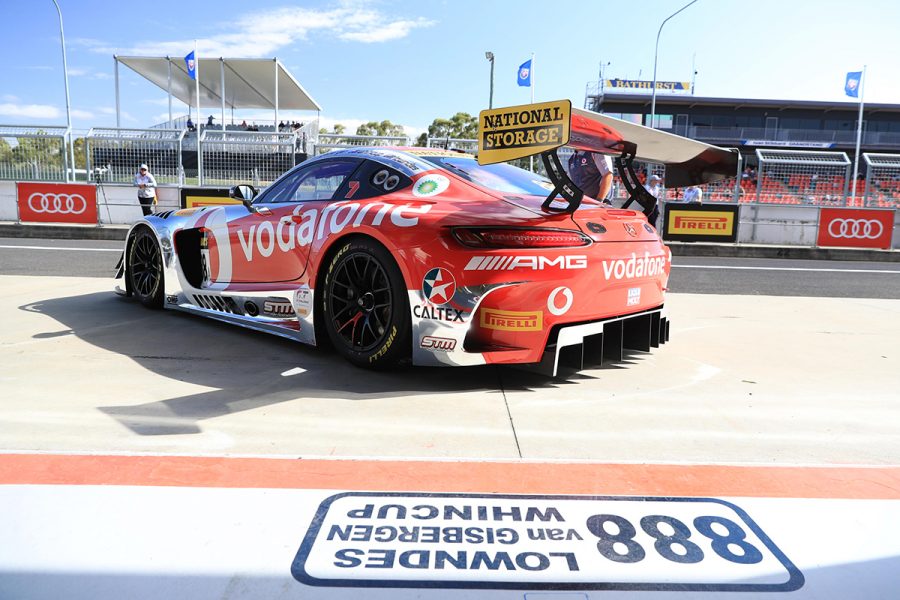 "We're in GT land here and there's a lot more experience up and down pitlane in knowing how to make these cars fast.

"We'll try to speed up that process as much as we can and work hard all weekend, but at the moment we're lacking pace.

"To be competitive you need pace and that's where we're focusing."

The entry missed 13 minutes in Friday's hour-long final practice after Whincup grazed the left-rear corner at The Cutting, with Lowndes then fighting understeer.

Van Gisbergen was in the thick of the action in the first session for the full field, tangling with a Ferrari heading into Murray’s Corner.

Final practice starts at 8:35am on Saturday, before qualifying later in the morning and then the Pirelli Top 10 Shootout at 4:40pm.