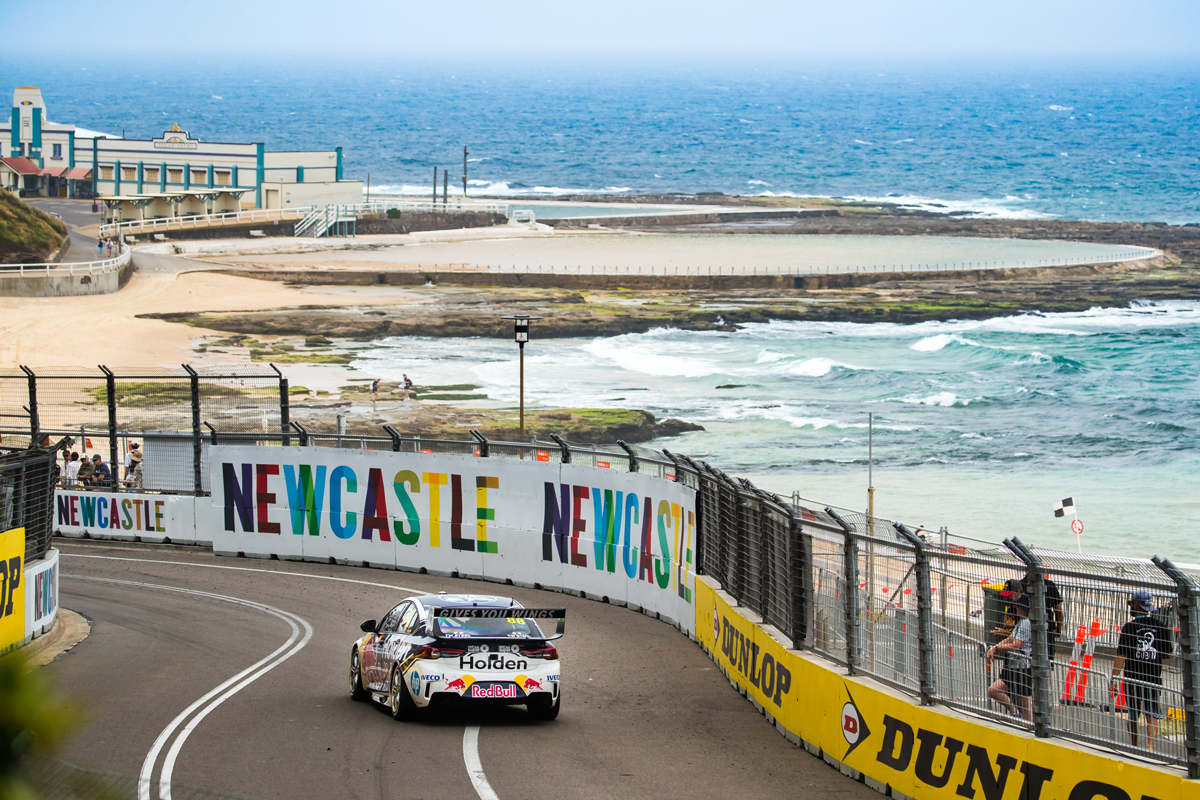 Jamie Whincup has claimed provisional pole for the first leg of the Coates Hire Newcastle 500 with the fastest lap of the weekend thus far.

The Red Bull Holden Racing Team ace recorded a 1:10.1823s to put himself in the box seat for today’s ARMOR ALL Top 10 Shootout, as just nine tenths separated the first 22 cars.

It follows a strong Friday for Whincup, in which he led Practice 2.

“It's so difficult to get a real clean lap,” noted Whincup.

“I don't think anyone maximised then, that just shows how difficult the track is. The conditions are forever changing every session as well.

“We were confident, we went in early, did the best lap time we could and wasn't sure halfway through the session if it was going to be good enough, but at the end of it, it was.”

Van Gisbergen only just scraped through with a last-ditch effort to bump Mark Winterbottom out of the 10.

"My car is awesome on the old tyres, like all practice, put a new tyre on and we go slower," he said.

"It means it's a good racecar, but you can't pass around here, so we need to get the qualifying better and then keep our race pace.

The big casualties not proceed to the Shootout were Tickford’s Will Davison and Chaz Mostert, who ended up 15th and 16th.

Scott Pye’s return to the wheel of the #2 Walkinshaw Andretti United Commodore did not go to plan, with a crash at Turn 7 bringing out the red flags just after the halfway point of the session.

Pye locked up and barrelled into the tyre barriers, making for significant repairs for his crew and a tough race ahead from the back of the grid.

“I just made a mistake, I got it wrong,” Pye said.

“I got wide on the exit of the fast right-hander and then I was offline and just couldn’t slow it down.

“I locked up and didn’t even get it back down to second [gear] before I hit the wall.

“A massive screw-up on my part. I just made a mistake.”

The 29-year-old had spent time in hospital on Friday afternoon after suffering a stomach bug, with his PIRTEK Enduro Cup co-driver Warren Luff taking over for Practice 2.

“I was on a drip and everything so I feel a lot better, I’m more hydrated, probably more than I’ve been ever because I’m obviously getting it pumped straight into me,” Pye added.

“Unrelated. I just screwed up, simple. I’m just ‘devoed’ for the boys, I’ve given them a fair bit of work before the race. Devastated.”

When the session resumed with just under nine minutes remaining, De Pasquale led the field with a 1:10.4333, ahead of Slade and Courtney.

Drivers returned for a succession of flyers, with drivers impressively dodging traffic on the short street circuit.

The front five rows of the grid will be settled in the 1:15pm ARMOR ALL Top 10 Shootout, before this afternoon’s 250km race from 4:15pm.