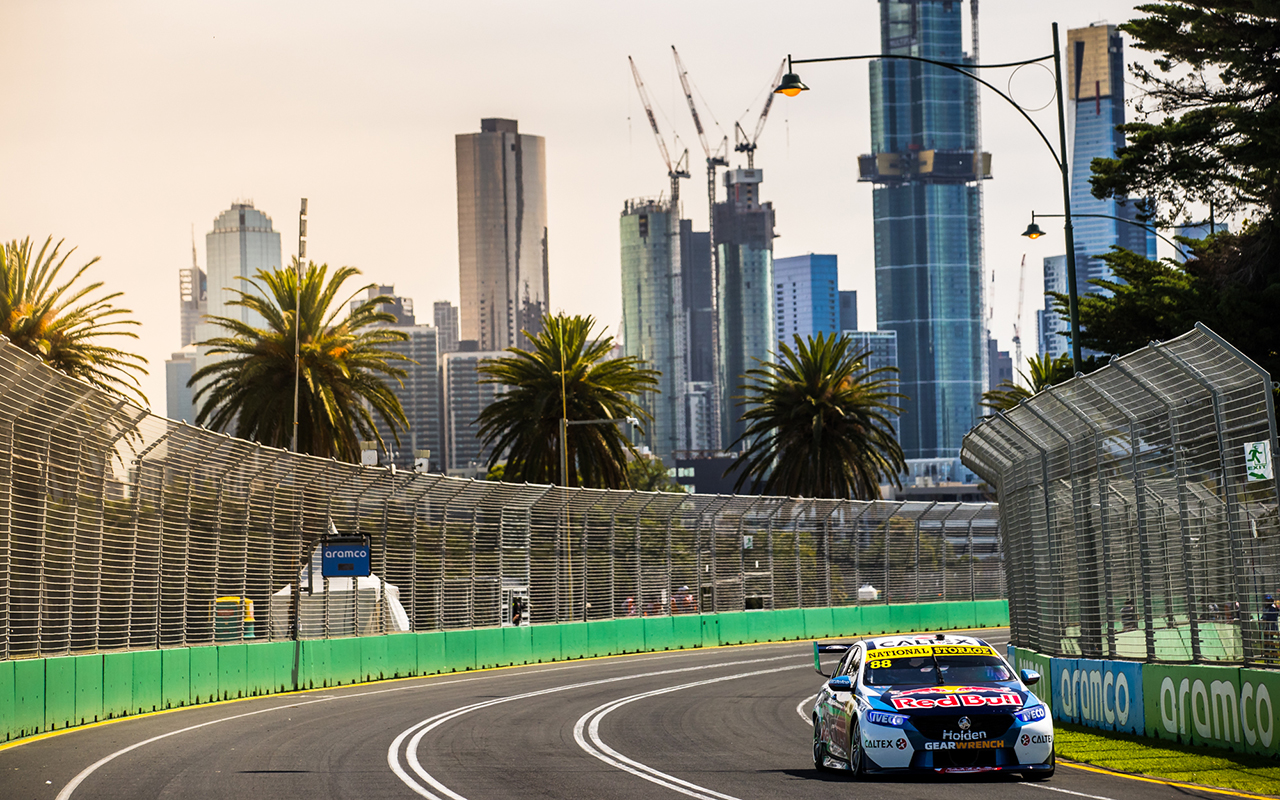 Having clinched a front-row berth for the sole Friday race, just off the pace set by his Red Bull Holden Racing Team stablemate Shane van Gisbergen, Whincup went one better.

As per the earlier qualifying session, both factory Holdens went to the top of the timesheets – but on this occasion they were split by Tickford Racing duo Cameron Waters and Will Davison.

Whincup, who nudged the Turn 10 wall in first qualifying, posted a 1:55.2809s to be just over a tenth quicker than Waters.

"Obviously both cars are really strong, so full credit to the engineers, they brought us some rockets," said Whincup.

"I didn't have a really good rhythm in the first [session] and then belted the wall as a result.

"Lucky it was only a bent rim, so once we changed the tyre set the car was back to brand new and really good through the middle sector."

Added Waters: "I've been driving like a bit of a dickhead through Turn 9 all day, can't get it right.

"I got it a little bit better on my first run, but made a bit of a mistake somewhere else.

"I knew it was kind of thereabouts [and] put it all together on the second; the car's obviously pretty good and the team can do it. "

David Reynolds recovered from qualifying a disappointing 17th for the first race to improve to sixth for the second heat, scheduled to begin midday Saturday local time.

Walkinshaw Andretti United was the only team to gamble with its qualifying strategy, sending Chaz Mostert out of sequence after the other 22 cars had completed their flying laps.

The net result was seventh, Mostert having threatened to go better with a purple first sector before fading.

"It helped us a little bit but we're still lacking some performance we'd like to have," said Mostert.

"I can't be disheartened, we've done a good, but we'd like to be aiming a bit higher after Adelaide."

Lee Holdsworth, Andre Heimgartner and Fabian Coulthard rounded out the 10.

Garry Jacobson was 12th in his strongest showing yet for Matt Stone Racing.

Supercars will return to the track in the morning for another two qualifying sessions, the first of which will begin at 10:10am.

They will set the grid for the second Saturday race and the sole Sunday heat.