Provisional polesitter Whincup will lead the field into Saturday afternoon's ARMOR ALL Top 10 Shootout, while grid positions 11-26 for Sunday's race are now set.

The Red Bull Holden Racing Team driver turned a 2:04.1093s inside a frenetic final minute, with his final margin over Reynolds 0.1555 seconds and McLaughlin also within two tenths.

The 40 minutes of running was the first in fully dry conditions of the rain-hit week at Mount Panorama.

After Reynolds and Whincup had brief stints at the top, McLaughlin turned the best lap of the first runs, a 2:05.3246s.

Championship leader Shane van Gisbergen overshot The Chase on his opening flying lap, Reynolds doing the same on his second.

James Courtney, after stopping in pitlane having overshot his garage, displaced McLaughlin during the second runs with a 2:05.1032s.

Whincup was the first into the 2:04s, turning a 2:04.5765s approaching the halfway mark to go half-a-second clear.

Reynolds went too hot into the final corner on his second run while on a lap that would have put him first.

The defending race winner nearly made amends on his third run, getting within 0.0041s of Whincup with 16 minutes to go.

Courtney then returned to the top with a 2:04.4759s, good enough to deny another improvement from McLaughlin.

With 10 minutes remaining, Whincup moved from first from third, further lowering the benchmark to 2:04.3021s.

Waters was, moments later, denied an improvement metres from the control line, when the red flag was called to retrieve Jack Le Brocq's stricken Tekno Commodore. 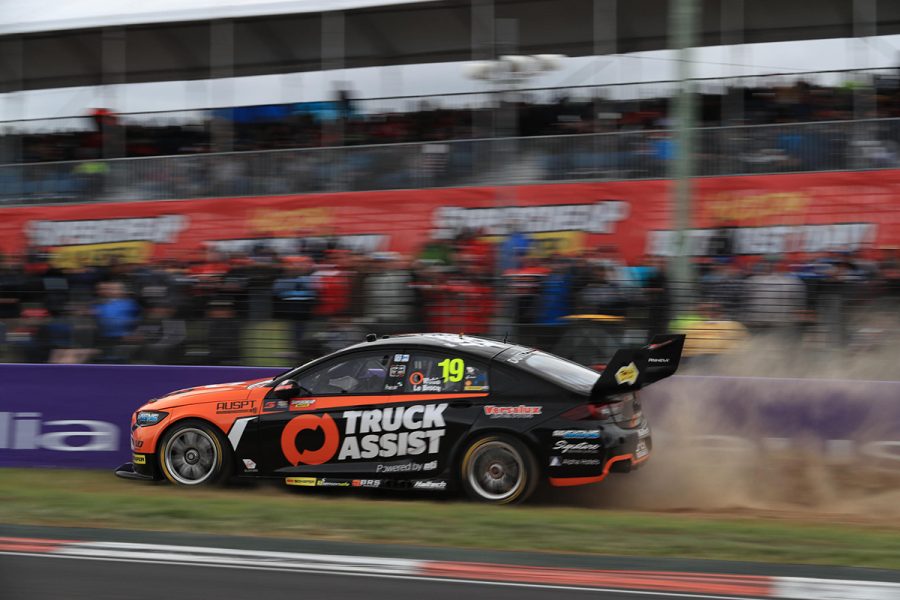 Le Brocq clouted the outside wall on the exit of Hell Corner and stopped just off track.

The clock started again with nine minutes left, Courtney flying through the first two sectors and looking set to improve before fading in the final.

In a thrilling conclusion, McLaughlin and then Whincup flashed up to provisional pole inside the final minute.

“That was intense. I’ve done a lot of laps around this place, but never no dry practice before quali, new tyres and just hang it on the edge,” four-time Bathurst winner Whincup said.

“We improved the car [during the session], which is great, so I’m glad we went out and got the most out of it in the last one, otherwise we would have been pipped.

“That’s by far the quickest I’ve ever been at this place in a Supercar, so I couldn’t be happier.” 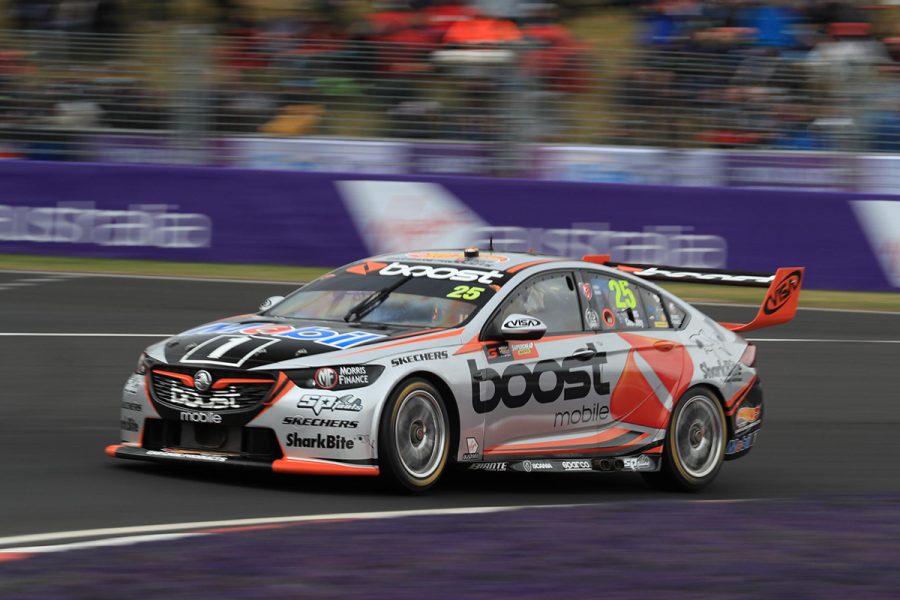 Van Gisbergen claimed fourth, ahead of Courtney and Craig Lowndes, who jumped up from 14th with 90 seconds remaining.

Tander denied Mostert a Shootout berth by just 0.566s, with another rookie in Golding also falling out amid the late flurry to 12th.

The lead Nissan was Andre Heimgartner in 13th, followed by Kelly in 14th and Michael Caruso in 16th.

They were split by Fabian Coulthard in the sister DJR Team Penske Falcon to McLaughlin's.

Le Brocq was stripped of his best lap time and fell to 25th, one spot behind Davison and will share the back row with Simona De Silvestro.