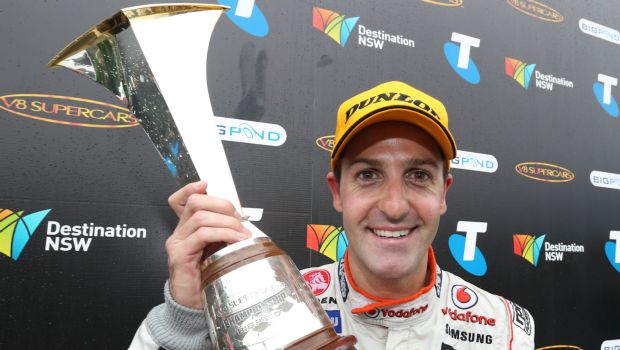 WITH his fourth V8 Supercars Championship safely now sorted, Jamie Whincup heads to Thailand this weekend to take part in the annual Race of Champions event for the first time.

To be held this weekend at Rajamangala Stadium in Bangkok, the event is something of an all-star event with a who’s who of world motorsport taking part in a range of events aboard a range of vehicles.

And Whincup will have massive support from his own Triple Eight Race Engineering squad for the Race of Champions, with 30 team members making the trek to Thailand to support him.

The four-time Bathurst winner turned down an invitation to compete in the all-star event in Beijing in 2009 as he focused on claiming his second V8 Supercar crown, but has accepted for this year’s event – which is packed with massive names.

An annual event since 1988, the end-of-season contest brings together drivers from all sorts of backgrounds and puts them against one another in identical machinery.

Drivers pair up for the ROC Nations Cup on Saturday before the individual Race of Champions on Sunday.

The Race of Champions event – being held for the 25th year in 2012 - has been hosted by an amazing array of venues in recent years including London’s Wembley Stadium, Beijing’s ‘Bird’s Nest’ Olympic Stadium, Stade de France in Paris and Düsseldorf’s ESPRIT arena.

Whincup will compete for Team Australia alongside five-time World Motorcycle Champion Mick Doohan in the team’s element of the event on Saturday but has drawn a tough group in the solo competition for Sunday.

The top two in each group will advance to the knockout finals, while Whincup and Doohan will team in the ROC Nations Cup to take on Germany (with Vettel and Michael Schumacher), Thailand and an Asian team.

The Race of Champions features a range of machines including the Audi R8 LMS GT3 racer, VW Scirocco, Lamborghini Gallardo Super Trofeo and the popular Toyota GT86. Whincup and the ROC field will also compete in the regular ROC car, KTM X-Bow and Euro Racecar in the event.

Australian viewers can see how Whincup performs with all of the action live from the Race Of Champions on SPEED this weekend.

The solo element of the competition will be live in the early hours of Monday morning from 12.00am and replayed at 9.30am and 7.00pm.

For more on Race of Champions: http://raceofchampions.com