Jamie Whincup says he takes full responsibility for the first-lap Newcastle collision with Michael Caruso’s Nissan that has jeopardised his quest for a seventh Supercars title.

Leading Scott McLaughlin by 30 points at the start of the day, Whincup tangled with Caruso on the first lap, hit the wall and had to pit to have bent right-front steering and control arms replaced.

He rejoined the race 13 laps down and finished 21st to salvage 42 points.

Race winner McLaughlin now has a 78-point lead, needing only to finish 11th or better tomorrow to take his maiden title.

“It was a really disappointing day and I take full responsibility for what happened,” Whincup said.

“I shouldn't have been up the inside of car 23 on lap one.

“You make contact all year - it was wrong place, wrong time and then boom I smashed the steering hard into the wall - it was basically the end of our day.

“I’m disappointed and I haven't made a mistake in a really long time but end of the day I will never say die, I will come out fighting tomorrow and see what we can salvage.

“The crew did an amazing job, they always do and this time they got the car out quickly.

“There's so many elements to motorsport and we got most of them right but unfortunately today it came down to my errors.

“I just made one at the wrong time.”

All three Triple Eight drivers blotted their copybooks in the first race on the new street circuit. 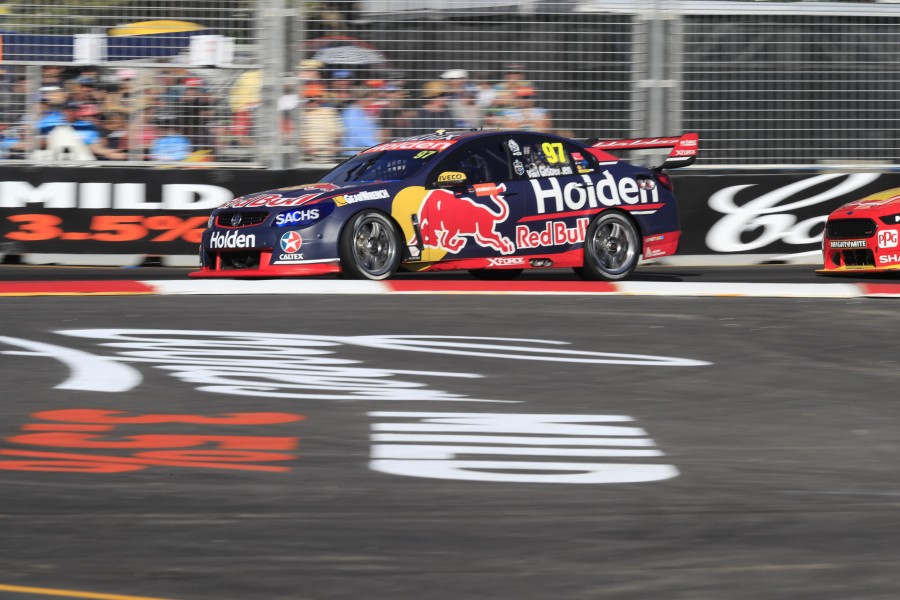 Shane van Gisbergen was in podium contention despite struggling for pace and ultimately crossed the line in fifth, but was handed a 15-second time penalty for contact with David Reynolds.

That demoted the reigning champion to 16th, and left Reynolds livid.

“Going into the main race we still had a good car and had good confidence but that changed quickly,” van Gisbergen said.

“It's certainly one to forget, that's for sure. Now, we have to make the car better and try again tomorrow. 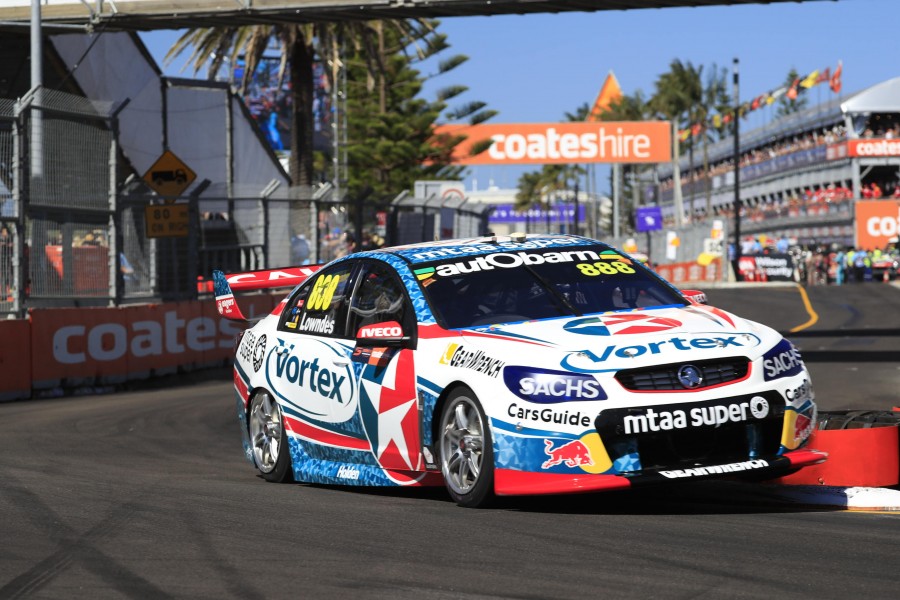 In the final weekend with Caltex sponsorship, Craig Lowndes was on track for what would have been just his second podium of 2017 before collecting the Turn 12 exit wall in the final stint.

Lowndes started 20th, but went on an alternate strategy when he opted not to pit during the first Safety Car period.

"It was a disappointing finish to the day,” Lowndes, whose DNF was his first of 2017, said.

“We obviously had some issues through qualifying, we didn't get the best out of it but we rectified that through the race, we had a great strategy.

“Our aim was to stay in clean air and maximise the speed if we could, which we were able to, and we had fantastic tyre life which will serve well for tomorrow.

“We were looking for a top five finish today which would have been fantastic for us but we just made a little mistake in that last corner.

“The outside of the track is very dirty and I just slid down and hit the concrete wall which then damaged the left rear corner of the car.

“I’m really disappointed, we had a very strong car today. I'm looking forward to tomorrow, we will qualify much better.”

2017 Coates Hire Newcastle 500  ›
Stay In The Know
Sign up to the Virgin Australia Supercars Championship Newsletter
This website uses cookies to improve your user experience. By continuing, you will be providing your consent to our use of cookies.Ok