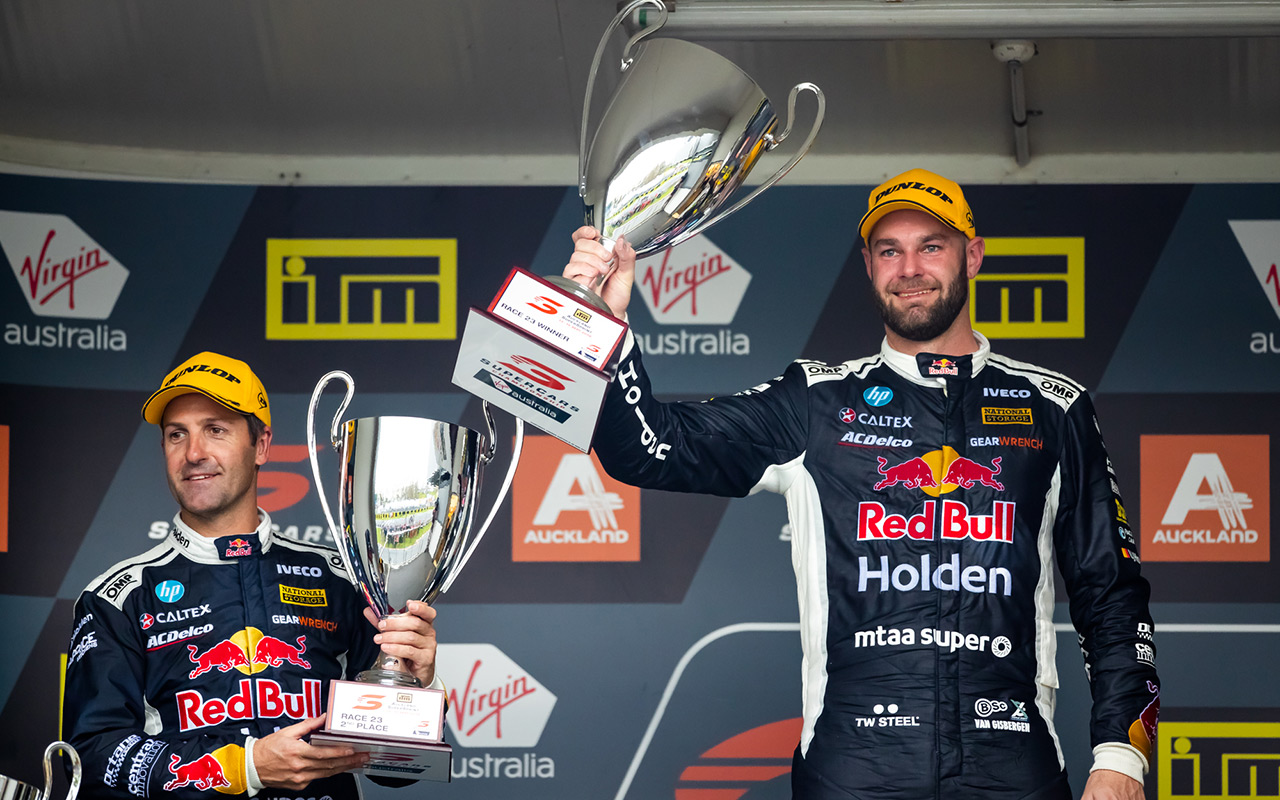 Jamie Whincup has lost his second-place finish in the ITM Auckland SuperSprint opener, due to a post-race time penalty for 'careless driving'.

Whincup has been hit with a 15-second post-race penalty after spinning Nick Percat at the Turn 8 hairpin on lap two.

It drops Whincup to sixth in the race result, costing the Red Bull Holden Racing Team a one-two finish.

The change elevates Cameron Waters to second and David Reynolds to third.

Percat recovered from the early incident to finish 12th.

"Following a post-race investigation and an admission by Car 88, Jamie Whincup, of a breach of the Code of Driving Conduct (Schedule 2.2.1 – Careless Driving – causing contact with Car 8, Nick Percat, on Turn 8 on Lap 2), the Stewards imposed a 15-second time penalty on Car 88, Jamie Whincup," the stewards report read.

The sanction was one of four applied for Race 23, the other three being enforced in-race.

Macauley Jones, Will Davison and Chaz Mostert all copped penalties for speeding in pit lane; the first two being handed 15-second penalties for being clocked at 45km/h while Mostert received a drive-through after entering the pits at 52km/h.

The stewards took no further action on the teammate clash between Tickford Racing’s Cameron Waters and Chaz Mostert, deeming that “neither driver was wholly or predominantly to blame.”

Shell V-Power Racing meanwhile was fined $1000 after Fabian Coulthard’s #12 Mustang ran over equipment in the process of leaving its pit bay in qualifying.