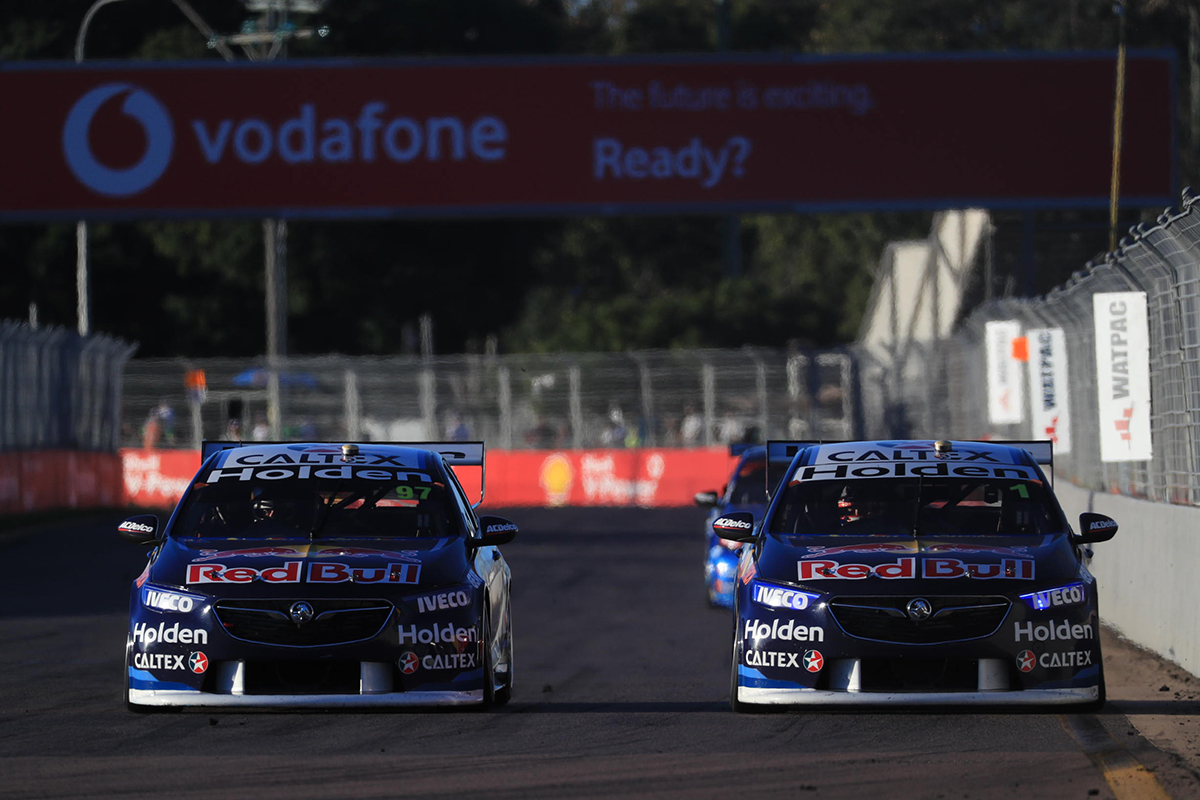 Whincup took a 10th victory from 20 starts at the Reid Park street circuit on Saturday, cruising away from the field and leading the team’s first one-two with the ZB Commodore.

It doubled up on Sunday, but this time with van Gisbergen leading the way, having topped provisional qualifying an the ARMOR ALL Top 10 Shootout.

The 2016 champion said on Saturday evening that he and engineer Grant McPherson might “need to go [Whincup’s] way on set-up” and 24 hours later said that paid off.

“Obviously it’s a street circuit so we’re normally fast anyway, so hopefully we can carry that momentum on.

“I feel like we learnt a lot all weekend, trying stuff in qualifying and hopefully that carries on at other tracks.

“Personally, I think it was a pretty awesome day for us. We made an evolution on the qualifying car but had a big change in the racecar.

“I think that’s the best thing about working with Shippy and the #97 guys, there’s no egos, they’re good at sucking it up.

“Obviously next door (Whincup’s garage) was better yesterday so we went that way and improved the car a lot in the race.

“It was really good, took me a little bit to get used to it and the pace was good.”

The third Triple Eight Commodore, Craig Lowndes’ Autobarn-backed variety, finished fourth each day in a strong weekend for the team.

Van Gisbergen led 51 of the race’s 70 laps, including both the first and third stints and the end of the second, after passing Whincup at Turn 11. 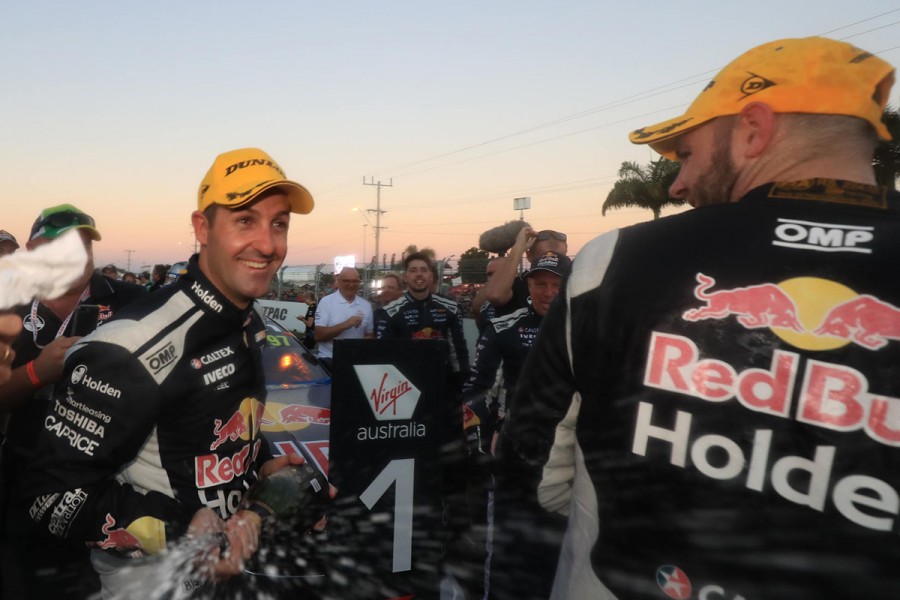 Whincup made his first pitstop six laps after the eventual winner, which gave him track position during the middle stint.

However the seven-time champion feels a sluggish getaway, in which he dropped from second to fourth, did the damage.

“It’s obviously an unbelievable team result,” Whincup, who was back to second by lap five, said.

“The story of my day was the start, just a poor start, dropped back in the pack.

“I thought we were OK in the second stint, the tyres were hanging in there but we had to go long just due to the poor start.”