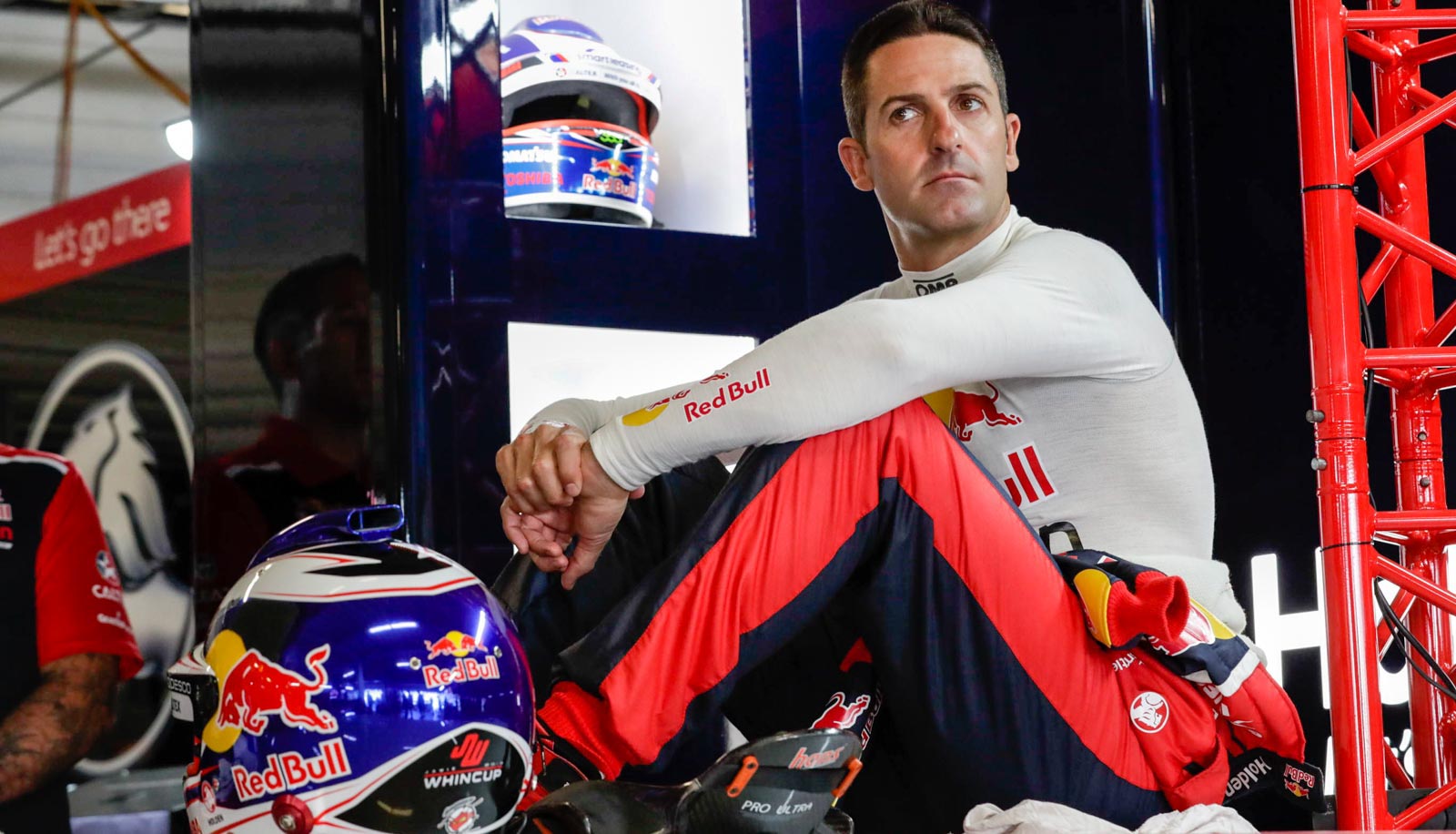 Jamie Whincup says the Coates Hire Supercars Challenge is the ideal opportunity to resolve the new car set-up issues that hampered his weekend at the Clipsal 500.

Whincup, who along with van Gisbergen and other Triple Eight team-mate Craig Lowndes received a new chassis for 2017, said he and engineer David Cauchi are still developing the finer details of setup in the new car.

“Two sixths isn’t a disaster, but it’s certainly nowhere near what we would have liked to have done,” Whincup told Supercars.com.

“We were quick and had some good pace, but didn’t refine the car as much as we would have liked.

“To be honest we know what the main issue was, but we’ll change a few things like we always do and see if it improves this weekend.

“Certainly, it’s not a test run and we have some pretty important people from Red Bull and Holden here.

“So we’re treating it just like any other event and going out there as hard as we can.”

The Melbourne-born driver mentioned preparation issues immediately after the Clipsal 500 but pointed towards setup direction as an area that needs to be improved.

“We did a lot on how we work together, me and my engineer, but we didn’t do a huge amount on what the desired setup would be for that particular circuit,” he added.

“We didn’t quite hit the ground running and we were a bit behind the eight-ball on the Friday.

“We’ll do a bit more work on that and go from there.

“It was more of a direction that we didn’t get right (in Adelaide).

“The other car got it very right and that was the difference.”

While Supercars drivers have given a mixed response to whether the new Dunlop tyres have delivered the significant changes some predicted, Whincup highlighted it as an area his side of the Red Bull Holden Racing Team garage needed to work on.

“It certainly gives out more grip, which is good,” he said of the tyre.

“It’s slightly different to the old construction and threw us a little bit.

“We’ll keep working on it in the next few rounds and try to get on top of it.”

Supercars will have four races at Albert Park, with teams competing on Dunlop’s new super soft throughout the weekend.