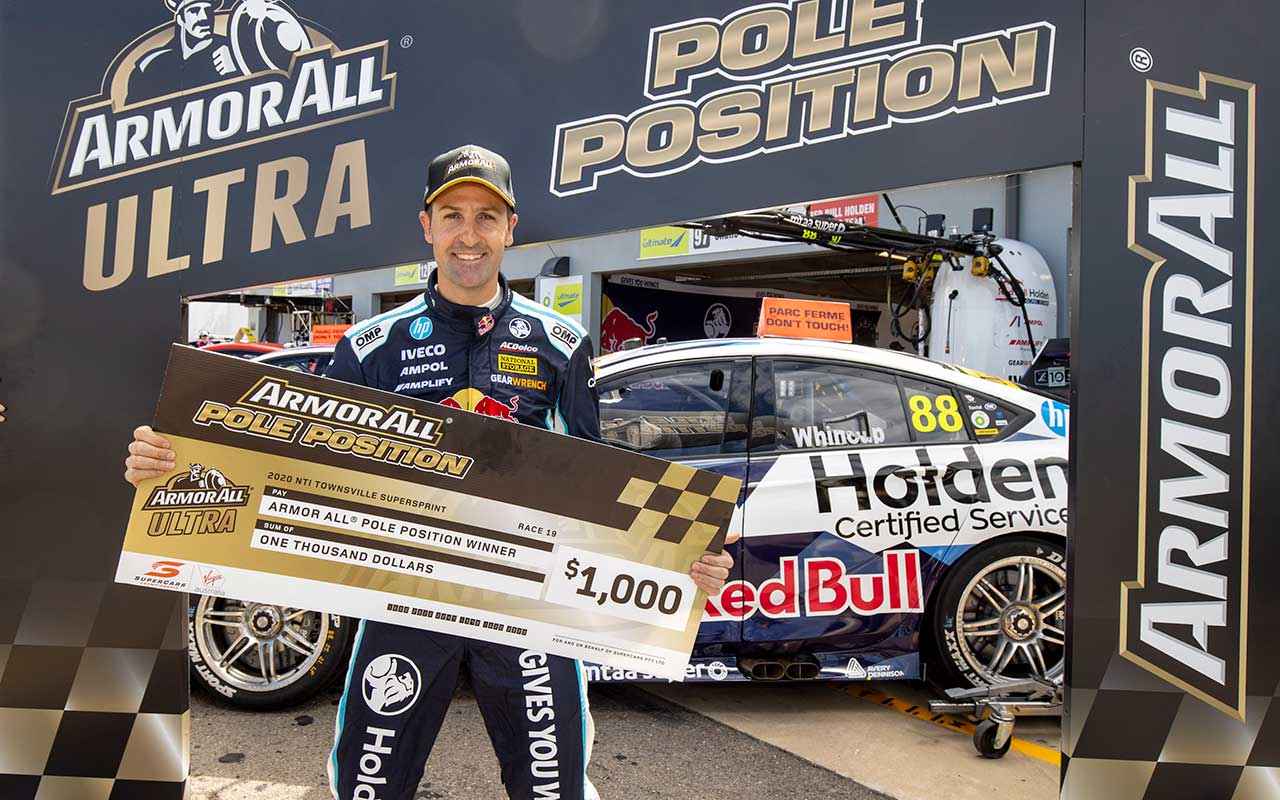 The big story though was Scott McLaughlin, who was a spectator for the Shootout after a mistake at a critical moment in Q2 left him to start 16th.

“I just made a mistake. You get one set of tyres, one chance and going into Turn 1, I made a little bias change for that run, just locked the rears and I was wide,” he said.

“Basically in this series, you make one mistake and you’re done. That’s why we love it. It is what it is. We’ll start 16th and just try and make the best of it.”

Whincup is now in a strong position to eat into McLaughlin’s 177-point championship lead in the afternoon’s 39-lap race.

"[It's] crazy how it turned around," said Whincup.

"We had a bit of a lemon in practice, and then [race engineer David] Cauchi tuned it up for quali and then another little tweak for the Shootout.

“The car was fantastic, I was lucky enough to get the most out of it.

"It would have been good to have the #17 in there to see exactly how quick we were against the whole field, but all in all we're happy with the pole."

Chaz Mostert had topped Q1 and Q2 to be the final Shootout runner, but could only manage third in the Walkinshaw Andretti United Commodore.

He’ll share the second row with Cameron Waters, who was third in Q2 and fourth in the Shootout after topping the morning’s two practice sessions.

“She was a bit wild,” said Waters of his lap.

“I just bombed it in a bit too much at Turn 3 and then pulled it back for the rest of the lap and the pace started coming back. I just over-drove it a little.”

Bryce Fullwood, James Courtney and Nick Percat will start eighth through 10th, with the Brad Jones Racing driver having denied Lee Holdsworth a Shootout spot at the last moment.

Jack Le Brocq had been the biggest scalp in Q1, failing to even turn a flying lap after the steering clevis at the bottom of the right-front upright broke early in the session.

The failure occurred after the Turn 7/8 chicane, where drivers attack the raised kerbing, and resulted in the Supercheap Ford heading down the Turn 11 escape road.

“It’s a bit of an odd one,” he said. “I don’t think I hit the kerb any different to what I had been doing.”

Jack Smith, Zane Goddard and Chris Pither also failed to make it out of Q1 and will fill 21st through 23rd on the grid.

The 39-lap opening race of the weekend will get underway from 3:40pm local time.