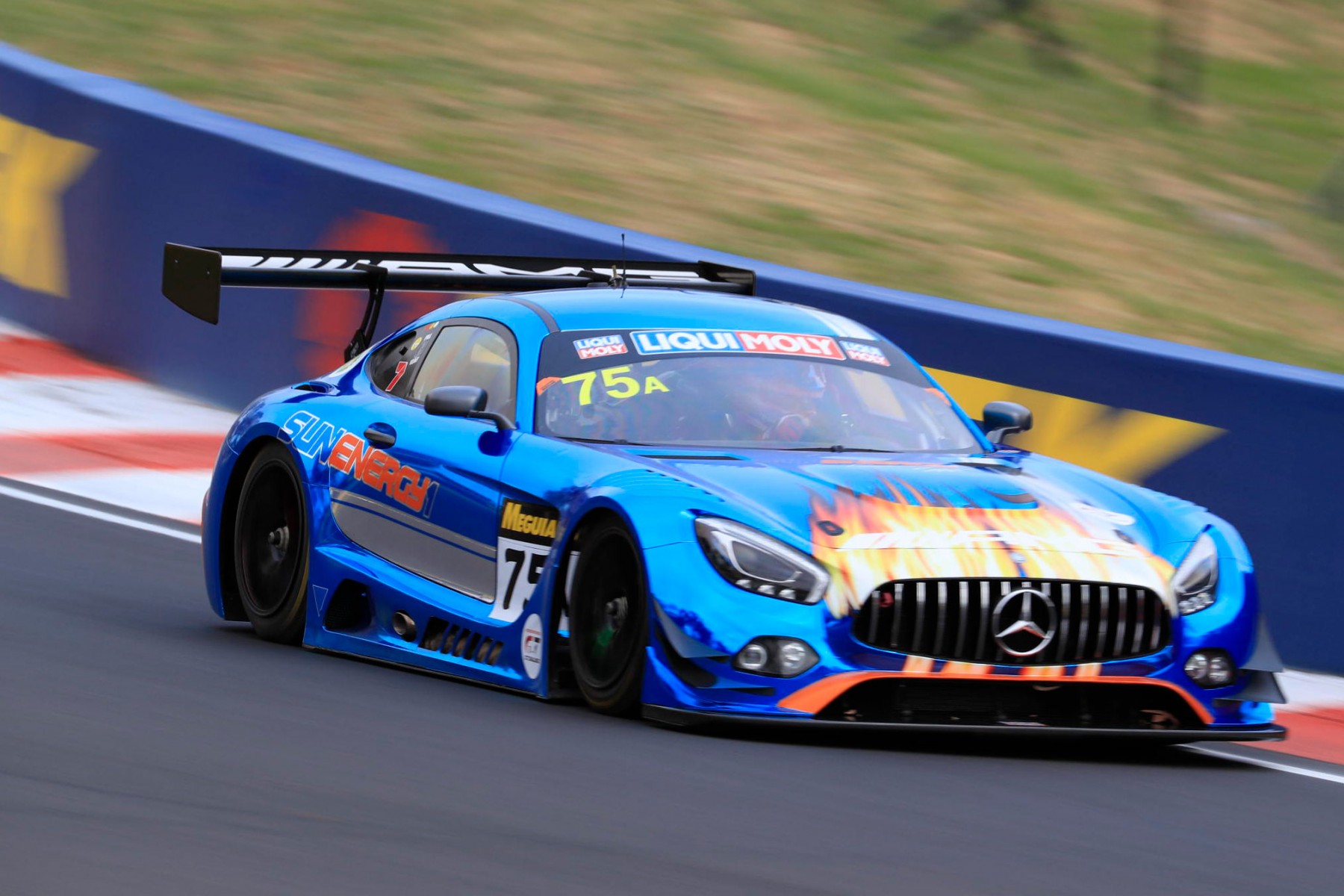 Jamie Whincup is confident that significant gains can be made with his Scott Taylor Motorsport Mercedes overnight to turn it into a Bathurst 12 Hour frontrunner.

It clocked the ninth, 13th and 21st fastest times in the three full-field practice sessions today, which were shared largely by Whincup’s three co-drivers.

Highly-rated Vautier and Marciello are Bathurst rookies, while businessman and car sponsor Habul last raced at the venue in a Formula Ford in 1999.

Habul and Marciello shared the car in the final session, ending up 3.7s from the front-running pace after red flags brought an early end to proceedings.

While the BMW and Audi runners set the pace throughout the day, no Mercedes cracked the top six in any of the sessions.

“I did five laps and only one of them was clear, so it was pretty much a non-event for me today,” Whincup told Supercars.com.

“We just gave the other guys some laps who aren’t familiar with the circuit. It’s hard to even report on the car because I literally had five laps.

“Tomorrow is going to be a big day for us to move the car forward and make it competitive.

“I think we’re OK, but we’re not the quickest by a long shot so we’ve got some work to do.”

Whincup noted that he was in a similar position after the opening day of last year’s event, where he shared a Maranello Motorsport Ferrari to victory on his GT racing debut.

“We did a lot with the Ferrari last year; it wasn’t that flash when we rolled it out and we moved it forward a lot and made it quite quick,” he said.

“I’m expecting to have to do exactly the same thing again, which is what motorsport is all about.

“It’s not about someone setting the rules and us driving around, it’s about working with the crew over the race weekend.

“With this car, I don’t know how much adjustment is there. If it was a Supercar we could make a heap of adjustment and move the car forward.

“But I’ll give my feedback and direction and we’ll see what we can change to make it better.

“I think there’s probably three-quarters to a second in just making the car more balanced and easier to drive.”

While Whincup joined a Maranello entry that was packed with Triple Eight engineers last year, David Cauchi is the only other addition from the Supercars squad this weekend.

Whincup says he’s confident that the team, even with an amateur driver in its line-up, can win the race.

“The team is good, I think the driver line-up is good, there’s no reason why we shouldn’t be right there,” he said.

“I wouldn’t have signed up if I didn’t think we could win it.”

The STM Mercedes proved Maranello’s biggest challenger in 2017, running second to Whincup in the closing stages when Shane van Gisbergen crashed out at The Dipper.